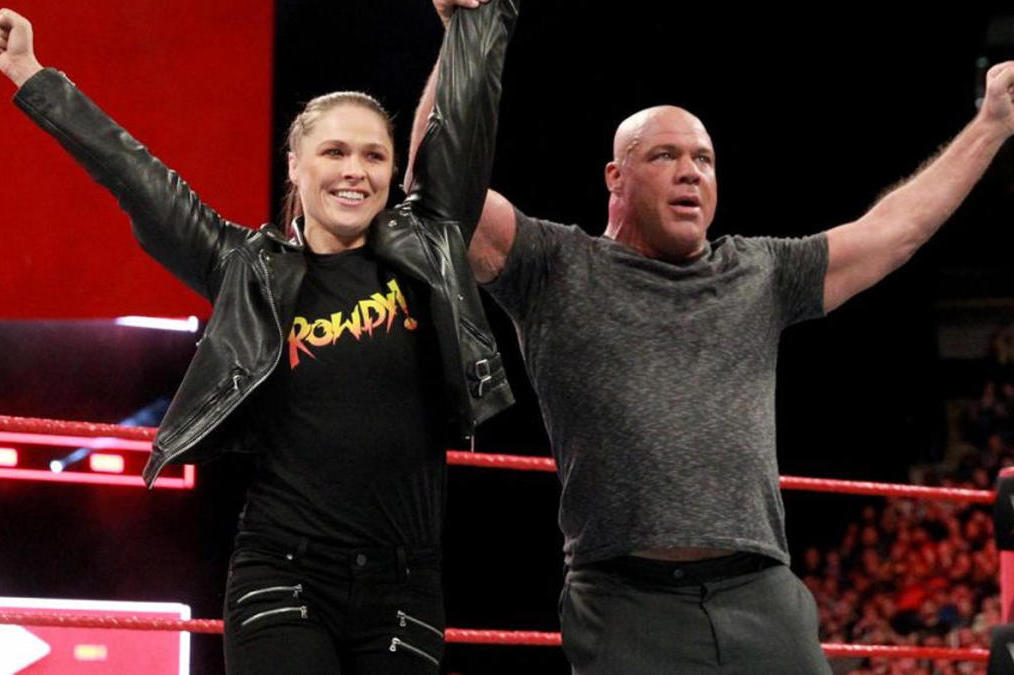 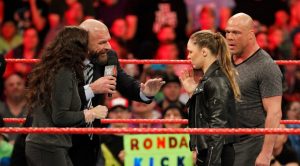 At her peak, Ronda Rousey was the biggest MMA star and had a dominant run in the UFC. However, following two losses inside the Octagon against the likes of Holly Holm and Amanda Nunes, Ronda Rousey retired from the sport and transitioned to professional wrestling.

Kurt Angle said in a podcast that Ronda Rousey picked up the Wrestling moves faster an anybody in the history of the sport.

“Only when I went down to Memphis after about six months and I did a few months down there did I get any type of consistent training” Kurt Angle continued. “Ronda was getting it every day, but she really came through. I mean her performance at WrestleMania was incredible. She did a fantastic job and she deserves a lot of credit, she has incredible work ethic.

“I think she wasn’t going to disappoint herself or anyone else” Angle stated. “She was going to make sure she hit a home run at WrestleMania, and she did. She picked it up, I think, quicker than anybody in the history of the sport. I think Ronda picked up the technique, very fast, and she made it her own. Everything she did, her throws and her submissions, they were all real. [It was] Judo, Jiu Jitsu type of stuff, she really made it her own, so she was very artistic in that aspect.”

Do you guys agree with what Kurt Angle said about Ronda Rousey?