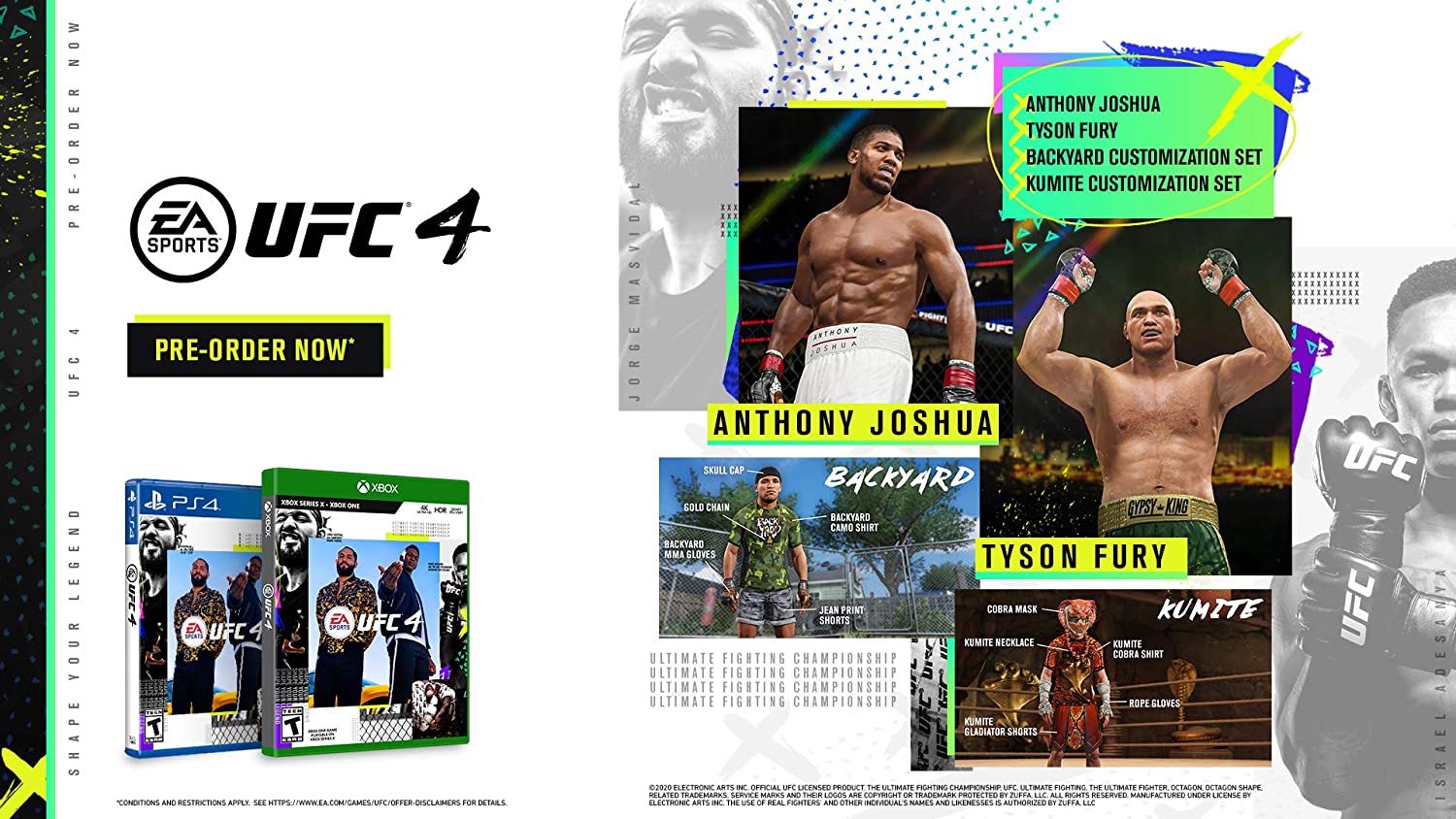 UFC 4 has BMF champion Jorge Masvidal and UFC middleweight champion Israel Adesanya will be on the cover according to UFC Leaks.

UFC president Dana White dropped hints about the presence of both boxers today during the UFC on ESPN 12 post-fight press conference last month. 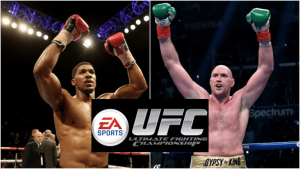 EA adding boxers on the title is not new, previously on UFC 3 which released in 2018, the game featured former WBC heavyweight champion, Mike Tyson. So the fact that Anthony Joshua and Tyson Fury will feature in the game doesn’t seem like that big of a deal. Both fighters have crossover appeal and are arguably two of the most popular athletes in the world.

Tyson Fury vs Anthony Joshua to take place in 2021

Anthony Joshua and Tyson Fury have verbally agreed to fight each other.

“It’s fair to say [Anthony Joshua and Tyson Fury] are in agreement regarding the financial terms of the fight,” Eddie Hearn said. “We’ve been talking to [Fury’s management team] MTK, giving them the assurances from Joshua’s side that all the details on the structure of the deal is approved from our side. And it is from Fury’s side, as well.

Are you excited about the game? Let us know your thoughts in the comment section below.