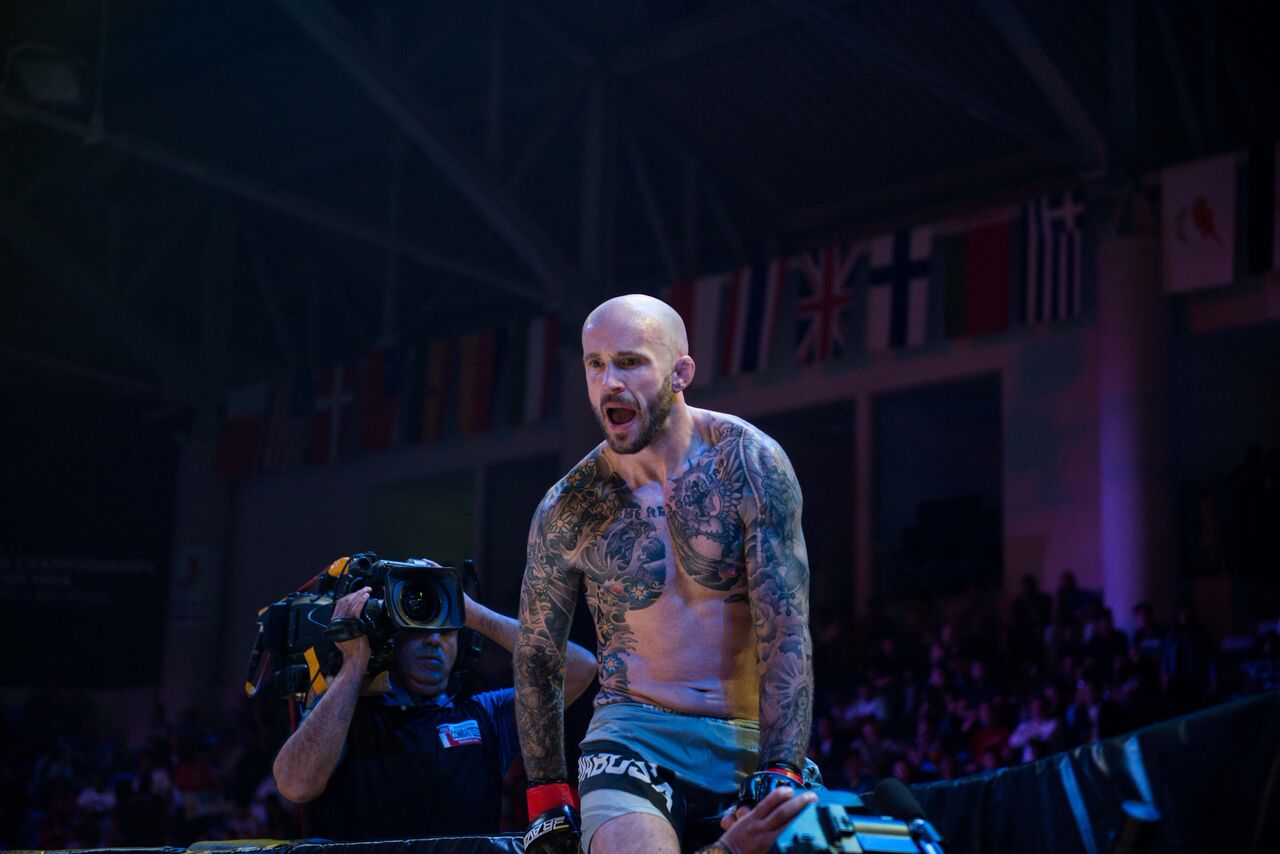 Englishman Charlie Leary is ready to fight in front of a hostile crowd as he takes on local hero Abdul-Kareem Al-Selwady at Brave 10: The Kingdom Rises, set for March 2nd, in Amman, Jordan. Coming off a spectacular third-round Knockout of Daniele Scatizzi last November, the Lightweight contender feels he puts on better performances facing athletes with the crowd’s support.
However, Leary is doubtful Al-Selwady will have the same confidence since the pressure to perform well in front of his countrymen could prove too much for the Jordanian rising star.
“I feel it all depends on how he deals with the pressure that comes with fighting at home. I mean, I love to go into people’s backyards, I feel great coming into his home and fighting him, I feel like I perform much better under those circumstances, and I don’t know if he can deal with the pressure of fighting at home. We’ll just wait and see”, says Leary.
However, the Englishman praised his future opponent regardless of his doubts, while admitting he hasn’t studied Al-Selwady’s game as much, because “fighters improve too much between bouts”.
“I haven’t really been studying Kareem’s game too much. A lot of fighters change too much between fights. I know I have done that. I’ve made big improvements between my last fights. So I don’t want to be looking at his past performances and judging him on them. With that said, I feel he had a very good outing last time, beating a top guy in our division, and I think he’s going to be very aggressive, but my cardio and power will be too much for him in the end”.
Brave 10: The Kingdom Rises marks the promotion’s first show in Jordan, home to some of Brave’s most decorated fighters, and the seventh country to host a Brave Combat Federation event, after Bahrain, Brazil, the United Arab Emirates, India, Kazakhstan, and Mexico.
Brave 10 Full Fight Card:
Featherweight title bout: Jakub Kowalewicz (Poland) vs Elias “Smile” Boudegzdame (Algeria)
Welterweight bout: Jarrah Al Selawe (Jordan) vs David Bear (France)
Lightweight bout: Charlie Leary (UK) vs “The Pride of Palestine” Abdul Kareem Al Selwady (Jordan)
Welterweight bout: Mohammad “The Latest” Fakhreddine (Lebanon) vs Tahar “Fast Hands” Hadbi (France)
Welterweight bout: Pawel Kielek (Poland) vs Tyler Hill (USA)
Bantamweight bout: Felipe Efrain (Brazil) vs Frans Mlambo (Ireland)
Featherweight bout: Dylan “The Nuke” Tuke (Ireland) vs Sodiq “Super” Yusuff (USA)
Bantamweight bout: Jalal Al Daaja (Jordan) vs Crisanto Pitpitunge (Philippines)
Catchweight bout (74kg): Mohammad “The Killer” Ghorabi (Lebanon) vs Gadzhimusa “Deadshot” Gaziev (Russia)
Middleweight bout: Tarek Suleiman (Syria) vs Will Fleury (Ireland)
Bantamweight bout: Nawras “The Honey Badger” Abzakh (Jordan) vs Abdul Hussein (Finland)
Middleweight bout: Chad “Superman” Hanekom (South Africa) vs Ikram Aliskerov (Russia)