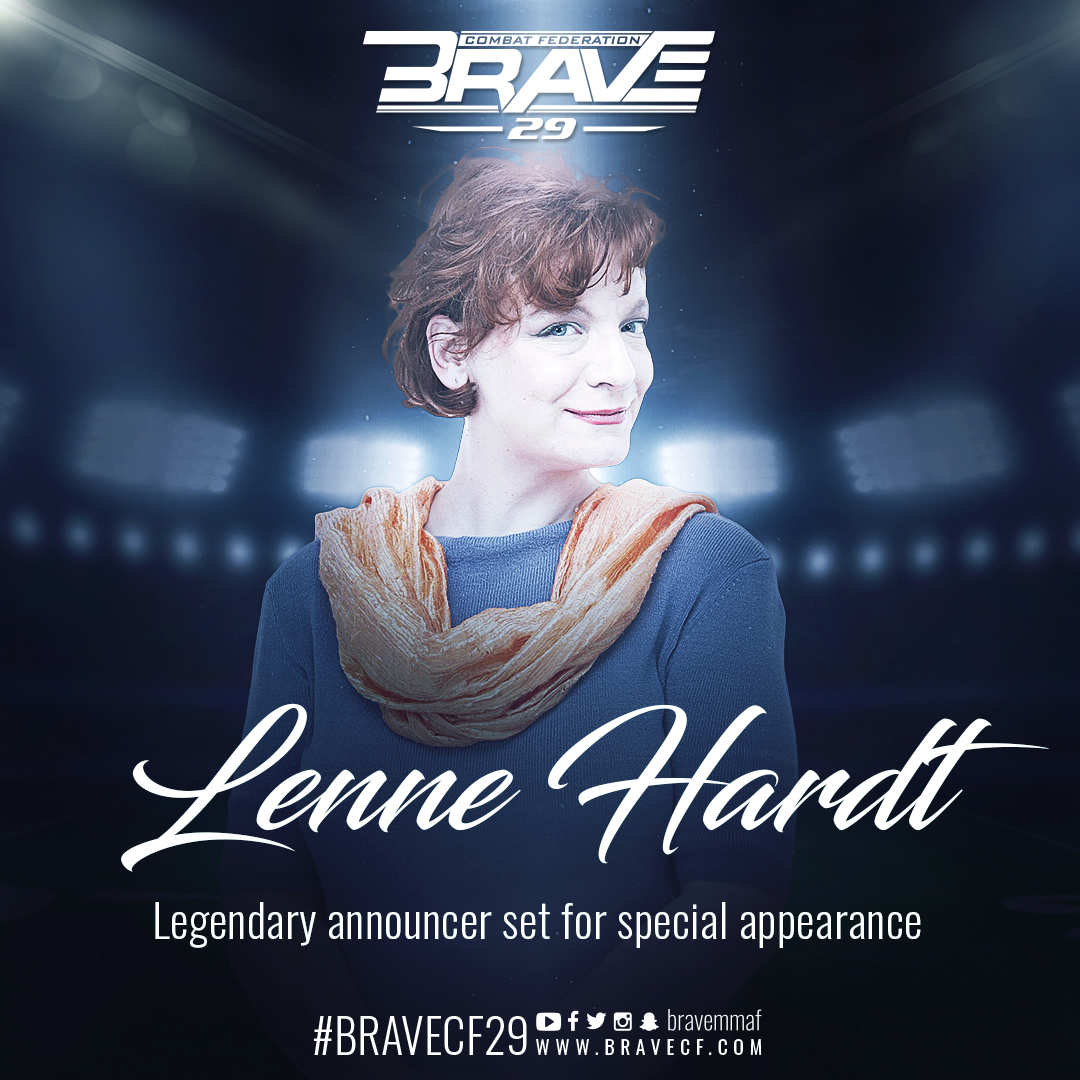 One of the most recognizable voices in mixed martial arts history, announcer Lenne Hardt will come back to the Kingdom of Bahrain to guest announce BRAVE CF 29, the biggest event of the year and Asia’s largest MMA event. Synonymous with PRIDE Fighting Championships, Lenne’s voice will once again be heard in a top MMA show on November 15th at the Khalifa Sports City Arena as she joins The Roaring Voice of BRAVE CF, Carlos Kremer, for announcing duties in a duet for the ages.
Known for the rolling of the letter R in her introductions, with shouting and exuberant descriptions of the fighters, Hardt became an announcer in 2000, during the PRIDE Grand Prix that took place in Japan. She has been involved in a BRAVE CF event before, as she co-announced the historical BRAVE CF 18 fight card last year.

In addition to 12 amazing fights set for BRAVE CF 29, Lenne Hardt will also reminisce as she will co-announce the fights of the inaugural KHK World Championship, a one-night, four-men, open weight tournament which will give the winner a US$100,000 check and the right to be called the provisional holder of the KHK belt, adorned with 6.2 kg of gold and the heaviest prize in sports today.
BRAVE CF 29 will be held during the BRAVE International Combat Week, Asia’s largest combat sports festival, alongside the IMMAF World Championships, as hundreds of athletes from 50+ nations will gather in Bahrain for what has been dubbed as the Olympics of MMA.