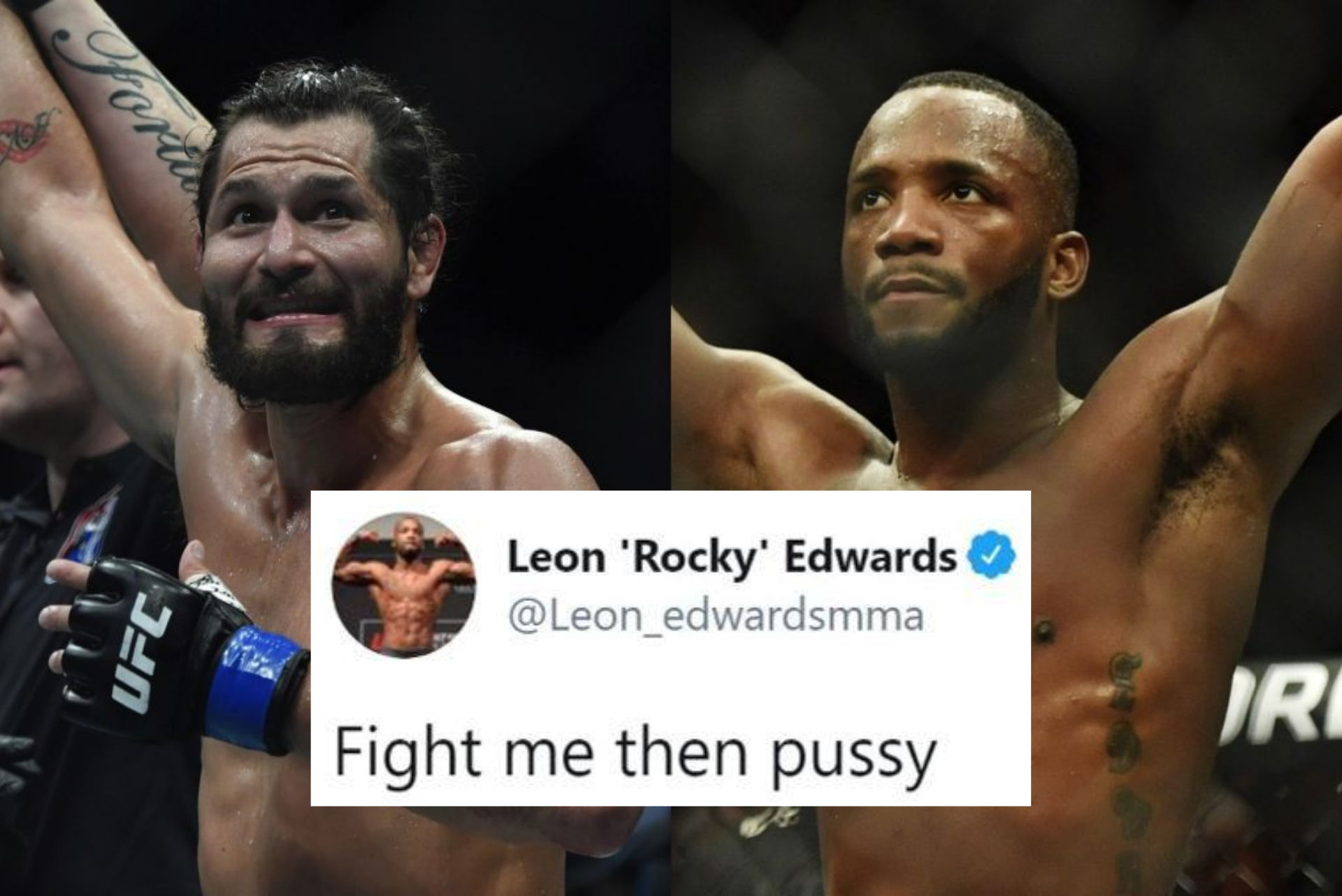 Jon Jones is currently in the lab putting on size to make his highly-anticipated Heavyweight debut sometime in 2021. And while UFC President, Dana...
Read more
Articles

Francis Ngannou is one of the scariest KO artists the UFC has ever seen.  The Cameroonian has superhuman knockout power and has demonstrated it...
Read more
Articles

Alistair Overeem has been a staple in the UFC for the best part of a decade now. For all the glory he has captured...
Read more

In recent times, a lot of spotlights has been on the UFC welterweight division. Adding to that spotlight, in a recent tweet – The #3 ranked contender Leon Edwards called out #4 contender Jorge Masvidal.

Jorge Masvidal recently fought for the welterweight belt in a much anticipated and action-packed line up against the champion Kamaru Usman at UFC 251 at Fight Island. He came up short against the champion but earned massive respect for taking the fight at a short after #1 contender Gilbert Burns tested positive for Covid-19. 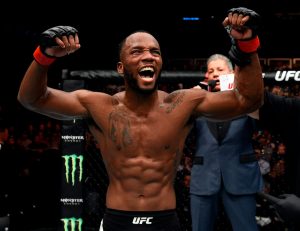 The welterweight division looks very challenging and confusing at this particular time. With the top 6 contenders calling each other out, it looks like a royal rumble. It’s rumoured that the champion – Usman would be fighting Burns, while #5 Tyron Woodley will be fighting #2 Colby Covington who lost his last match against Usman for the welterweight belt. In addition to this, if the above fight is scheduled to take place, then it is going to be very exciting to see the future face of this division where it is cut-throat competition.

Currently, Leon Edwards is on an 8 fight winning streak which makes him a dominating force to reckon. He stood victorious in his last UFC bout against Rafael dos Anjos during July 2109. Since then, he has taken a break and is preparing for the right challenge which would put him at the very top, in the race for the belt. The future certainly does look promising with certain fighters like Darren Till still hinting at a return to the welterweight division. What are your preferred fights to be made?

In a recent exchange of tweet battle, both the welterweight fighters called each other out, causing turbulence in the division. Mind-games has been on the rise since Conor McGregor used it effectively. The dirty talk is very critical in hyping the fight which eventually helps UFC to promote the fights and make the desired number of Pay-per-view buys.

“6 days. 20 pounds. Flew to Vegas. Vegas to Abu Dhabi. Fought the champ. Created the damage. He’s out for a minute. I’ve been ready since I got back. Time to move the division forward. Your move #supernecessary“

To which, Leon replied by taking a dig at Masvidal:

Fight me then pussy https://t.co/MCVgL73m0T

Please mention your thoughts on the upcoming fight and whether you agree with the upcoming series of welterweight fights.

Welcome to the MMA India show’s weekly MMA round up. We take a look at the biggest stories of the past week, which includes big...
Read more
Articles

After Curtis Blaydes pulled out of the main event fight with Derrick Lewis at UFC Vegas 15, the light heavyweight match-up between Anthony Smith...
Read more
Articles

Former WBC heavyweight champion Mike Tyson and former six-division champion Roy Jones Jr went back and forth at each other at the Staples Center...
Read more
Articles

Mike Tyson vs Roy Jones ends in a DRAW