Leon Edwards willing to fight Jorge Masvidal on the streets 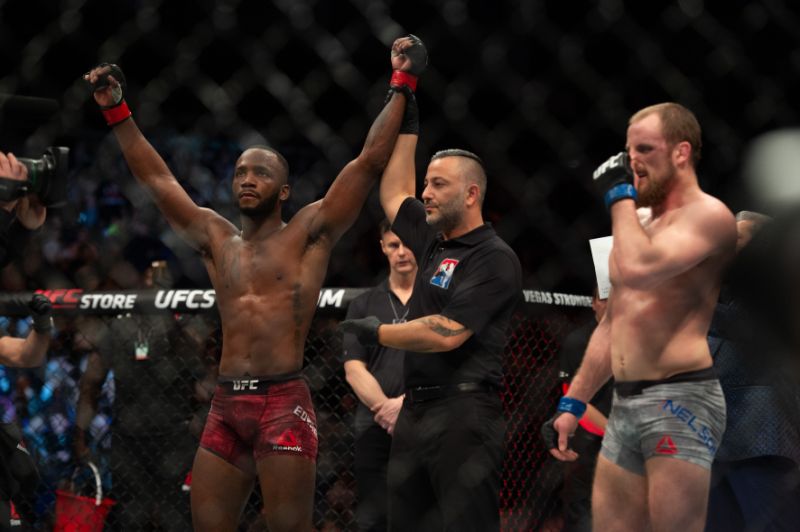 Leon Edwards is currently riding a seven fight win streak. He has the chance to take that number up to eight next month with a win against Rafael Dos Anjos. Apart from extending his win streak the victory against a former UFC champion can strengthen his claim for a title shot.

However, “Rocky” has his mind fixed on a different opponent rather than champ Kamaru Usman. He still hasn’t forgotten his backstage altercation with Jorge Masvidal that happened back at UFC London.

Edwards has repeatedly vouched for a fight with Masvidal. He has even went on lengths to describe how he craves to get his hands on the man that got his hands on him backstage in London. In the past he has “requested” Masvidal to not think about the rankings and have a dance with him inside the Octagon.

It all started when both the fighters were backstage after winning their respective bouts at UFC London. Masvidal had just defeated Darren Till in the main event. Edwards edged out Gunnar Nelson via a split decision. Edwards spewed some words towards Masvidal backstage. The latter walked up and threw a punch and then it was pandemonium all over the place.

However, the given the current affair of things, both the fighters have to wait for at least some time before getting their hands on one another. Masvidal will look to take care of his own business as he gears up to fight Ben Askren this weekend.

Edwards gave the undefeated Askren the edge when asked about he sees the fight playing out.

“Ben is a weird one, he’s (expletive) but he finds a way to win,” Edwards said. “It’s a weird one but I’ll probably edge Ben for outgrappling him.”