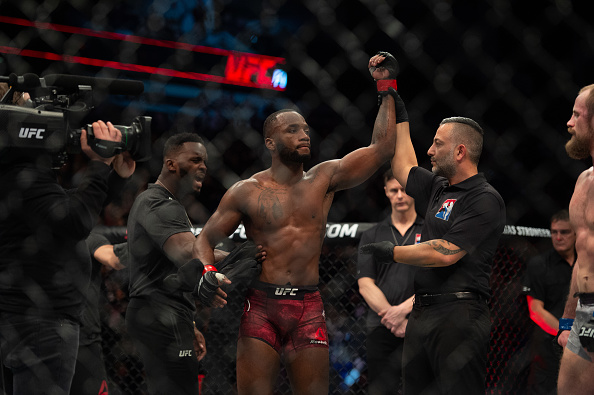 Leon Edwards might be in for a disappointment, but he has his heart set on a fight against Jorge Masvidal. Meanwhile, it appears that UFC has their heart set on a completely different opponent for Masvidal, with Ben Askren vs Jorge Masvidal being targeted for UFC 239. Edwards did the only thing he could and directly challenged Masvidal to accept his challenge.

After UFC London, Jorge Masvidal and Leon Edwards clashed backstage, with their fight escalating to blows so that they had to be separated by security personnel. Since then, there have been barbs between the two UFC fighters. Edwards’ brother, Fabian Edwards, also commented on the manner in which Masvidal had approached Edwards backstage.

You know rankings don't mean shit, you just came from 11 to fight #3. Stop making excuses and come get this smoke @GamebredFighter

If the fight were to take place, it would most definitely be personal between them.

For now, however, it appears that Masvidal will be focusing on Ben Askren, so it might help Edwards to focus his attention on a different fighter.