UFC: Leslie Smith reveals that Project Spearhead will include Bellator Fighters as well 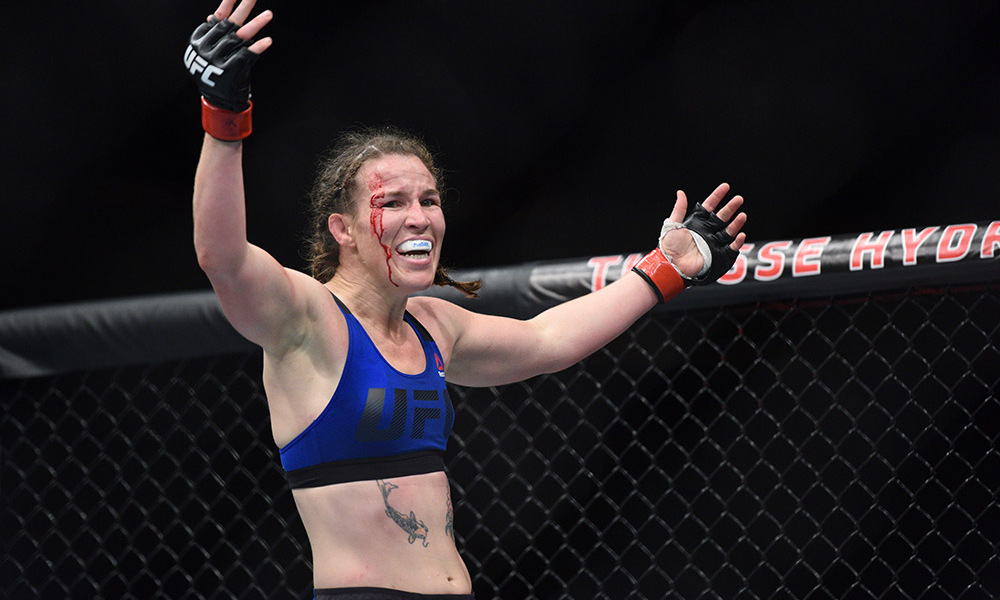 Leslie Smith made headlines a couple of weeks back with her unionization efforts called Project Spearhead. Earlier Smith had revealed about the project through a twitter post and the interviews that followed. However, during all these, the focus was primarily on the UFC fighters.

Now, Leslie has revealed that the project will also include fighters from Bellator. The WMMA star is currently serving as the interim president for the promotion and has also got Kajan Johnson on-board for the project as the Vice President. It was Johnson’s involvement in the project that played a crucial role in bringing in Bellator fighters.

In an interview with Bloody Elbow, Leslie said that she was initially hesitant about having fighters from Bellator as she was not working with the promotion.

“I’ve been open to working with other promotions — specifically Bellator — for a long time. I don’t know as many people in Bellator, so for me to just dive right in with Bellator, I didn’t see as clear a path with going after Bellator. I don’t have the same connections with the different fighters and I’m not as deeply involved with Bellator. But Kajan says that he is, and the goal is ultimately to help all the fighters that are fighting in the major organizations get treated. As soon as Kajan said that he sees a way to make it happen, then I said that was great and let’s do it.” Smith noted.

Still in the planning phase

The interim executive board of the project is yet to decide on how they will balance their plans to organize fighters from UFC and Bellator.

“There are definitely a lot of promising possibilities whether we keep it separate or together, and they definitely change with whichever approach we do,” she added.

The 35-year-old gave a shout out to Bellator president Scott Coker as well and said that she is excited about including Bellator in the project.

Previous articleUFC: Darren Till is apparently worried about the Light Heavyweight title
Next articleWWE Rumours: Bobby Lashley signs for the WWE