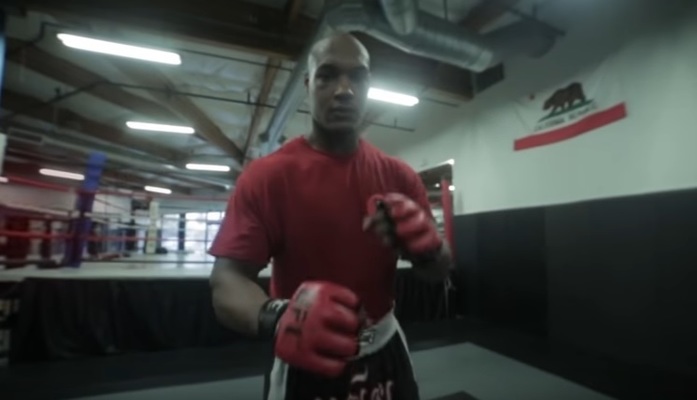 Combat sports and MMA in particular, is considered to be the most unpredictable sport in the world. However, many times it can be much more weird than unpredictable. Even more rare are the times when the beautiful combat sport of MMA gives us fans, highly unpredictable as well as weird moments. However, such moments don’t necessarily make the fans happy and sometimes leave them with a bad taste. The recently conducted LFA 36 event was one which had unpredictable but also had it’s fair share of weird incidents. In one such incident, after Irvins Ayala knocked himself out, Drew Chatman stood on the unconscious Aayala’s back and then proceeded to do a front flip.

LFA stands for Legacy Fighting Alliance. It is an American mixed martial arts promotion which is based out of Houston, Texas. It’s a relatively young organisation and was founded in 2017, as a result of a merger between Legacy Fighting Championship and Resurrection Fighting Alliance in early 2017. The promotion had its first event on Januray 13, 2017. It’s headed by Ed Soares as the CEO. The promotion also has a broadcasting deal with AXS TV.

“Conan The Barbarian” Ayala has an amateur MMA record of 5-0. He made his professional MMA debut against Chatman (has a 7-1 amateur MMA record) in the postliminary card of the LFA 36 fight card. During the very first round of the bout, Ayala brilliantly dropped his opponent via a leg kick. He then went in to deliver a hammer fist with full force to the grounded opponent. However, when he went down to hit Chatman with the hammer fist, he unintentionally, unwittingly hit his head at Chatman’s shin, while Chatman was in guard. Thus, Ayala knocked himself out cold.

Though, what transpired later was truly dismal. As Ayala lay unconscious, Chatman got up and stood on Ayala’s back and did a front flip to celebrate his rather dubious victory. He even slightly landed on top of Ayala after executing the flip.

Ayala was later declared the winner of the bout as Chatman had been disqualified for unsportsmanlike conduct.

Previous articleUFC: Josh Barnett has been cleared to fight by the USADA
Next articleUFC: Shogun gunning for a title shot with a win over Volkan