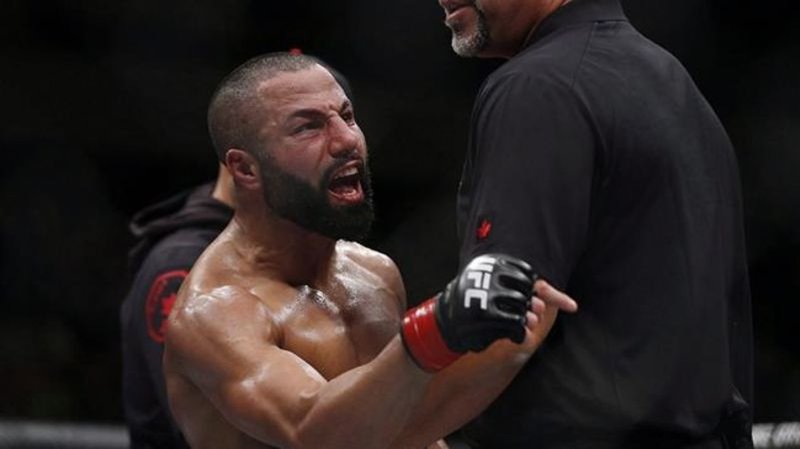 UFC lightweight John Makdessi recently saw his three-fight winning streak come to an end at UFC Brasilia. He took on another veteran Francisco Trinaldo where he suffered a lopsided unanimous decision loss.

Makdessi was satisfied with his performance, keeping in mind, he suffered a torn ACL. He however wasn’t happy with one thing about his fight, that is Michael Bisping’s commentary. 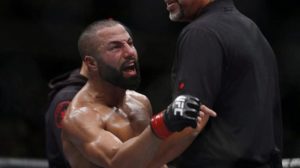 Speaking in an interview with FanSided, Makdessi addressed the issue. He believes a past beef between the two impacted Bisping’s commentary.

“He’s one of the fighters that was accusing me of stealing money,” Makdessi said of Bisping. “He was commentating. So once I got back home, I watched the fight, and I heard his commentary, talking about a lot of things that made no sense. I just find it very funny how a guy like that … he wasn’t the smartest fighter. He took a lot of damage, he took a lot of shots. And I’m very surprised by how he’s commentating. Especially when he was doing the commentary of my flight, you know, I found it funny how he said I was running away, but any intelligent person understands. When you look at my fight, you understand why I was moving a lot, because he was very aggressive. He was coming forward. So, as a counter fighter, I was just being the smartest fighter, I would move away from him to keep my distance, but also having an 80 percent torn ACL. So, all things considering, I find it very unfortunate that Michael Bisping of all people, was doing the commentary and by the way, when he was talking, you could tell he has a grudge against me.

Makdessi then addressed the accusations against him. He claimed them to arise due to his involvement in ownership of a company called Fear the Fighter.

“The fighters, they said I stole money from them, which obviously was false,” Makdessi said.  If anything, being a part of Fear the Fighter, having my name on as one of the owners, was one of my biggest learning mistakes because I trusted the people. But, call me a stealer, call me a thief, he’s incompetent. He sucks, he’s not even good at commentary.”

Previous articleUFC News: Halle Berry reveals she was almost in a real fight with Valentina Shevchenko during movie shoot!
Next articleFriday Fighter of the Week: Ritu Phogat