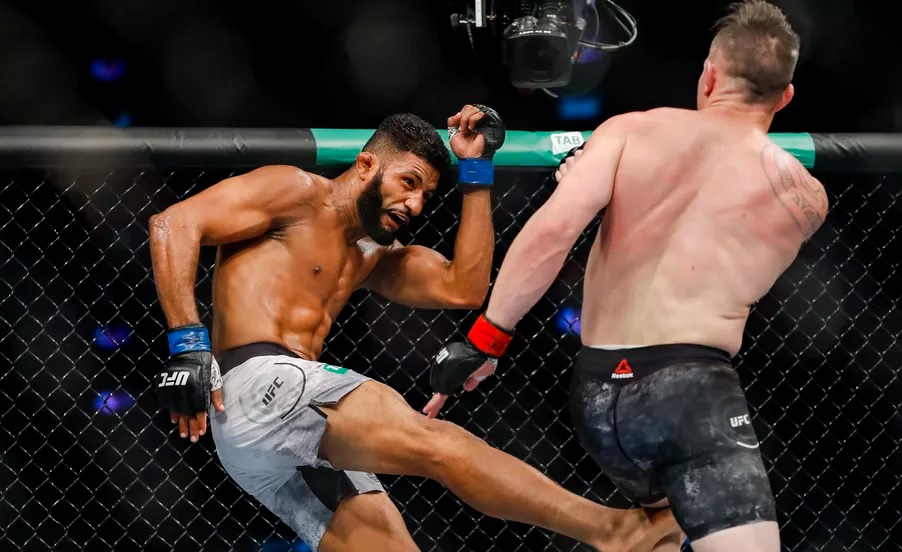 Dhiego Lima’s 500 kicks a day paid him off in big way.

The former “Ultimate Fighter” contender did more than he promised in the stand up for three rounds, but had to settle with a split decision win. The welterweight fight started off on a slow pace but Lima quickly upped the ante with his well placed leg kicks that stung Luke several times. By the end of the first round, Luke’s calves turned red causing him lose the speed and momentum. Whenever Lima was not kicking, he was making full use of his size advantage in the clinch and against the cage. Luke was way behind the scorecard and realized he had to do something big to win the fight. He managed to land his best strike with a punch that saw Lima shaken for a moment. Luke leaped to capitalize on the opening but Lima was quick enough to recover and retaliate with his own set of punches. Lima resorted back to using his kicks which were his main piece of ammo doing most of the damage. Luke never fully recovered from those devastating leg kicks and implement his game plan.

With this win, Lima is on a three fight win streak after losing three straight fights in between 2016-2018.

🇧🇷 @DhLimaMMA gets it done on enemy soil! #UFC243 pic.twitter.com/FwwzoQoD56