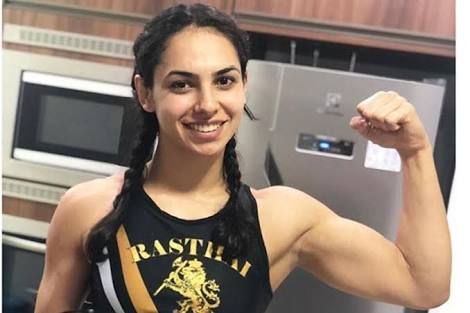 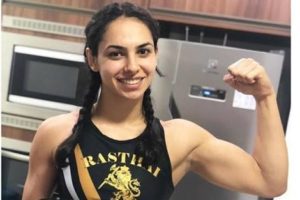 The assignment in front of her is tough one as well in veteran Joanne ‘JoJo’ Calderwood (12-3 MMA, 4-3 UFC). Not very often we see a debutant carry so much of hype. However, Lipski’s resume speaks volume about herself, which earned her the nickname ‘Violence Queen’.

Speaking with MMAjunkie, Lipski explained the bloody origins behind the nickname. (via YouTube):

Lipski claims the nickname has been coined due to her aggressive fighting style and bloody fights, which obviously the fans enjoy.

Lipski, only at the tender age of 24, has an impressive record of 11-3. Even more impressive is her 72% finishing rate which includes six brutal knockouts and two submissions. These stats make Lipski even more dangerous, especially at strawweight.