Listen to what Glover Teixeira told Anthony Smith as he was dishing out vicious ground and pound! 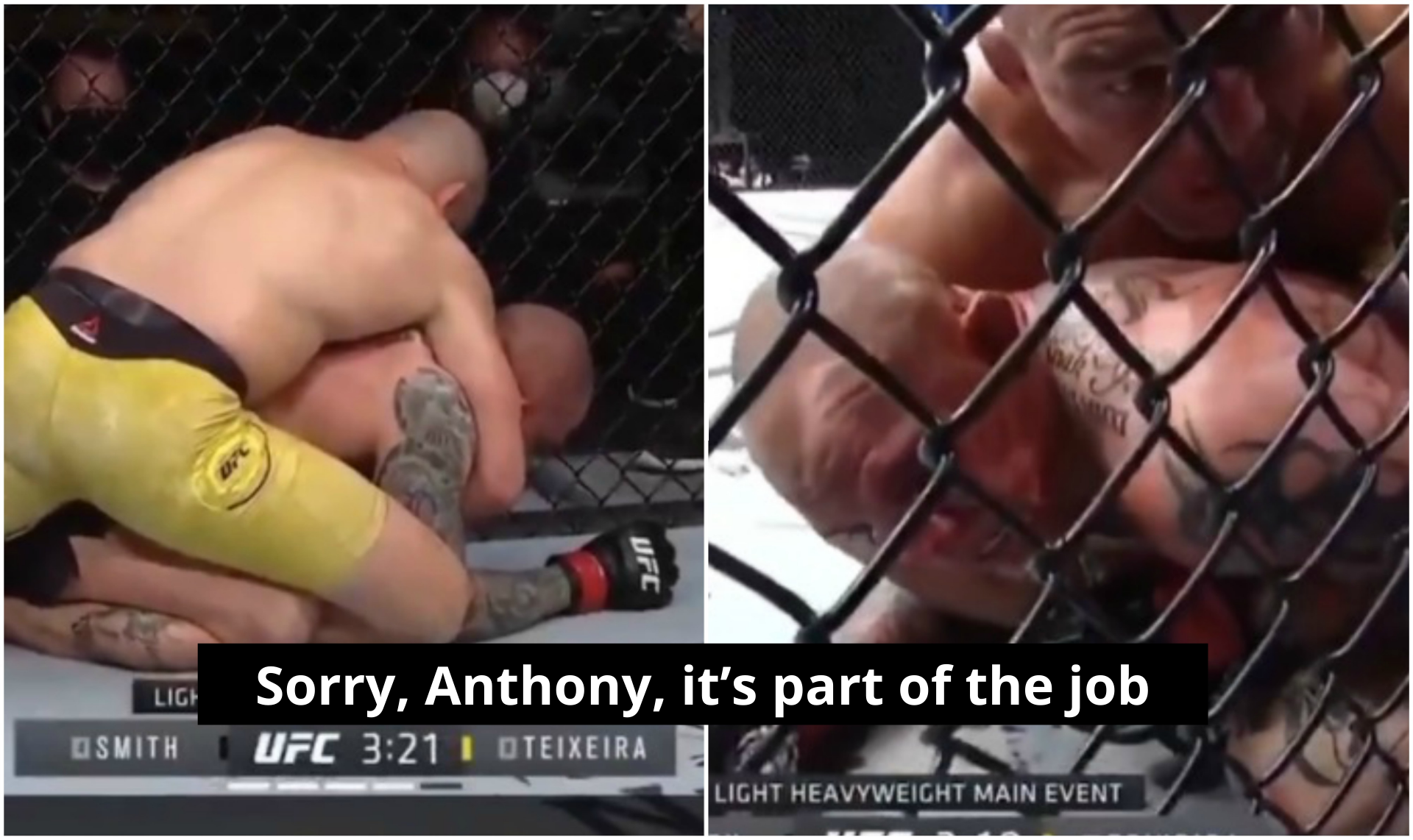 The main event of UFC Fight Night: Smith vs Teixeira was a highly entertaining one. On this card, former title challenger Anthony Smith took on the veteran Glover Teixeira. 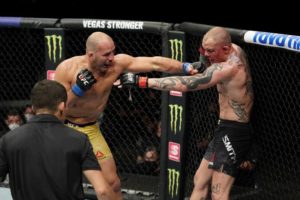 Referee Jason Herzog was generous enough and let Smith continue. In the third round, as Teixeira was dishing put vicious ground and pound, he apologized to Smith.

Teixeira: “Sorry. Part of the job.”

The beating then continued from fourth till 64-seconds into the fifth round, when Jason Harzog had seen enough and intervened to stop the fight. This has been a terrific late surge for the aging Brazilian.  To put it into perspective as to how vicious the beating was, Smith out-landed Teixeira  73-44 in the first two rounds. But the Brazilian bounced back to out-land Smith by 94-13 in the remainder of the fight.

He had an amazing 2019, where he defeated Karl Robertson, Ion Cutelaba, and Nikita Krylov. A stoppage win over a top contender like Anthony Smith who won full five-rounds with Jon Jones is a terrific feat. This even puts him in the mix for the title contention.

A title shot for Glover Teixeira?

Teixeira was ecstatic after the fight and told Daniel Cormier that he is now in the mix for another title run.

"You motivate me, man. You, Yoel Romero, those guys, that keep fighting the top [opponents]."@gloverteixeira is inspired by fellow 40 year olds @dc_mma and @YoelRomeroMMA #UFCJax pic.twitter.com/afcN3iHAbZ

“Like Rocky Balboa says, it’s not how hard you hit. It’s how hard you get hit and keep coming forward,” Teixeira said after beating Smith. “That’s what I’m about, baby.”

“You’ve got to open your mind,” Teixeira said. “You’ve got to go out there and look for help when things start going wrong, and that’s what I did. And here I am, baby. Get ready for another run at that title.”

What do you guys think of Glover Teixeira’s latest victory? Do you think he deserves a title shot against Jon Jones? Let us know in the comments section below.