UFC: YouTube sensation Logan Paul wants to fight in the UFC: ‘Dana White, get your head out your a** and sign me!’ 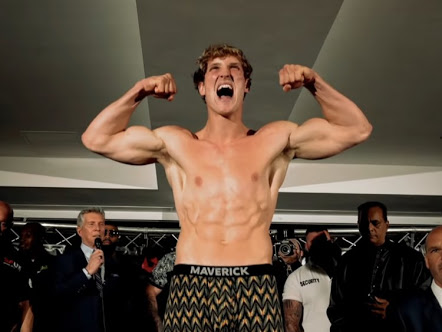 YouTube star Logan Paul already had a well established business amongst the YouTube community. Paul however decided to extend his stardom in the fight game!

Paul took on another successful YouTube star KSI in a boxing fight in August. What many thought to be a gimmick, actually turned out to be an entertaining fight with both Paul and KSI showcasing decent skill set. The fight ended in a draw. Paul has been campaigning for a fight under the UFC banner ever since. 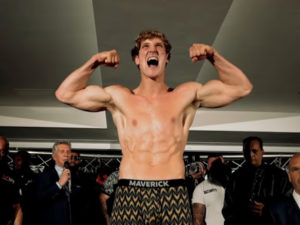 In a recent interview with TMZ Sports, Paul revealed that he was praised by none other than UFC color commentator Joe Rogan. Paul wants to present his case to fight in the UFC once again as President Dana White has already dismissed the idea of him fighting in the UFC most likely due to the failure of WWE star CM Punk’s UFC stint.

That being said, Paul accepted the fact that he won’t be aiming for ‘killer’ opponents like UFC lightweight champion Khabib Nurmagomedov. Ironically, Paul claimed he would be down to fight former double champ Conor McGregor.

“I would be honored for Conor to rip my head off”, said Paul.

Paul also ensured that if given an opportunity, he will give his all during the fight camp.

“If I get the chance to fight in the UFC, that’s my life. Dana, what’s good? The people want it man!”, Paul said.