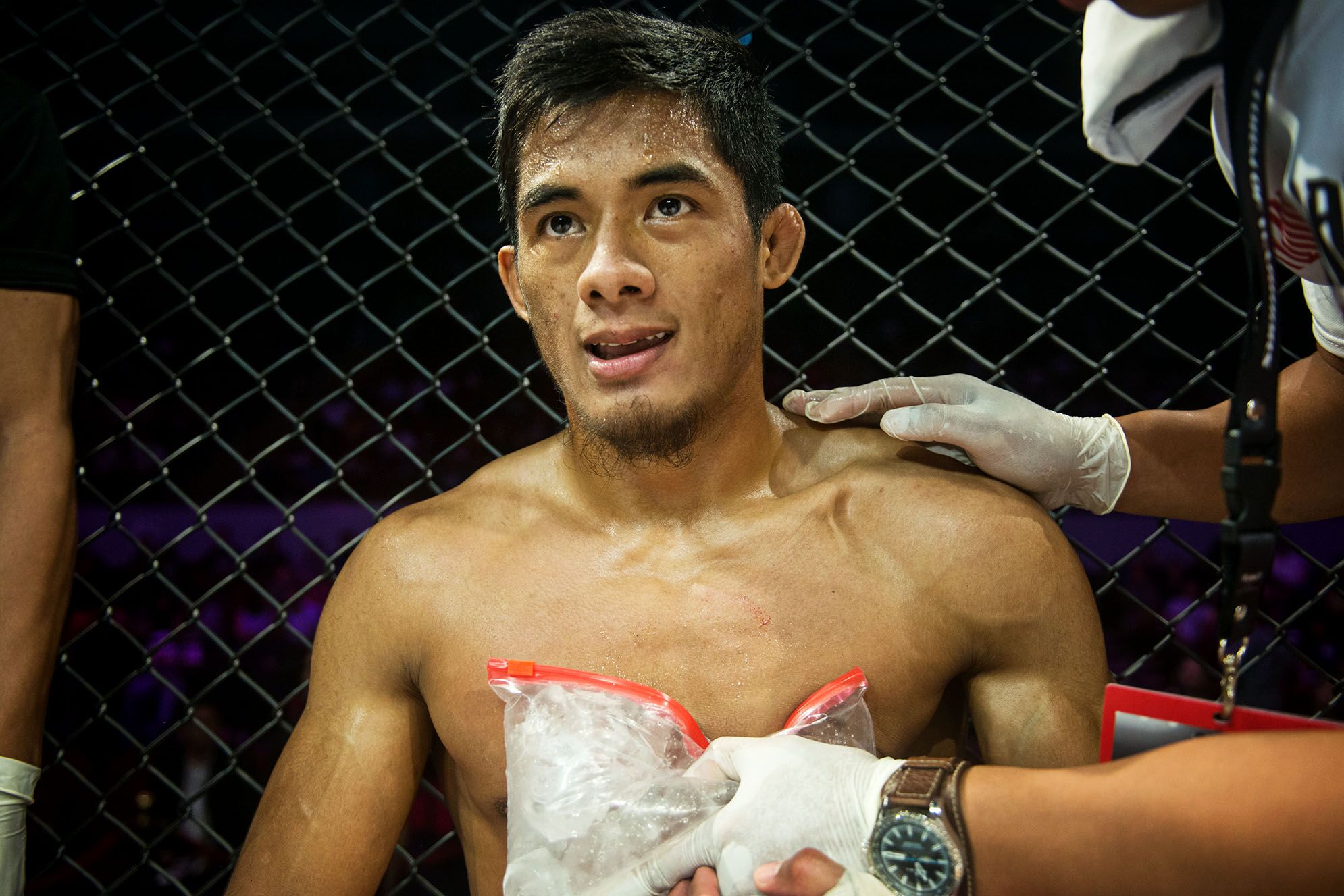 After a tiring trip from the Philippines to Hyderabad, India, Stephen Loman has arrived to his final destination to make yet more history inside the BRAVE CF arena. The longest-reigning BRAVE CF world champion will look to extend his record with a fourth-consecutive title defense. The Bantamweight king will take on one of the most difficult challenges of his reign in Louie Sanoudakis.
An 8-1 fighter with two dominant victories for BRAVE CF, “Leonidas” is a well-rounded fighter and specialists claim he could cause a problem for the champion, especially with regards to his wrestling.

Nevertheless, Loman is ready to go and bring more pride to Baguio City and Team Lakay as the only Filipino champion in BRAVE CF’s history.
“The Sniper” won the title with a first-round KO victory over Gurdarshan Mangat back at BRAVE 9, in November of 2017. He then defended the belt with dominant decision victories over Frans Mlambo and Felipe Efrain and put on the best performance of his career in his last outing, against former Featherweight world champion Elias Boudegzdame.
With a near-flawless performance, Loman dominated “Smile” on home soil, as BRAVE CF made its much-anticipated debut in the Philippines in March of this year. After punishing Boudegzdame for three rounds, Stephen got the TKO victory in the fourth frame cementing his place as a legend of BRAVE Combat Federation. He will look to build on that against Sanoudakis on Saturday night.
BRAVE CF 30 takes place on November 23th, at the Gachibowli Indoor Stadium, as India’s premier mixed martial artists will face off against top international stars and several foreign match-ups will once again cement BRAVE as the biggest MMA show in India.

Previous article
REBEL FC Goes to Russia
Next article
Cory Sandhagen: Sucks that Frankie Edgar has to fight me in his 135 debut!