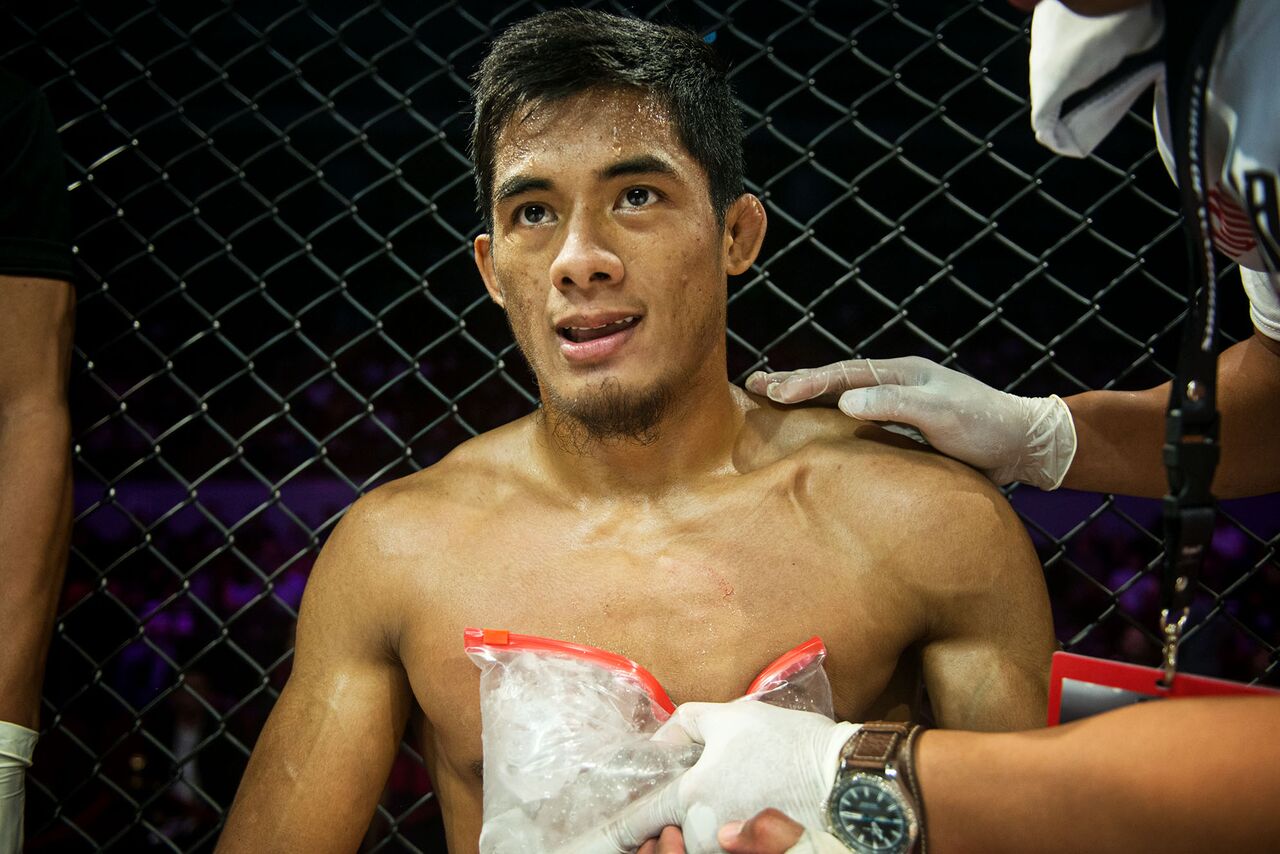 Brave Bantamweight champion Stephen Loman put on a masterful performance in the main event of last Friday’s Brave 22: Storm of Warriors, as he knocked out challenger Elias Boudegzdame in the fourth round after dominating the first three frames. It was a special night for Loman as he fought for the first time in his home country under the Brave banner.
However, the victory wasn’t totally dedicated to his loyal fans, who cheered him on in his darkest hour. Loman made sure to mention that his uncle, who passed away at the beginning of the month, was in his thoughts and prayers and that the win was also in his name.
“I’d like to extend my gratitude to my family, relatives, teammates, my head coach Mark Sangiao, my sponsors, colleagues and all the fans of Team Lakay for all of your undying support, pieces of advice, motivation, and inspiration. To my uncle Jimmy, this is for you! May your soul rest in peace and we will continue to seek justice for you”, said Loman, talking about the hit and run incident that took his uncle’s life.
In addition to opening up on his inspirations and motivations post-fight, Loman also praised the resilience shown by his fallen foe. “The Sniper” thanked Boudegzdame for giving him a proper fight and said he was praying for a speedy recovery for the former champ, who suffered undisclosed injuries during the bout.
“It was a great experience sharing the cage with you, Elias. I hope and pray for your fast recovery. You are indeed a tough fighter and I sincerely respect you”.