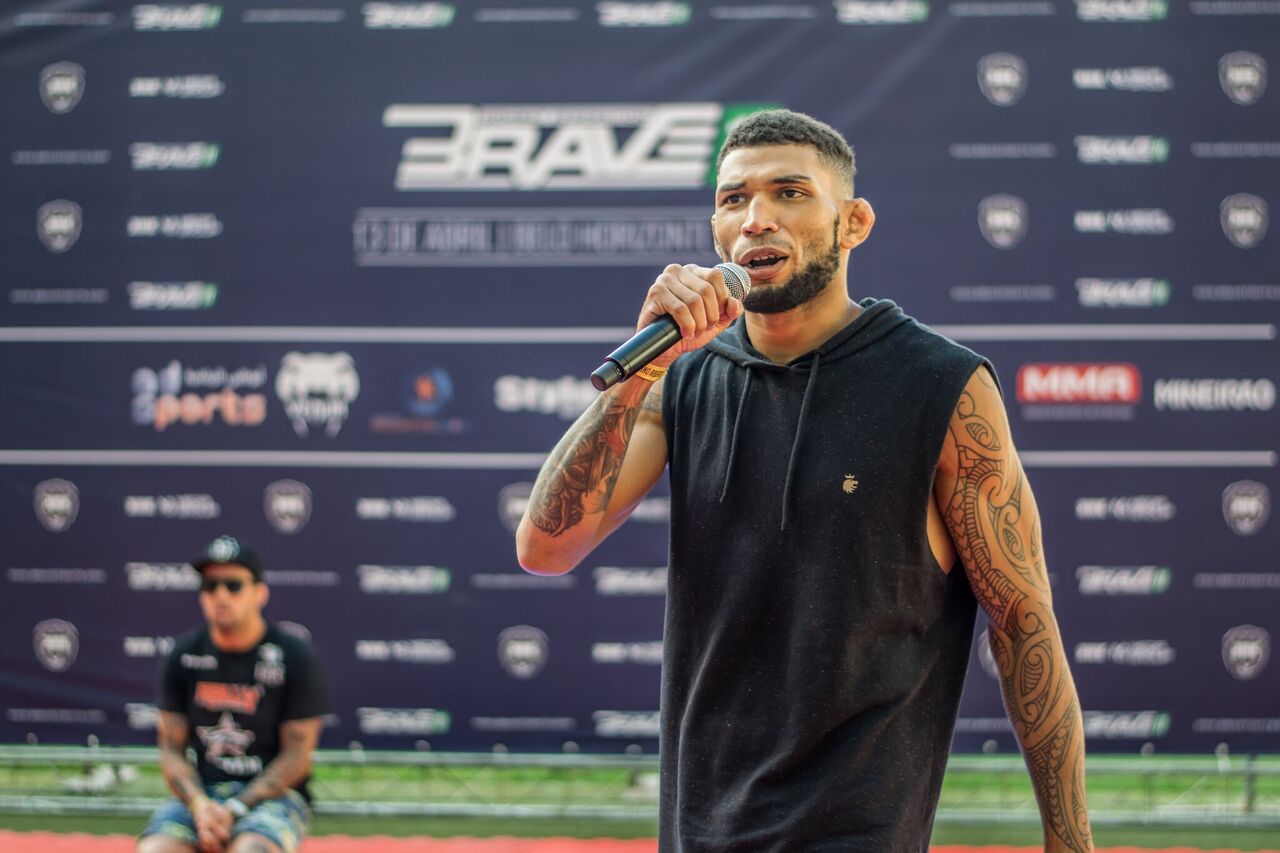 Brave fans around the world have poured in with their opinions on a possible title fight between current lightweight champion Ottman Azaitar and top contender Abdul-Kareem Al-Selwady. But some of the fighters in the Brave roster also weighed in on the dream match-up, especially former interim title contender Luan “Miau” Santiago, who took shots at the current champ.
According to Santiago, he was once scheduled to take on Azaitar, getting as far as signing the contract before the Moroccan phenom pulled out. He commented the following on Brave Combat Federation’s official Instagram account.
“Hey, Al-Selwady, if this fight is booked, ensure he signs his contract. I’ve been there once, I signed it and he didn’t. Ottman might be an Instagram influencer but he’s not a real fighter!”, warned Luan.
Fight fans, however, were excited by the matchup as hundreds of comments applauded the initiative and guaranteed they were eager to watch a fight between two of Brave’s best lightweights. If it’s going to be booked it remains to be seen, but this match-up already has Brave Nation’s seal of approval.

Previous articleChuck Liddell vs. Tito Ortiz 3 set for Nov. 24 pay-per-view and will be promoted by Oscar De La Hoya
Next articlePhotos – The Dakota Kai Story