Luan “Miau” vows to retire “The Predator” at BRAVE CF 25 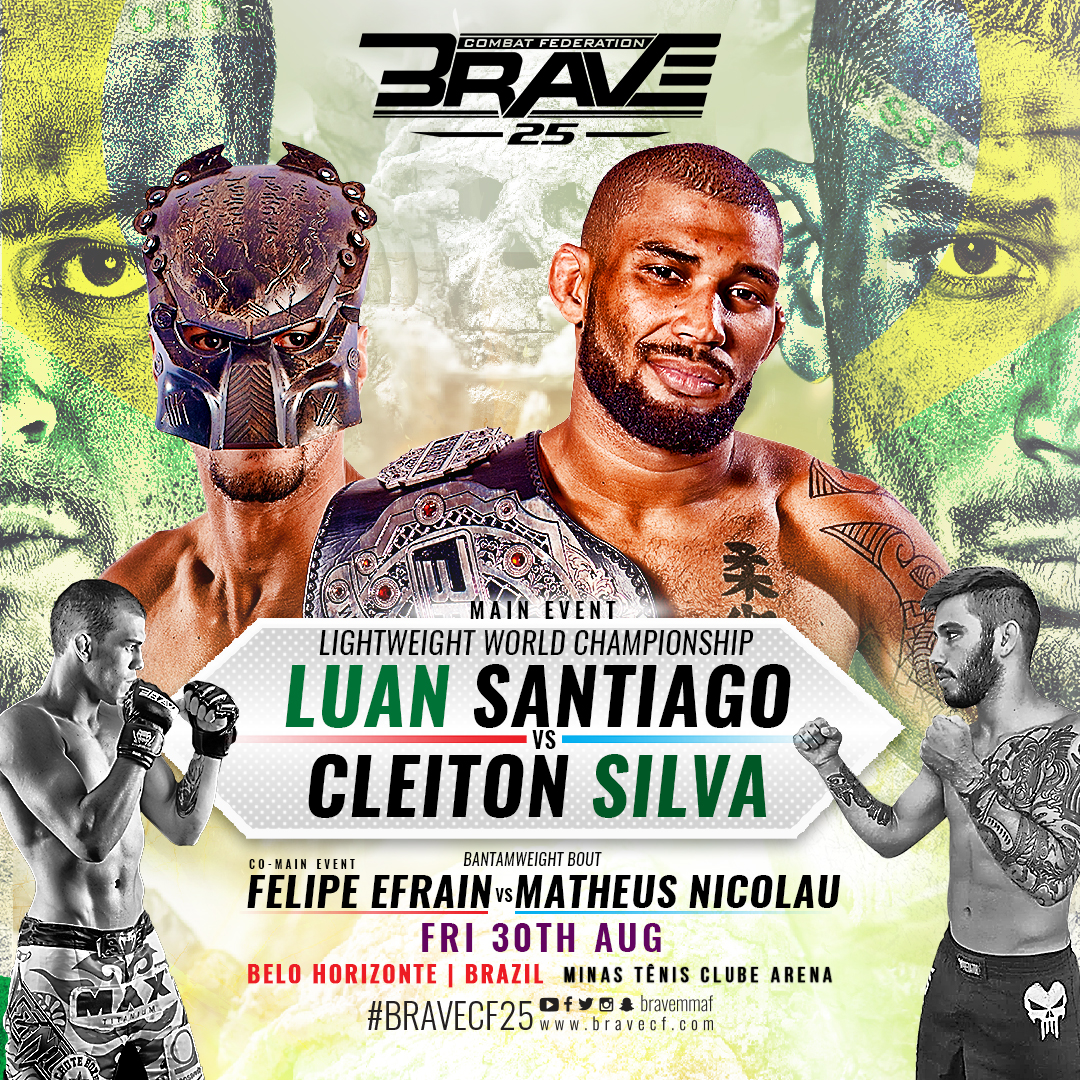 An animated Luan “Miau” Santiago stormed through the media room during the BRAVE 25 fight week, and as he was being interviewed, his excitement turned into anger, as the BRAVE CF world Lightweight champion vowed to end his opponent Cleiton “Predator” Silva’s career when the two meet at the main event of BRAVE 25, set for August 30th, in Belo Horizonte, Brazil. 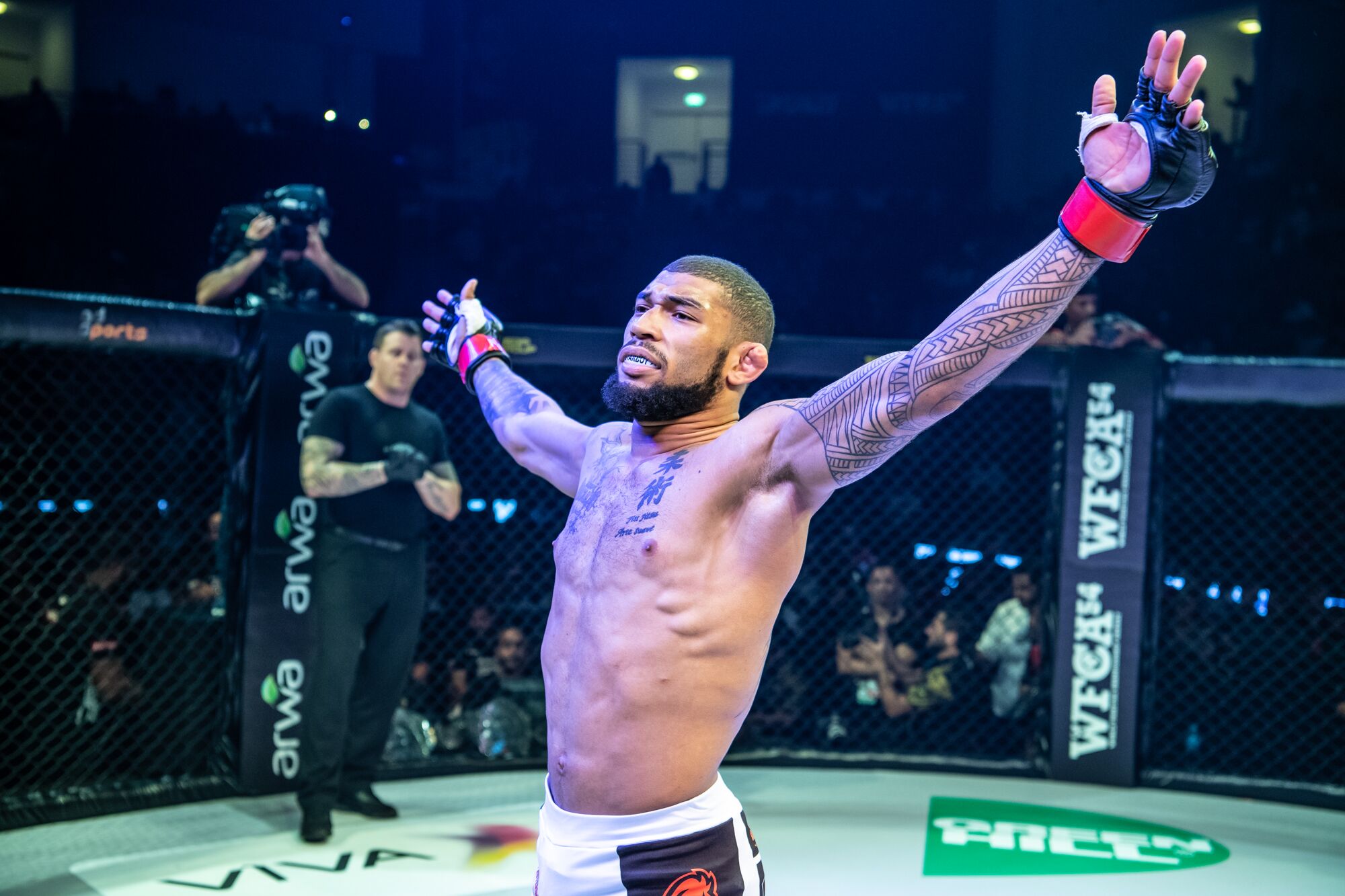 Luan was visibly irritated with the last round of the challenger’s thrash talk, as Cleiton claimed he was a “runner” and had never fought someone like him. The two have turned their bout into one of Brazilian MMA’s biggest rivalries. 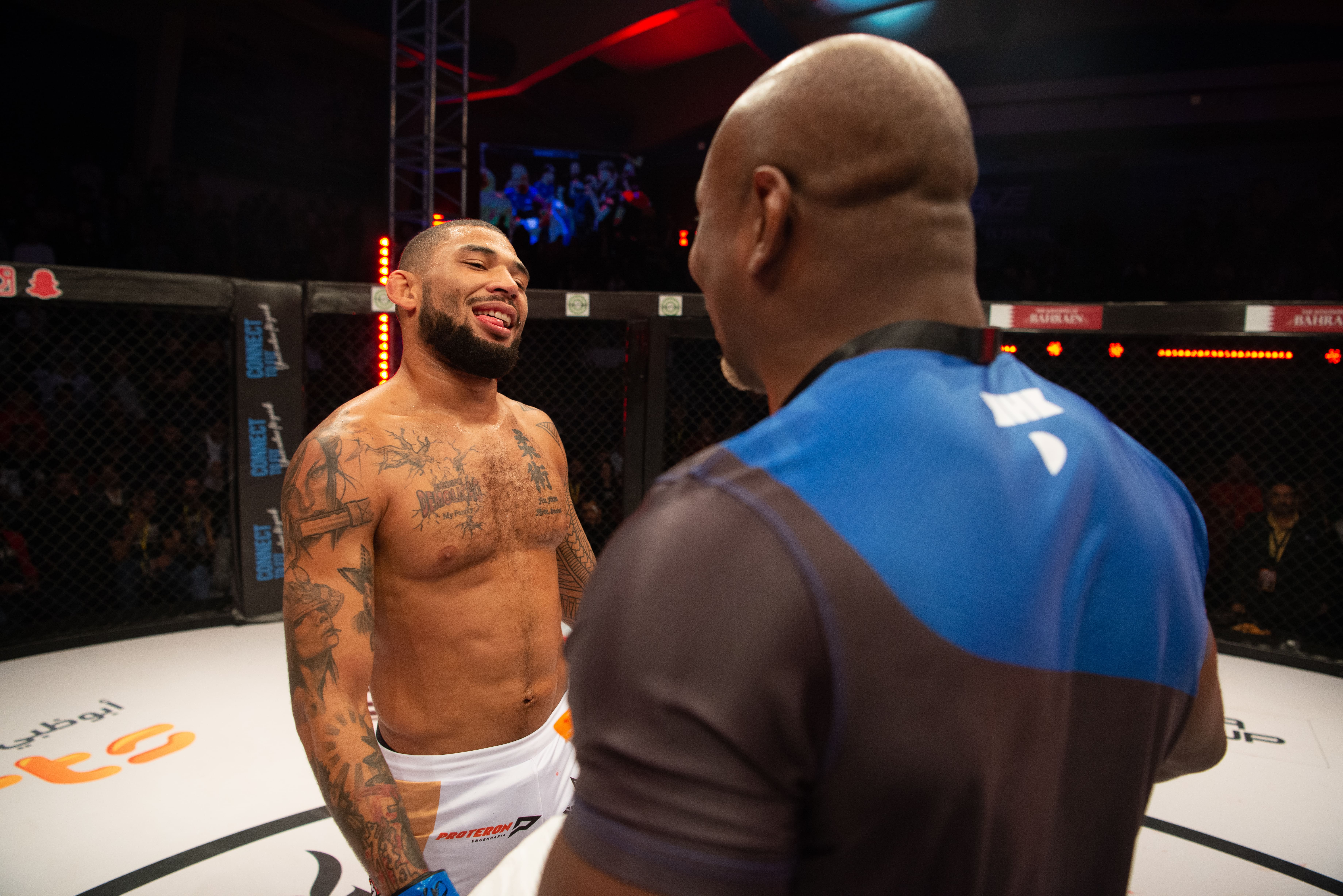 “The Predator is fiction, pure fiction. It doesn’t exist. And after I’m done with Cleiton, he won’t exist either. I’m going to show him who’s the king of the jungle. He says he owns Belo Horizonte, but I’ve fought here before and I have my own supporters here. The king of the jungle is the lion, and he’s a feline. I’m going to show his bum style doesn’t work on me, I’m going to hurt him. Predator, you are old, and I’m going to retire you on Friday night. Get ready”, said Luan, who also predicted an early finish as he did when he faced former champ Abdul-Kareem Al-Selwady.
“Cleiton says I’m going to regret facing him, but I’ll only regret ending his night too early. I’m going to end the fight in the first round, and I might regret not punishing him more, that’s it. After the event, everyone will hear “And Still…”, once again”.
BRAVE 25 takes place in the spiritual home of mixed martial arts as BRAVE Combat Federation, the fastest-growing MMA promotion in the world, renews its special relationship with one of its most hardcore fanbases in Brazil.