Luan Santiago out for a month; hopes to fight again for Brave title 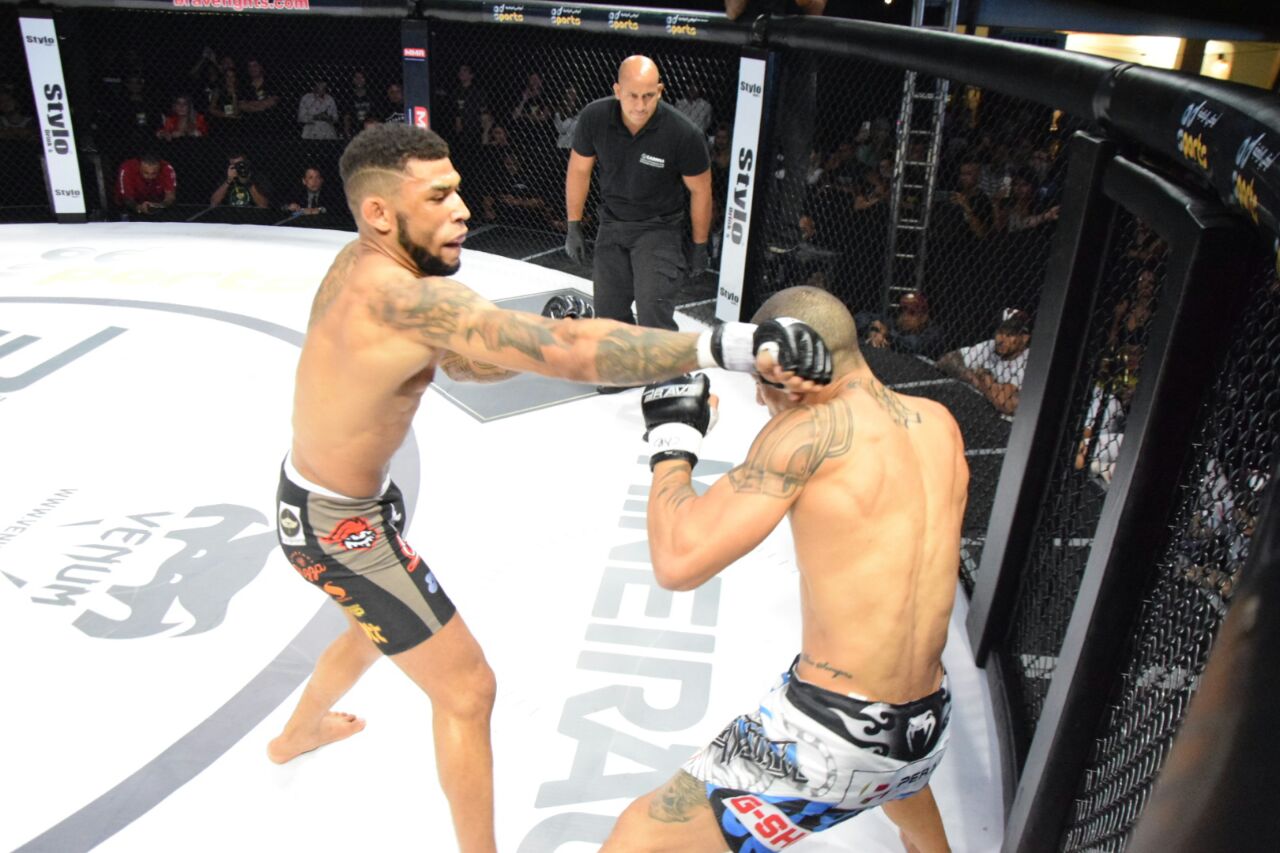 Brave Lightweight contender Luan “Miau” Santiago might have been defeated by Lucas “Mineiro” Martins in the main event of last week’s Brave 11, in one of the blockbuster fights of 2018, but he’s still standing. After an elbow injury prevented him from going the distance with “Mineiro”, Santiago received good news from his medical staff. He will be out for a month, with ligament damage, and will do physiotherapy work before resuming full training. It was first feared he would be out for a number of months.

While he rests after going through a battle with personal friend “Mineiro”, Luan eyes another shot at the title.
“I want to fight for that belt again. I know I showed what I’m capable of and I know I didn’t lose because my opponent was superior. It was an injury, a mistake I made. Kudos to my brother Lucas, we came to bang it out and we did. Now it’s time to make sure I heal from this injury and while I can’t move my arms I’ll be training other parts of my body. I can’t stop, I won’t stop, this is my life”, says “Miau”, who was thankful for Brave 11’s repercussion around the world.
“I was thrilled with the fight, I really was. I gave my best. The victory wasn’t there for me, but I gave my best and it’s nice to know that people are recognizing that”, commented Luan.
“Miau” suffered a fight-ending injury in the dying seconds of the fifth round of Brave 11’s main event. If the fight went the distance, the Interim Lightweight belt would be around his waist as two of the three judges gave the initial three rounds to the CM System product.