Luana Pinheiro set to fight at Brave 11 in Brazil 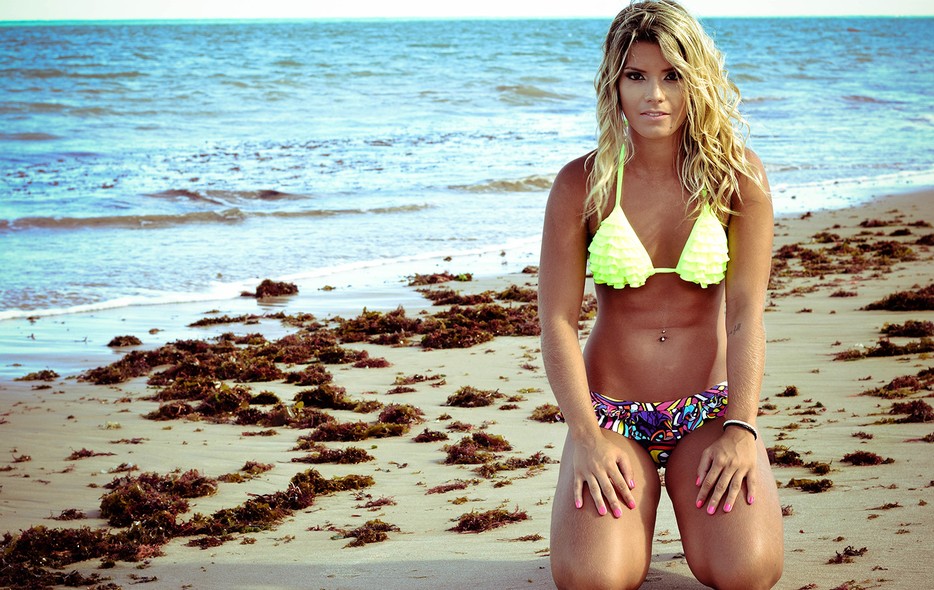 Brave Combat Federation has announced to feature women’s strawweight bout in the eleventh edition of the event hosted in Brazil. Luana Pinheiro will face Elaine Leal in the strawweight division. The announcement marks the first time a women’s bout is announced by Brave Combat Federation in Brazil. Pinheiro is also the first fighter from Brazil who came announcing her contract with the promotion. Luana Pinheiro who practiced Judo since age 2 was aiming to represent Brazil at the Olympics held at Rio de Janeiro during 2016. Pinheiro reached the Brazilian national team and won several gold medals in national tournaments, in the 52kg and 48kg categories. However she was unable to make to the national team for the Olympics. It was then the athlete made her switch into the mixed martial arts world. Currently she is training with BH Rhinos and fights out of Belo Horizonte, Brazil and has a record of five victories out of six appearances.
Luana won her first fight in October 2016 against Thatiane Araujo at Sparta 9 in Belo Horizonte. The victory came in the unanimous decision after a frantic and exciting battle. In the second fight, at the same event at the end of the year, Luana finished the kickboxer, Jessica Kelly in the first round. While Elaine Leal is more experienced with nine professional bouts in her career and has won five fights, Pinheiro is confident that her skills in Judo gives her the edge over her opponent.
“Today is certainly a defining day in my career. I signed with Brave Combat Federation, one of the largest MMA organisations in the world. I would like to thank the athlete relations team for the opportunity and I am super excited to fight for Brave. Thanks to my coaches Cristiano Lazzarini, Joel Velha and Bruno Victor and the team at BH Rhinos for the support in my career.”, said Pinheiro.

Brazil has hosted three Brave events and is one of the destinations that closely follow the sport of Mixed Martial Arts. The event marks the first time female fighters are included in a Brave card in Brazil. The eleventh edition of the event will be held at Minas Tênis Clube Arena at Belo Horizonte, Brazil on 13th April, 2018.

Previous articleMMA India’s SmackDown Roundup: 20/3/2018
Next articleBIBIANO FERNANDES AND MARTIN NGUYEN QUOTES AHEAD OF ONE: IRON WILL IN BANGKOK