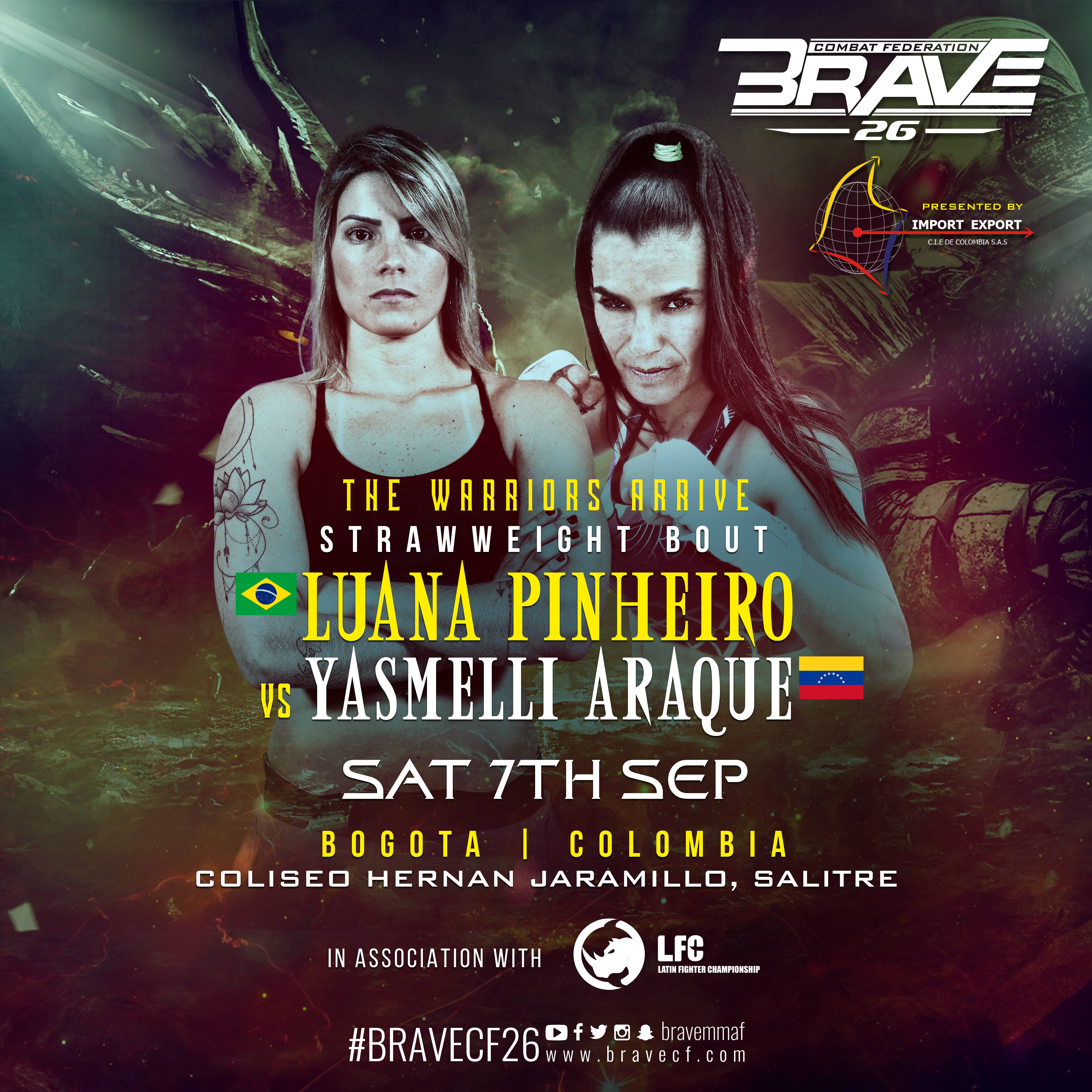 Judo champion and Women’s MMA top prospect, Luana Pinheiro has a date set for her return to the BRAVE Arena. After an impressive debut victory last April, she is now scheduled to take on Venezuelan sensation Yasmelli Araque in the main card of BRAVE 26, set for Bogota, Colombia, on September 7th.
Luana started off her martial arts career in Judo, where she won a South American championship, before focusing herself in developing her mixed martial arts skills, in late 2016. After starting off her MMA professional career with a record of four wins and one loss, she made her BRAVE CF debut at BRAVE 11, in April of last year, when she quickly locked in a guillotine choke against fellow Brazilian Elaine “Pantera”.
Now, she is set to leave Brazil for the first time to fight in MMA, as she is paired up against Yasmelli Araque, from Venezuela, at BRAVE CF’s first-ever event in the capital of Colombia. Araque is 0-1 in MMA, but she has an extensive striking background, as well as national titles in several disciplines.
BRAVE 26 will be headlined by a clash of generations, as veteran Felipe Silva takes on top prospect Guram Kutateladze for his promotional debut. Also set for fight night is the return of Gabriel “Fly” Miranda. The Featherweight contender will take on Jhon Zarate in the co-main event of the evening.

BRAVE 26 takes place under a groundbreaking partnership between BRAVE Combat Federation and LFC (Latin Fighter Championship), aimed towards the development of mixed martial arts in the region and beyond.