Luke Rockhold: ‘If I beat Gustafsson, I’m the f*cking champion’ 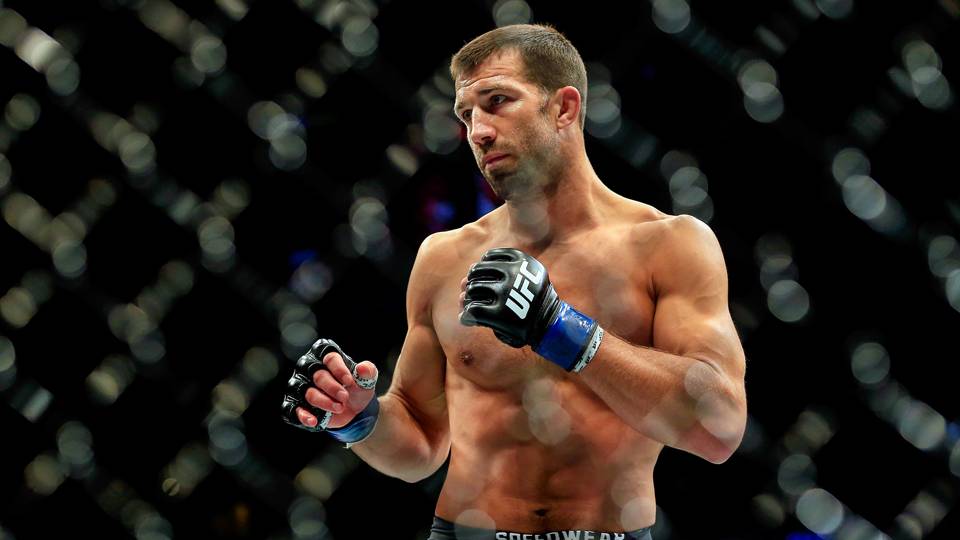 Luke Rockhold, the former UFC MW champion once looked like the one to take over the mantle from Anderson Silva as the MW king. The former Strikeforce and UFC champion has a commendable MW record of 16-4, but has now hit hard times in the division, losing 2 of his last 3 fights. The latest coming via KO in a interim title bout against Yoel Romero. The former champion who has been campaigning on dead ears for a rubber match vs Michael Bisping has now gotten over that episode. He has his eyes firmly set on bigger and brighter things. 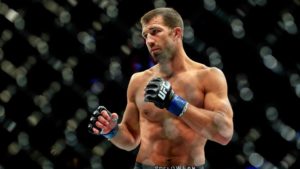 Luke Rockhold, who has always been considered one of the biggest middleweights on the roster is almost sure that his next fight will be at 205. He has repeatedly talked about his tough weight cut to 185 in the past and now the move up seems certain. This is what he had say about his future to Submission Radio.

“I think it’s pretty much sure that I’m going up,” said Rockhold.

“The weight cut is just, it’s taking too much of a toll on me, man,”

“I felt completely drained and I lose a lot of my strength. And the last time around it wasn’t… it just gets worse and worse. I felt depleted. So I’m looking forward to building up, getting healthy and getting some meat on my bones and tossing some weight around at light heavyweight.”

Rockhold has his eyes set on Alexander Gustaffson, but he didn’t shy away when he was asked about his thoughts about the LHW division overall.

“I don’t think they’re as technical in many ways,” said Rockhold.

“I think Alexander is one that stands above and beyond most of those guys. But for the most part, a lot of those guys, it’s not a deep division by any means.”

“Alexander was always one of the true tests at that division and I’ll give him that respect. I wasn’t really referring to him [as easy], but beyond that there’s a lot of guys that are open.”

“If I beat Gustafsson, I am the f*cking champion” 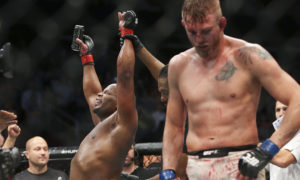 Rockhold has been pretty transparent about a potential fight with Alexander Gustafsson. The fight though according to him is contingent on Daniel Cormier finding success at HW. Daniel Cormier the current LHW champion is moving up to fight Stipe Miocic for the Heavyweight title this July at UFC 226. Luke Rockhold made it clear that he is ready for a light heavy weight sojourn as long as his AKA teammate and close friend is no longer in the division.

“There’s a lot of interest in the fight,” said Rockhold. “He’s a guy that’s been right there, that’s only lost to champions. He’s the top, he’s the cream of the crop in the division. You beat him, you basically are the champion.

“The only problem is that DC is the champion. So, what?”

“I go fight Alexander Gustafsson when DC is fighting for the heavyweight title? I’m not gonna fight Gustafsson for nothing, and I’m not gonna put myself in the position where it creates a weird moment for me and DC.”

“So, I think it all depends on what happens with this fight with him and Stipe. If that goes forward, yeah, I mean, I’ll fight Gustafsson. But once you beat Gustafsson, if DC’s out – If I beat Gustafsson, I should be the f*cking champion [laughs].”

What the future holds for Rockhold is yet to be known, but the stagnating LHW division has now got a new contender.