Rockhold reveals his first encounter with Cormier: “We beat the f**kin’ crap out of each other” 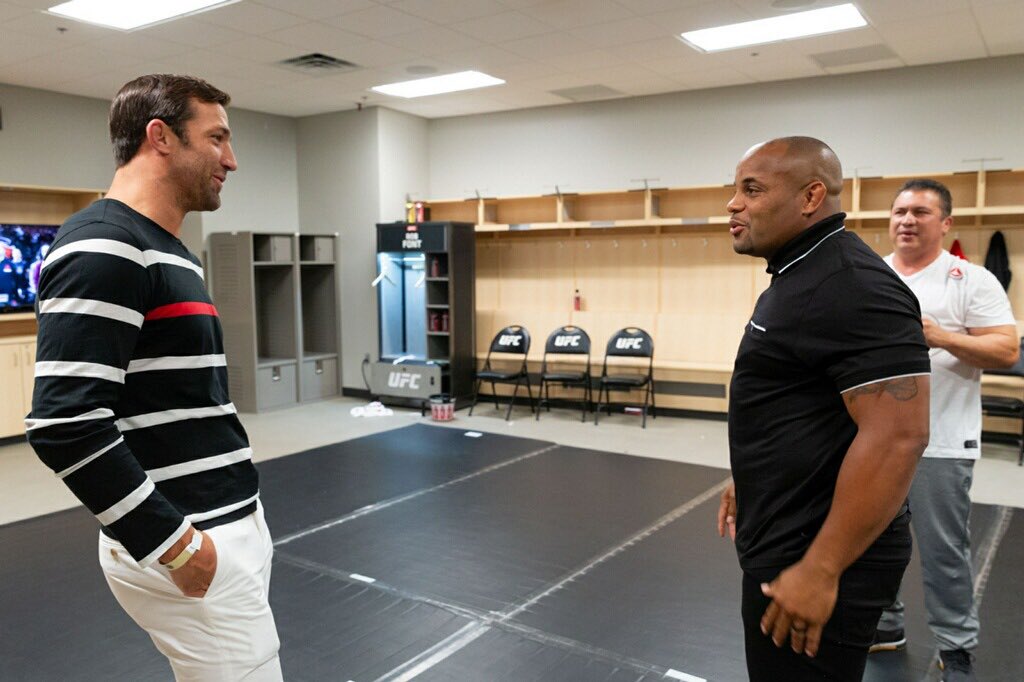 Luke Rockhold and Daniel Cormier, are two of the best fighters that the American kickboxing academy has produced among the many greats. They both became training partners and ended up becoming best friends later on.

Luke Rockhold in his recent interview told that he had a different image of the former two-division champion Daniel Cormier at the beginning of their friendship. As of today, both are long-time friends and training partners at American Kickboxing Academy in California. 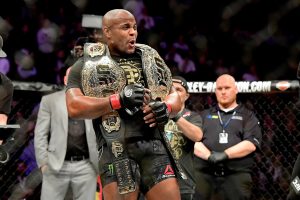 Rockhold looked back on his first meetings with Cormier during a recent interview on Submission Radio.

Rockhold said during the interview “We were all a couple of years into AKA, me and Cain, and then DC came along, You see a lot of wrestlers come over. Duane Zinkin and Bob Cook, they would recruit a bunch of wrestlers, and they thought that their pedigree would catapult them to being good fighters. Well, it wasn’t always the case. A lot of them would come in humbled. And I kind of forgot about my wrestling after a certain point, after high school, and didn’t follow it all that much.”

“I do remember a little bit of DC when I was in high school, but he came in and was just a loudmouth and was just f**king owing it. I remember he was just instigating fights, like right off the bat, like he’d been there for years. And I was like, who the f**k is this guy? Like, can’t even fight, you know, I wanna see what’s up.”

“I watched him later that night, some of his wrestling matches, and I familiarized myself with them, and I was, kind of started liking him that night, just watching him,” Rockhold continued.

“Because I could see that he was like fighting guys after his wrestling matches and getting real physical and just showing emotion, and I like people that have that in them. And I was like to Javier Mendez, ‘I wanna f**kin, I wanna go with DC tomorrow.’ And they were already pretty high on him, and DC was probably 260 at the time, something like that. I was 205 wet, soaking wet at the time.

“So we went at it and we had a good sparring match,” Rockhold ended. “Then I liked him even more. We beat the f**kin’ crap out of each other. I kicked him in the head, he slammed me on my head, and it went on and on. Then he started throwing dogs, throwing punches, and he couldn’t do anything. Then and there, I was like, I kind of like this guy.”

The bond between the fighters at AKA American kickboxing academy is like family. They treat each other as brothers rather than training partners. This bond has helped the fighters grow and helped AKA produced many champions as Khabib Nurmagomedov, Cain Velasquez, and counting.

Luke Rockhold now is looking to make a comeback to fighting putting end to all rumours of his retirement. Daniel Cormier is all set to fight his third fight against Stipe Miocic for the heavyweight championship at UFC 252 on August 15.