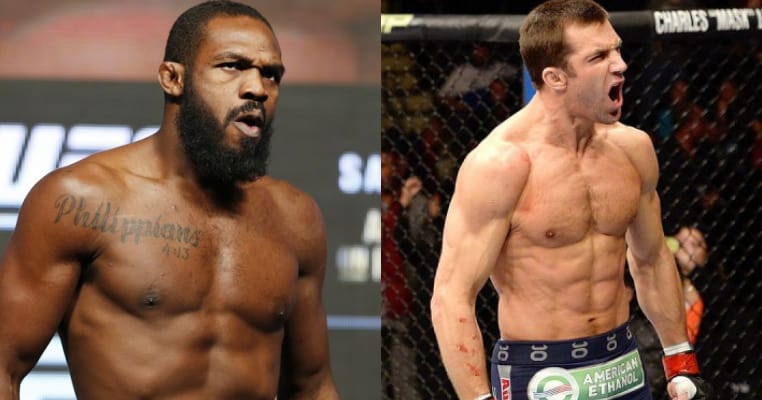 After Yoel Romero knocked him out at UFC 221, Luke Rockhold revealed he had plans to move up to light heavyweight because the cut down to 185 pounds was too draining on him physically.

He believes he can be the man in the light heavyweight division. He has suffered numerous injuries over the past years but says he wants to announce himself as the contender in the new division by fighting Jon Jones.

“I’m moving up to get after him,” Rockhold recently told TMZ Sports. “That’s what I’m here for.”

“The last couple years, I’ve been compromising myself so much to get down to ’85, and my body just falls apart in training camp the last few weeks,” Rockhold said. “(Being at 205) just feels right. I feel healthy. I feel comfortable, and I’m excited to take down these light heavyweights. I just don’t see a lot there.”

Luke Rockhold says he wants to fight a top contender straight away in the light heavyweight division.

Rockhold believes his chances after watching Jon Jones vs. Alexander Gustafsson 2 and thinks that Jones is beatable.

“I thought he looked beatable,” Rockhold said. “He’s good on the feet. He’s tactical. He adjusts, and he fights to his advantages. I like my advantages vs. his.”

How do you guys see Rockhold performing in the light heavyweight division, Can he be a legitimate contender and pose a threat to Jon Jones’s title reign?

UFC: Coach Javier Mendez assures Luke Rockhold will always be welcome at AKA