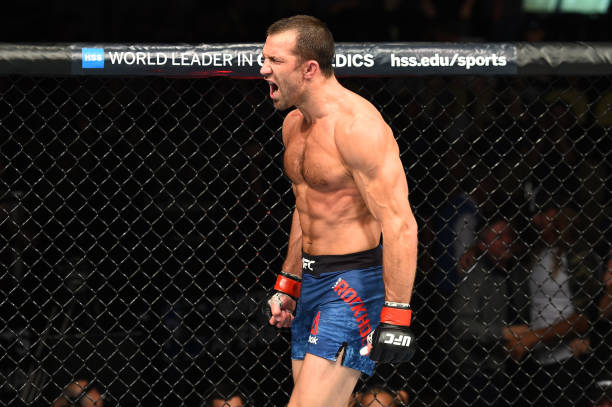 Former middleweight champ Luke Rockhold is eyeing for comeback fight at middleweight after a brief tenure at light heavyweight.

He has a name this time around as he calls out former welterweight title challenger and top ranked middleweight Darren ‘The Gorilla’ Till. Not only does he want to fight Till, he wants to fight him in hisown backyard at O2 Arena in London. 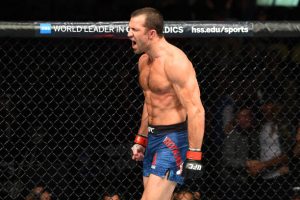 Speaking with Brendan Schaub on his show, Rockhold believes such challenges that to under difficult circumstances, is what excites him. (via BJPENN.com):

“I like the Till fight. Till would be a fun fight, it would be fun to do in the O2 arena… I don’t know how I feel fighting with no fans,” he said on Food Truck Diaries with Brendan Schaub. “It takes all that steam out, all the wind out of your sails. I like making history, I like going out there, the cream rises to the top when you put all the pressure on. It’s the pressure, it is the obstacle of fighting that is why I love it.”

Rockhold is eyeing a familiar face as well!

“Chris Weidman is always opening his mouth, I would love to shut his mouth,” he said “He is always talking post-fight as if he beat me or would beat me and never really shut up about it. There is nothing worse than a guy than once you beat them and they just keep running their mouth. I wouldn’t mind closing that door.”

The fight would make sense, both being at a similar phase of their respective careers. Rockhold put together a record of 1-3 in his last four fights after winning the belt. The anticlimactic career also included a move to light heavyweight where he got brutally knocked out by Jan Blachowicz at UFC 239 in July last year.

Another factor for losing the hunger may be his endeavors outside the octagon. Rockhold pursued modelling along the way due to his good looks. The biggest highlight of his modelling career came in when he became the face of prestigious Ralph Lauren’s “Polo Blue” cologne fragrance. He previously said the biggest obstacle for him is just to find a path to return.