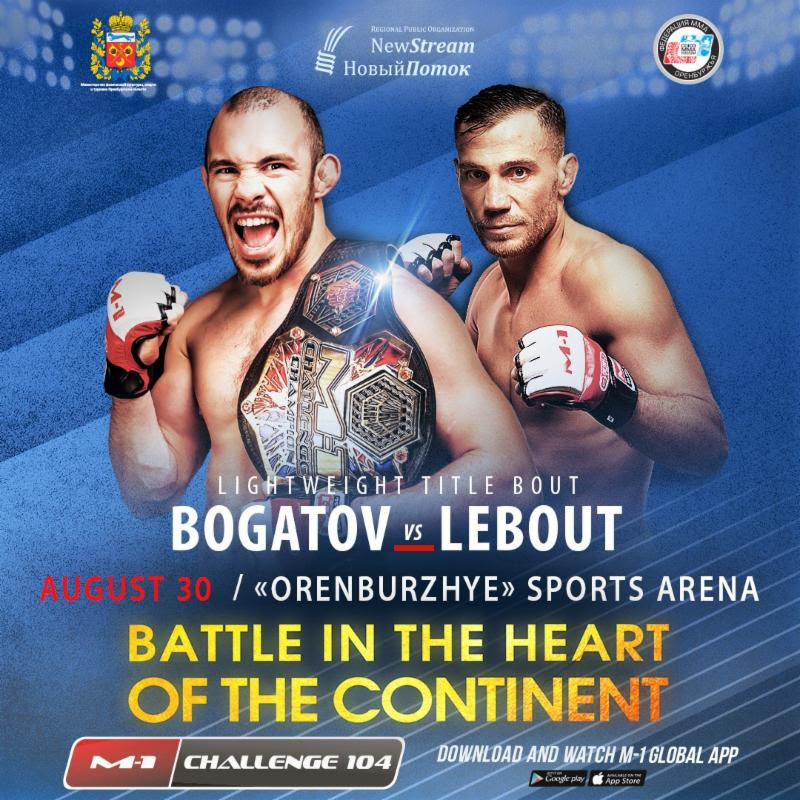 SAINT PETERSBURG, Russia (August 7, 2019) – Undefeated M-1 Challenge lightweight championRoman Bogatov defends his title against Mickael “Ragnar” Lebout, headlining M-1 Challenge 104: Battle in the Heart of the Continent, on day, August 30, at Sports Arena Orenburgzhye in Orenburg, Russia.
WKG & M-1 Challenge 104 will be streamed live from Russia in high definition on www.M1Global.TV. Viewers will be able to watch the preliminary fights and main card by logging on to register at www.M1Global.TV. Fans may watch all the action on their computers, as well as on Android and Apple smart phones and tablets. M-1 Challenge 104 will also be available on www.FITE.TV.
Bogatov (8-0, M-1: 7-0), fighting out of Russia, is a grappling master who literally put to sleep three of his last four victims. Bogatov, who has a superior ground attack, captured the coveted M-1 Challenge title last September at M-1 Challenge 97, when he won a five-round decision over Rubenilton Pereira. In his first title defense this past January, Bogatov used an arm triangle choke to submit another Brazilian challenger, Michel Silva. 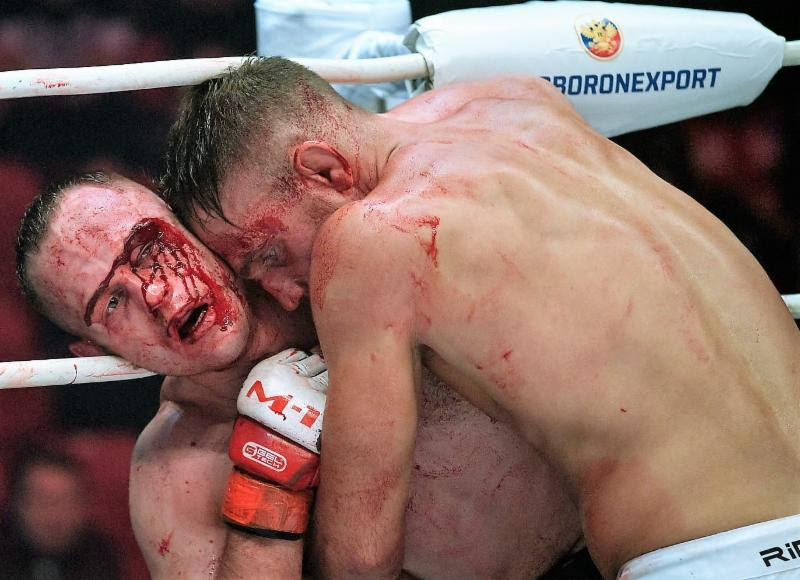 Lebout (19-9-2, M-1: 3-1) is a dangerous challenger from France, who has won three of four M-1 Global fights to date. An all-around fighter, Lebout can adjust to his opponent, whether he needs to use his striking, grappling and tactical skills to win.
Former M-1 Challenge title challenger Andrey “Iron” Lezhnev (18-8, M-1: 6-4) brings his invaluable experience into The Rage to face popular Busurmankul Abdibait Uulu (11-2-1, 3-0-1) in the co-featured event.
Lezhnev, of Ukraine, has won eight of his last 10 fights, knocked down M-1 Challenge featherweight champion Nate Landwehr, albeit in a losing effort, in his most recent action. Abdibait Uulu, the pride of Kyrgyzstan, has defeated three tough opponents in a row to set the stage for his biggest test in Lezhnev.
Brazilian flyweight Flavio “Madruga” de Silva Santos (9-3, M-1: 0-0) makes his M-1 Global debut against Arman Ashimov (10-3-1), of Kazakhstan.   Santos is the latest in a wave of Brazilian fighters who’ve found a home in M-1 Global.
Brazilian National Champion and BJJ black belt, Jean “Panqueka” Petrick (10-3-1, M-1: 2-0) throws-down with Boris “Bora” Polejay (18-6-1, M-1: 2-1-0), of Ukraine. The winner of this bout will likely position himself for a title shot.
Opening the main card is a bantamweight showdown between Vazha Tsiptauri, Georgian National MMA and kickboxing champion, and Russian prospect Selem Evloev.
American bantamweight “Gorgeous” George Garcia (9-3, M-1: 1-0) took his M-1 Global debut fight on short notice, yet he used his grappling acumen to defeat Yuriy Chobuka, by way of a rear naked choke, only 20-seconds into the opening round of their fight last March at M-1 Challenge 101. The California grappler, who is riding a six-fight win streak, returns on the undercard against notorious finisher Bair Shtepin, of Russia.
Also fighting on the undercard is French featherweight Anthony “La Masse” Dizy (12-3, M-1: 1-0) vs. Russian Zalimbek Omarov (10-3-1, M-1: 7-2-1), Russian welterweight Mikhail “Bulldozer” Doroshenko (3-0, M-1: 0-0) vs. Azerbaijan Bayram Mamedov (0-1 (M-1: 0-0), and a battle between Russian strawweghts Zarina Gumerova (1-1-1, M-1: 0-0) vs. Asiya Klyutova (1-1, M-1: 1-0) in a rare female M-1 Global fight.
All fights and fighters are subject to change.