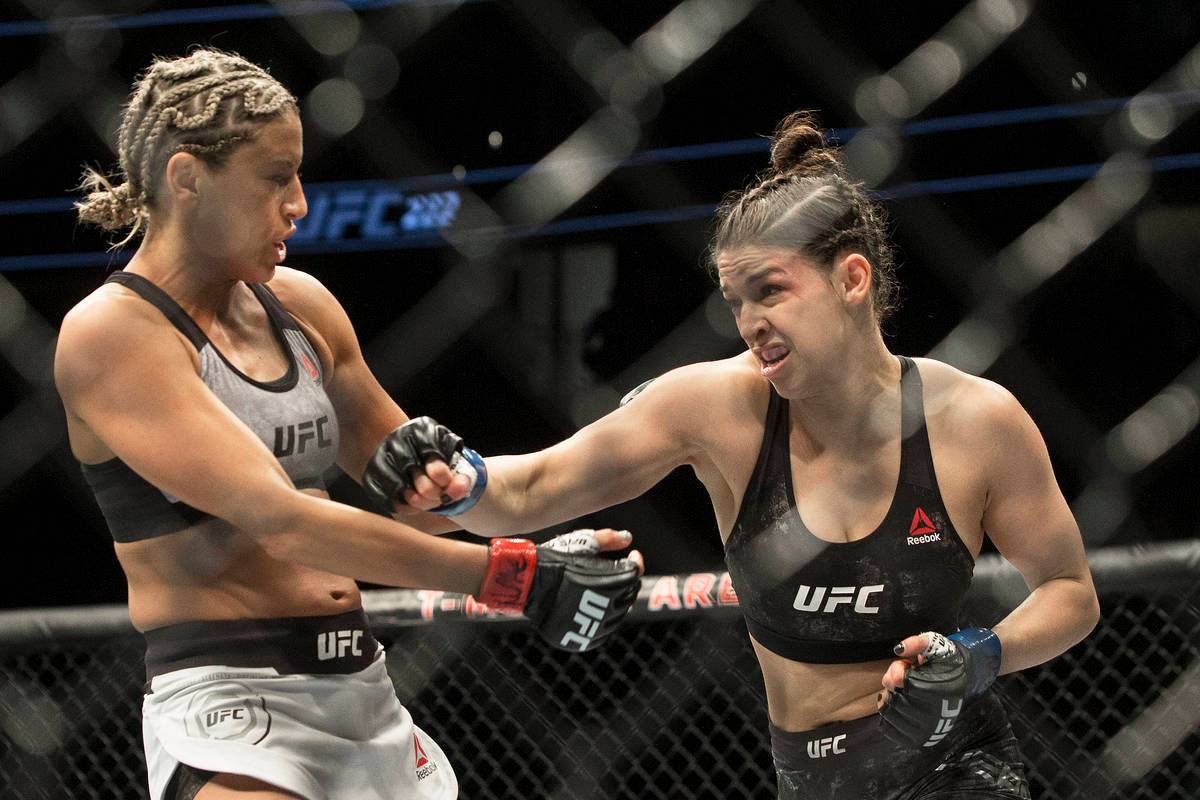 UFC strawweight and Brazilian Jiu-Jitsu standout Mackenzie Dern is set to fight this weekend at UFC 256 against Virna Jandiroba.

Mackenzie Dern is riding on a two-fight winning streak having defeated the likes of Hannah Cifers and Randa Markos in last two-fights. Both of those wins came via submission in the first round.

Mackenzie Dern is currently 9-1 as a professional with her sole loss coming to Amanda Ribas at UFC Fight Night 161. 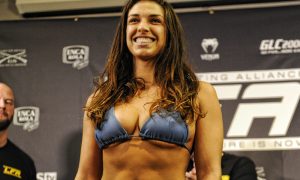 Now, Dern is eyeing a title shot in 2021. The current UFC strawweight champion is Weili Zhang.

“Definitely in 2021, I want to try and pick a little bit more my fights to really get me one step closer to the belt, not just fight anyone for anytime for anything,” Dern said Thursday during a virtual media day ahead of UFC 256. “I really want to fight the top fighters and show that I have the level to be the champion. I don’t want to get there by just fighting anyone. I want to get there by proving myself, and I think the best way to prove it is by fighting the top contenders.”

However, before she can think about the title shot, she has to worry about Jandiroba who is also a grappling standout like her.

“I think her grappling is a lot of pressure and passing and things like that, and people see me doing these crazy armbars and leglocks and kind of a little bit looser and stuff like that, but man, I’m a complete fighter,” Dern said.

Mackenzie Dern is seeing big evolution in her fight game

Mackenzie Dern also stated that her fighting game is going through a big evolution i.e Striking.

“I’m seeing such a big evolution on my game, my striking,” Dern said. “I’m training more my boxing than my jiu-jitsu, and I’m like, ‘Man, I’m seeing such a big evolution’ and everything, so I really want to try to take advantage of this momentum that I have for my last two fights, take advantage of my training with (Parillo) and how much potential he’s showing me that I have. So I’m really happy, and I’m excited to see if I can show everyone with this fight.” (H/T – MMAJunkie.com)

Who do you guys think wins in a fight between Mackenzie Dern and Virna Jandiroba? Let us know in the comments section below.

Previous articlePawan Maan : Friday Fighter of the Week:
Next articleUFC 256: Figueiredo vs. Moreno Odds and Prediction