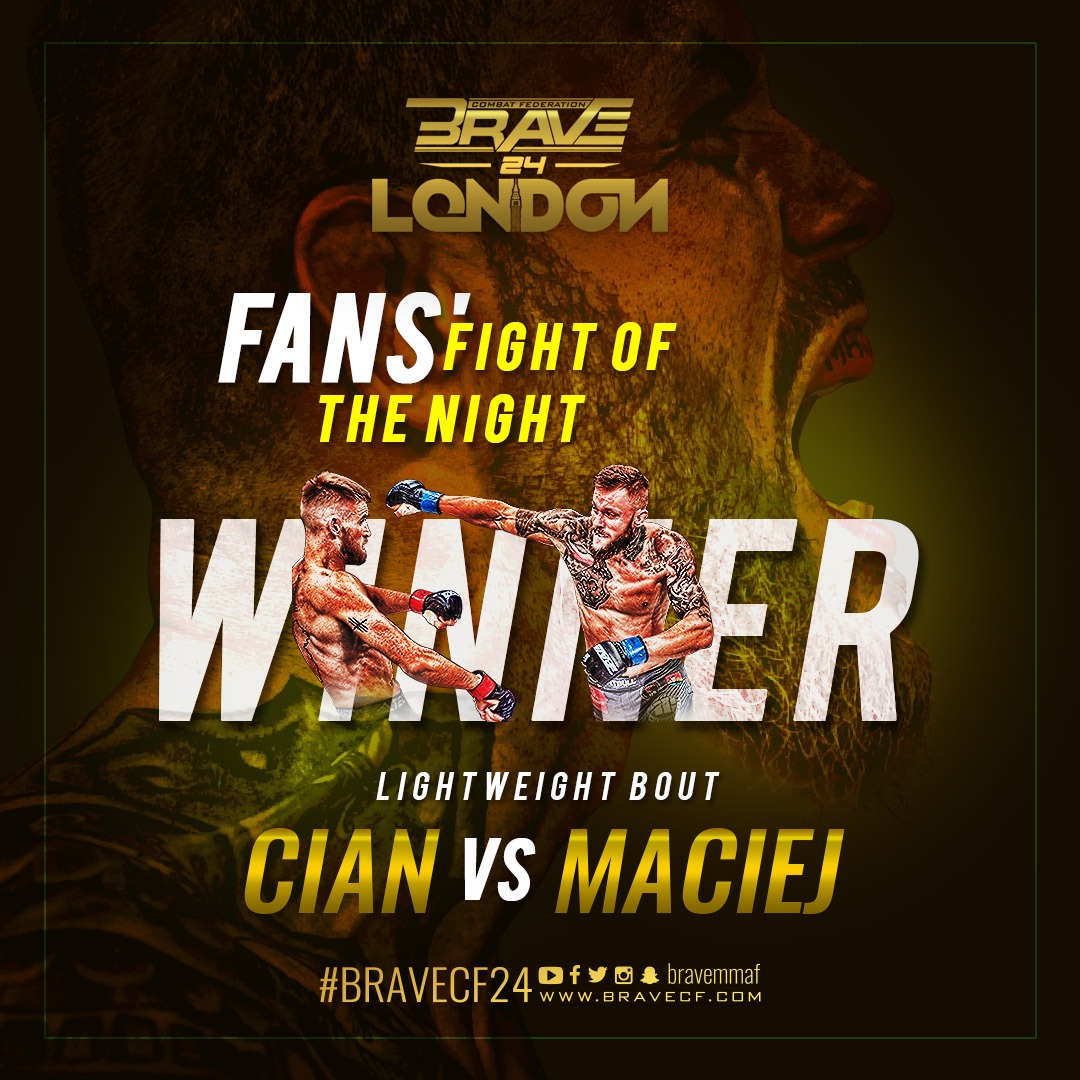 Maciej Gierszewski’s shock KO victory over Cian Cowley in the co-main event of BRAVE 24: London left BRAVE Nation around the world wanting more, and the bout was elected by the fans as the Fight of the Night for the groundbreaking show. A pure display of muay thai skills from both competitors ended with a right overhand by “Magic Man” Gierszewski that put the lights out on “The Warrior” Cowley.

BRAVE CF fans around the world had four options to vote across BRAVE’s social media platforms. Aside from the winner, the other nominees were Ian Cleary x Gamzat Magomedov, Bubba Jenkins x Lucas Martins, and Aidan James x Cameron Else, with all four bouts also receiving a significant amount of votes.
Before and after the fight, Maciej looked to win over the fans as he wore the flag of Bahrain alongside his native Poland’s flag. Gierszewski was an underdog coming into the fight, as he made his BRAVE debut against a veteran of the promotion, who had two TKO victories before falling out by decision in his last bout.
Winning the Fan’s Fight of the Night at BRAVE 24 capped a perfect week for Maciej, who won his BRAVE CF debut in devastating fashion, and had his birthday a few days later. Meanwhile, the prize is a consolation for Cian Cowley, as he licks his battle wounds before eyeing a comeback to the BRAVE Arena.

Previous article
Watch: Mickey Gall reacts to Mike Perry calling him ‘green’
Next article
Petchdam Could Be In For The Toughest Title Defense