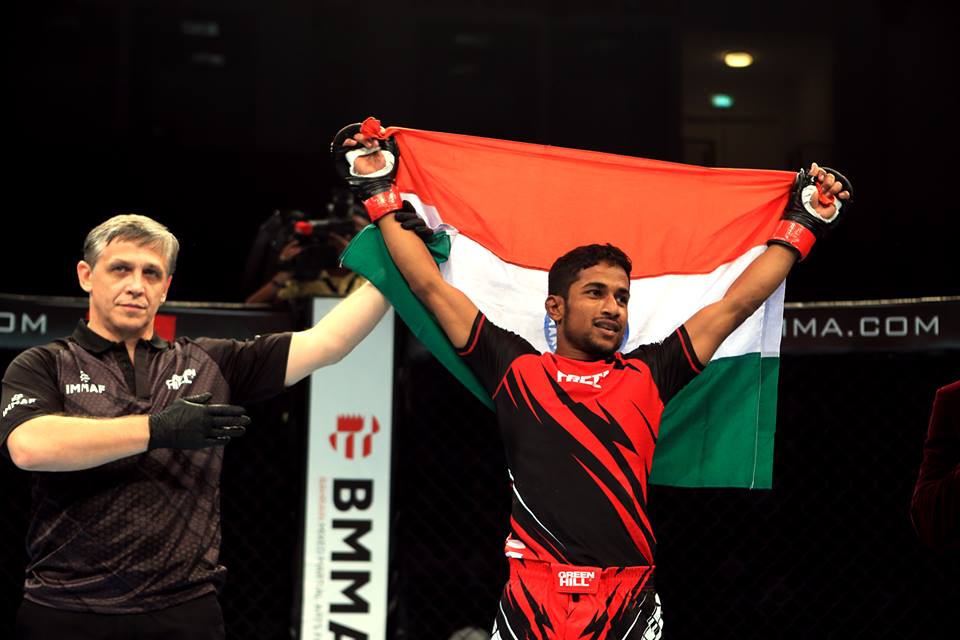 The fifth set of MMA India National Championships saw Mahboob Khan add another gold medal to his growing collection. Nearly 25,000 people were in attendance, including WWE Hall of Fame member and politician Dalip Singh Rana, to witness him defeat Nisham Sonam in the final.

The flyweight standout is one of the brightest prospects coming out of India, with a wealth of amateur experience behind him. He began his amateur career at strawweight and made an instant impact in his maiden IMMAF competition. Two consecutive first-round finishes in the junior Strawweight division, including a Guillotine Choke win over Yerulan Kabdulov, saw him become the first IMMAF World Champion from India.

Khan’s dominance is evident through his extensive list of accolades and experience. Following his most recent win, he explained how he has proven himself as one of the best fighters coming out of India. Take a look to the best asian bookmakers.

This national title was at Flyweight, the second division which Khan has had a hold over at a national level. When he first began competing, he found success in Strawweight. However, as time went on, cutting to 115lbs was having diminishing returns.

“The reason I moved from Strawweight to Flyweight is that I was unable to cut weight to Strawweight, and I felt very weak. Due to this, in 2019, I was disqualified and lost the chance to compete in the World Championships. Now, after moving to Flyweight, I feel energetic, and I am comfortable while training.”

A win for the 24-year-old sees him bounce back to winning ways following a disappointing start to the year at the 2021 IMMAF World Championships when he crashed out of the competition in the opening round to eventual silver medalist Dastan Zhakypbekov.

He is ready for redemption and keen to win another World Championship. In order to achieve this, he has laid out his plan for the year ahead at amateur before moving onto the pro ranks.

The near 50 fight veteran of the sport has watched the sport grow in India. He explained that the sport was unheard of but has developed to a point where tens of thousands are in attendance for the National Championships. He said:

“Before 2009, no one knew about MMA in India. People used to go to other countries for training in MMA, for example, Thailand etc. Especially in my state, other sports people used to comment that it is a waste of time and there is no future in this game. My coach Mr Shaik Khalid, used to teach MMA training in India when there was no recognition of MMA. Since 2012, my Coach has become the MMA India team coach.”

His win confirmed Kahn’s spot on the national team that will compete at the upcoming Asian Championships and World Championships set to take place later this year.

Previous article
Paddy Pimblett hits back at TJ Dillashaw over “fat” comments: Not as sensitive as ur body to that EPO
Next article
Gurdarshan Mangat gives a fitting tribute to Sidhu Moose Wala by walking out to his song at ONE 158