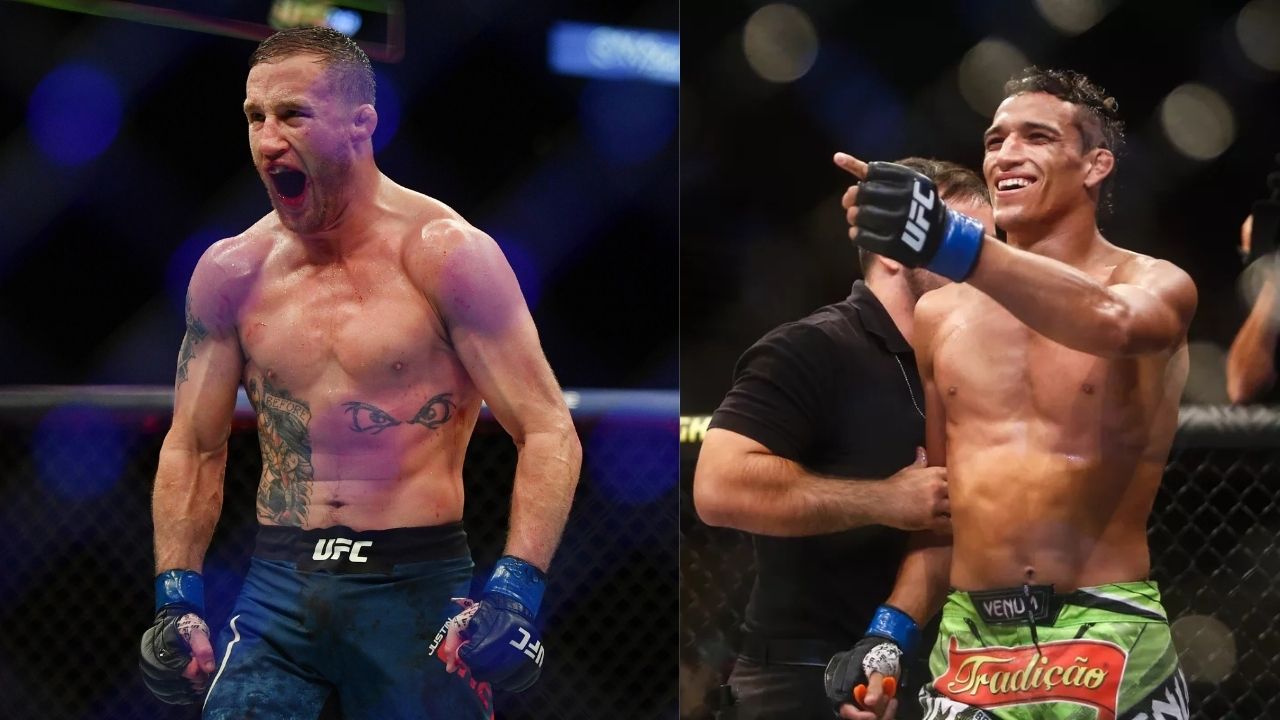 Following this win, many felt who would be next for Oliveira in an already stacked lightweight division. Earlier this month, UFC president Dana White announced that Charles Oliveira will be taking on former interim lightweight champion Justin Gaethje. 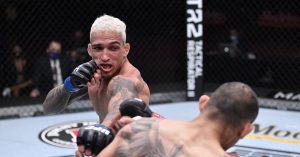 While this is an excellent match-up, Oliveira’s manager Diego Lima isn’t too on board with that plan and instead he wants his client to fight for the title next. Khabib Nurmagomedov who retired from the sport last year following his win at UFC 254 will be vacating the lightweight title soon and Lima hoped that Oliveira would be considered for the vacant title.

“I honestly think he deserves to go straight for the belt,” Lima said in an interview with MMA Fighting, laying out his plans for Oliveira. “He’s coming off eight wins in a row, beat Kevin Lee in great fashion and then dominated Ferguson all around—and Ferguson is one of the best of the division, won 12 straight before losing a title fight—so I think Charles is ready and has enough credibility to fight for the belt.

“With all due respect, Khabib ran over [Gaethje]. That must count, and a lot,” Lima added. “I believe Charles’ next fight has to be for the belt against the winner of Poirier and McGregor, not Justin Gaethje. But we know this fight between Poirier and McGregor involves a lot of things. We know that Poirier winning means one thing, and McGregor winning changes the whole scenario. I think there’s a lot at stake in this fight.”

Charles Oliveira to get an upgrade in purse

Do Bronx is riding on an impressive eight-fight winning steak. Prior to beating Ferguson, he had submitted Kevin Lee at UFC Fight Night 170. Now Lima believes that his client deserves an upgrade in contract.

“We absolutely want to renew the contract and book Charles’ next fight – and God willing, it will be for the belt. The position he is right now, the amount of wins he has, what he’s done in his last fight, I think he deserves an upgrade in his purse. It’s more than deserving. Not only for his position in the ranking, but also his history in the organization.

“Most bonuses, most finishes, most submissions… He might break two or three records in his next fights. All that, plus his win over Ferguson, will be very important when we renew the contract.”

UFC veteran Diego Sanchez issued a warning about brain trauma in MMA and said that Calvin Kattar will never be the same after the...
Read more
- Advertisement -