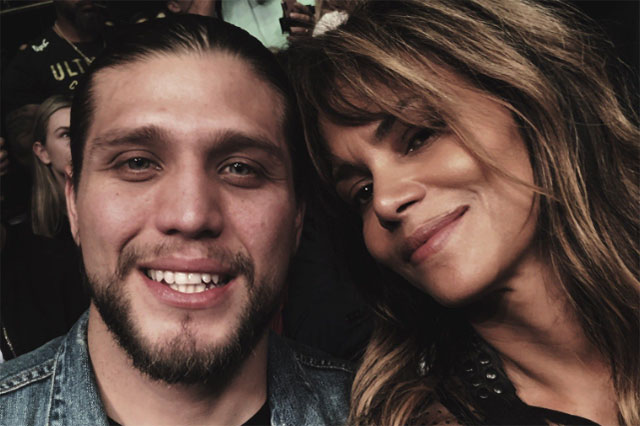 Brian Ortega might have lost his UFC Featherweight title fight against Max Holloway but he has thoroughly bounced back since. He recently confessed that he was  only a few weeks of recovery away from being cleared to return.

The loss he took was a difficult one for anyone to swallow, but Brian ‘T-City’ Ortega has had at least one well-wisher during his recovery.

The fighter was pictured with Halle Berry at UFC 232, where he met her and talked. He confessed that when he went home he looked her up, and was surprised when he found out that she had done the same.

So, when Berry reached out to him to help her train her for an upcoming role as a fighter in a movie, he did not have to think twice.

“She reached out and said, ‘Hey, come get me ready for this fight.’ She said it would be an honor to go and just train and get her ready for the movie. I said, ‘Of course.’”

In another tweet which has taken the internet by storm, Berry announced that Ortega had agreed to train her. The ‘#ManCrushMonday’ also appeared in the tweet, giving rise to a lot of speculation about the nature of the relationship between the two.

All about this #ManCrushMonday, @BrianTcity – the #1 @UFC ranked featherweight 👊🏾! So grateful he said yes to training with me in preparation for #BruisedTheMovie, and cannot wait to share what we cook up together 🔥 pic.twitter.com/bPNTggc9SM

Ortega did not comment on the tag and said that he was there just to train her.

“If she thinks something about me, I’m honored and humbled, but I’m there to make you look badass for your movie.”

Ortega is still waiting for his next fight to be announced, but the future might hold more than a fight for him.