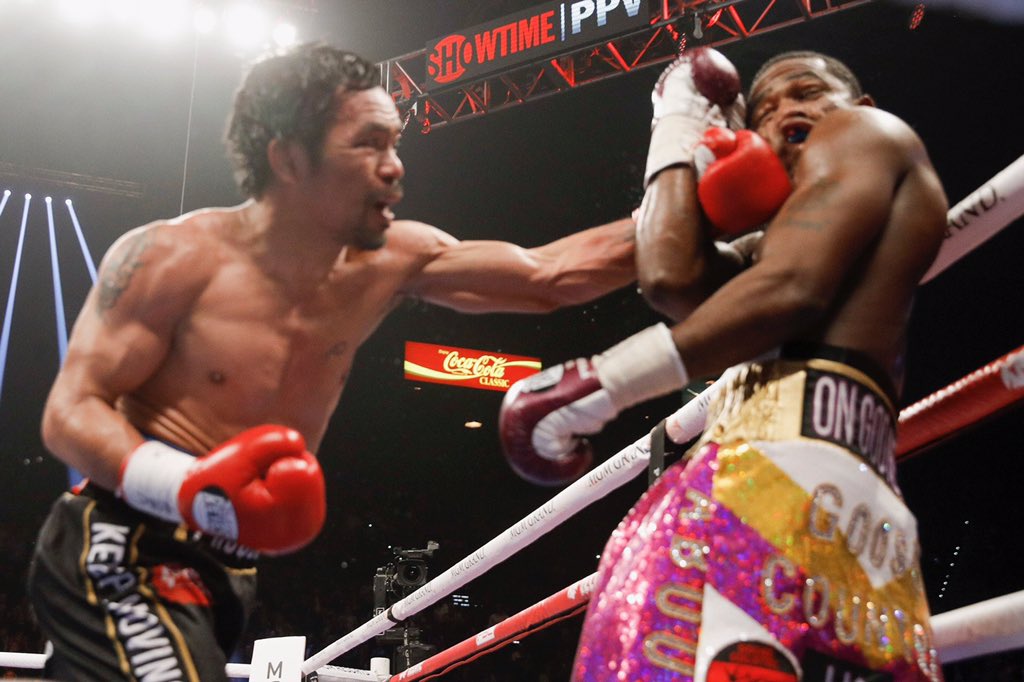 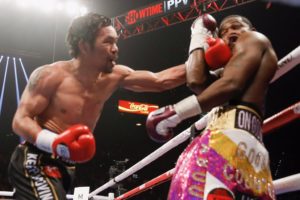 Adrien Broner who is 11 years younger than the Filipino legend dropped to 33-4-1 in his professional career. Pacquiao returned to the ring after six months to defeat the Cincinnati-born Broner. He last fought against Lucas Matthysse where he knocked him out in the seventh round to win a version of the WBA world title.

After the fight, Broner insinuated that he had won the fight and that it was fixed was to set up Pacquiao-Mayweather, and says he could beat up Showtime commentator Jim Gray.

Adrien Broner was shockingly confident in his post-fight interview. pic.twitter.com/IVsom1GcIz

However, Pacquiao was full of class and thanked his team and fans and when the inevitable was asked if he would fight Floyd Mayweather.

Pacquiao on Floyd Mayweather: "Tell him to come back to the ring again and we will fight"

“Tell (Floyd) to come back to the ring and then we will fight,” Pacquiao says. “I’m willing to fight him again, to fight Floyd Mayweather.”

Showtime’s Gray then asks Mayweather if he will accept the challenge as a camera films him in the first row: “A simple nod will do on the monitor.”

Mayweather looks away from the camera and showed no emotions.