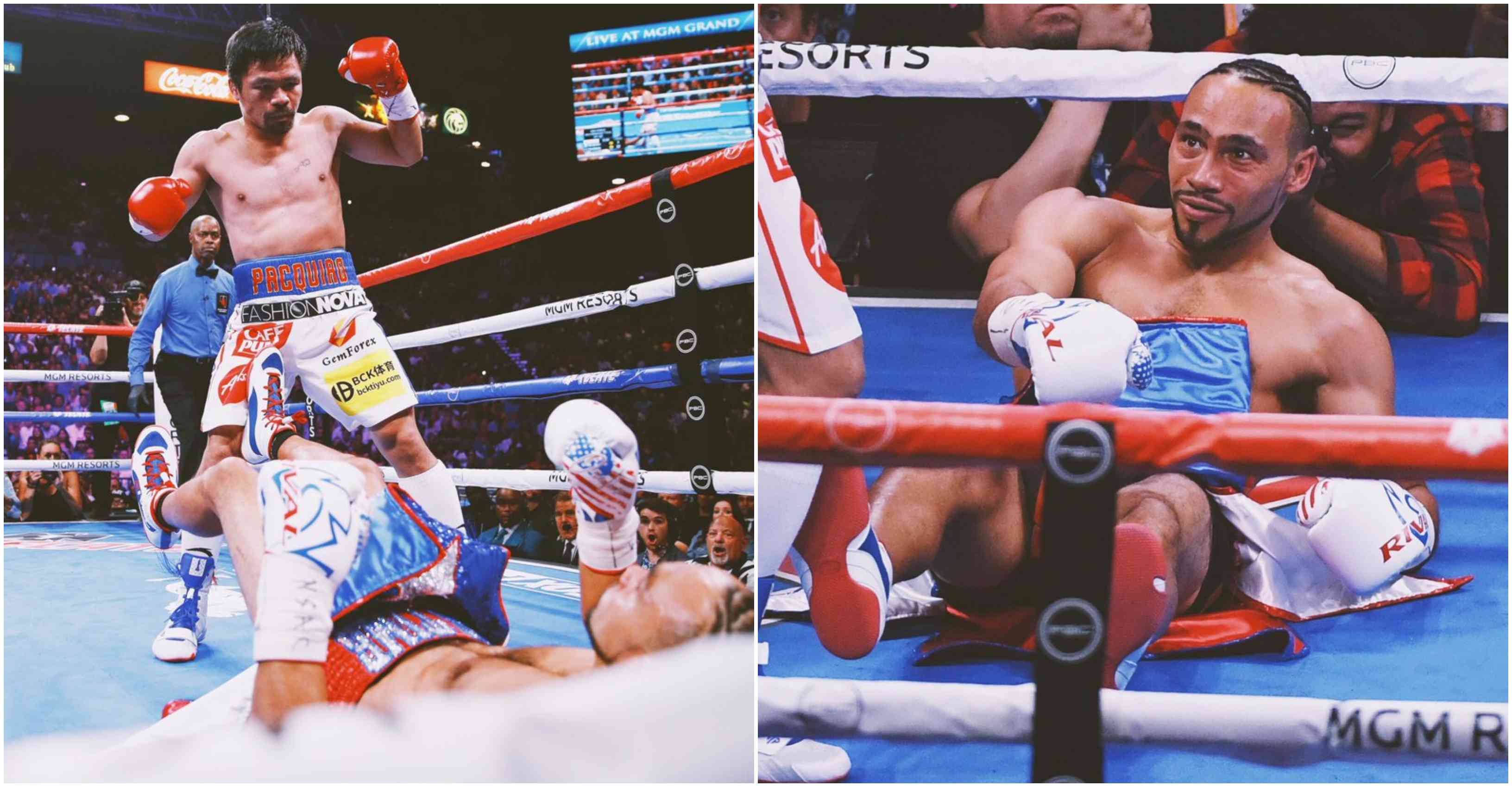 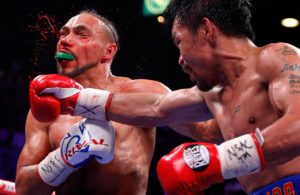 Pacquiao dropped Thurman in the first round. At 40, he's still got it#PacquiaoThurman pic.twitter.com/Z9xbDW2j6G

OMG 😱😱😱😱😱😱
That body shot my Manny Pacquiao took everything out of Thurman
HOLYSH*T !!!#PacquiaoThurmanpic.twitter.com/TYQEGZAYVz

Although after the fight both fighters embraced themselves and showed tremendous respect for each other despite the trash talk which took place during the promotion of the fight.

“I’m not the kind off boxer to be a talker, just promoting the fight,” Pacquiao said. “I think we did a lot off things [to promote the fight]. He did his best, and I did my best to make the people happy.”

“I really loved the fans. Thank you so much for coming here and witnessing the fight,” Pacquiao said. “I’m sure you were happy tonight because you see a good fight. Even though Thurman lost, he did his best. He’s not an easy opponent. He’s a good boxer, strong. I think I’m just blessed tonight.”

Who do you guys want to see Pacquiao fight next?