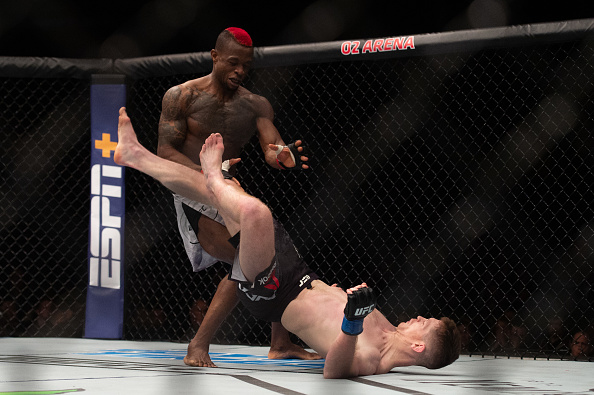 If things had gone wrong in his last fight, Mark Diakiese might not have been in UFC London at all. In fact, it appeared that Diakiese was about to quit UFC and try his luck elsewhere. In a recent interview, Diakiese talked about how things had almost changed for him.

After his initial three-win run in UFC, Mark Diakiese was looking to be one of the most promising newcomers. However, what followed made things look bleak for the future of the star in UFC. He lost three fights back-to-back over the course of the last two years. In a recent interview, Diakiese revealed that after the last loss, he had wanted to be released from the UFC.

“After the last fight, I wanted to get released (from contract), because I felt I’m young and learning, but I’m getting beat by mistakes.” – h/t MMA Junkie

However, he was not granted release, and at UFC London, he finally broke the streak. He defeated Joseph Duffy, in a dominant Unanimous Decision victory, which saw the fighter come away with the win. The announcement that he had won, was more than he could take, and he broke down in tears.

Diakiese is now on course to rebuilding himself, after the win. He is in no hurry, nor does he need to be.