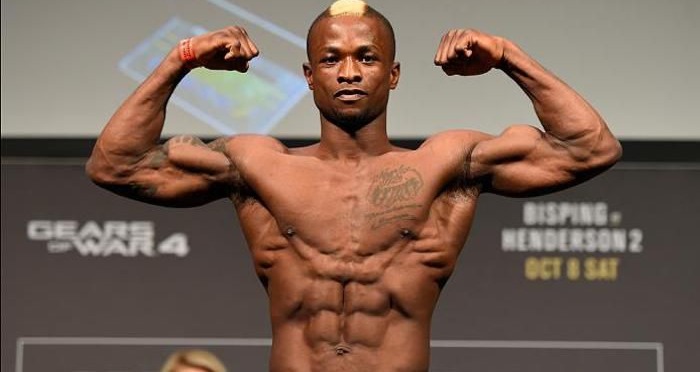 Marc Diakiese has just signed a new contract with the Ultimate Fighting Championship for a fourth time.

Marc Diakiese, who is a Congolese-born Brit, worked his way up the amateur ranks of MMA until turning professional in 2013. He was offered a career-changing opportunity to join the UFC only three years later. He fought and triumphed in his debut fight at the UFC 204 in 2016. This gave him the strong start he needed to prevail in the promotion. “Lots of people make it in the UFC but the real skill is staying in the UFC”, says Marc. 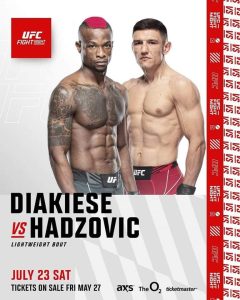 His time in the UFC has come with notable victories and the world-renowned promotion has taken notice and rewarded Diakese with yet another contract. “I’ve signed another four-fight deal with the UFC. This is the fourth contract with the promotion. I would like to personally thank Dana White and Sean Shelby for their continued support.”

As he continues to maintain a foothold in the UFC, Marc is preparing to take on another opponent in the octagon. Coming in hot with a 15-5-0 fight record in the lightweight division, Diakiese is set to face-off with the Bosnian Bomber, Damir Hadzovic on the 23rd of July. “My next fight is back in the UK so I’m pleased to be able to put on a performance for the UK fans.”

Looks like fourth time’s the charm for this future champion as Marc Diakiese’s star keeps on rising.  The lightweight bout takes place at the UFC Fight Night in London. Tickets will be available from the 27th of May.

Previous articleKhabib Nurmagomedov backs teammate Cain Velasquez: ‘You have to protect your family’
Next articleFind Out the Tips for Choosing an Online Casino