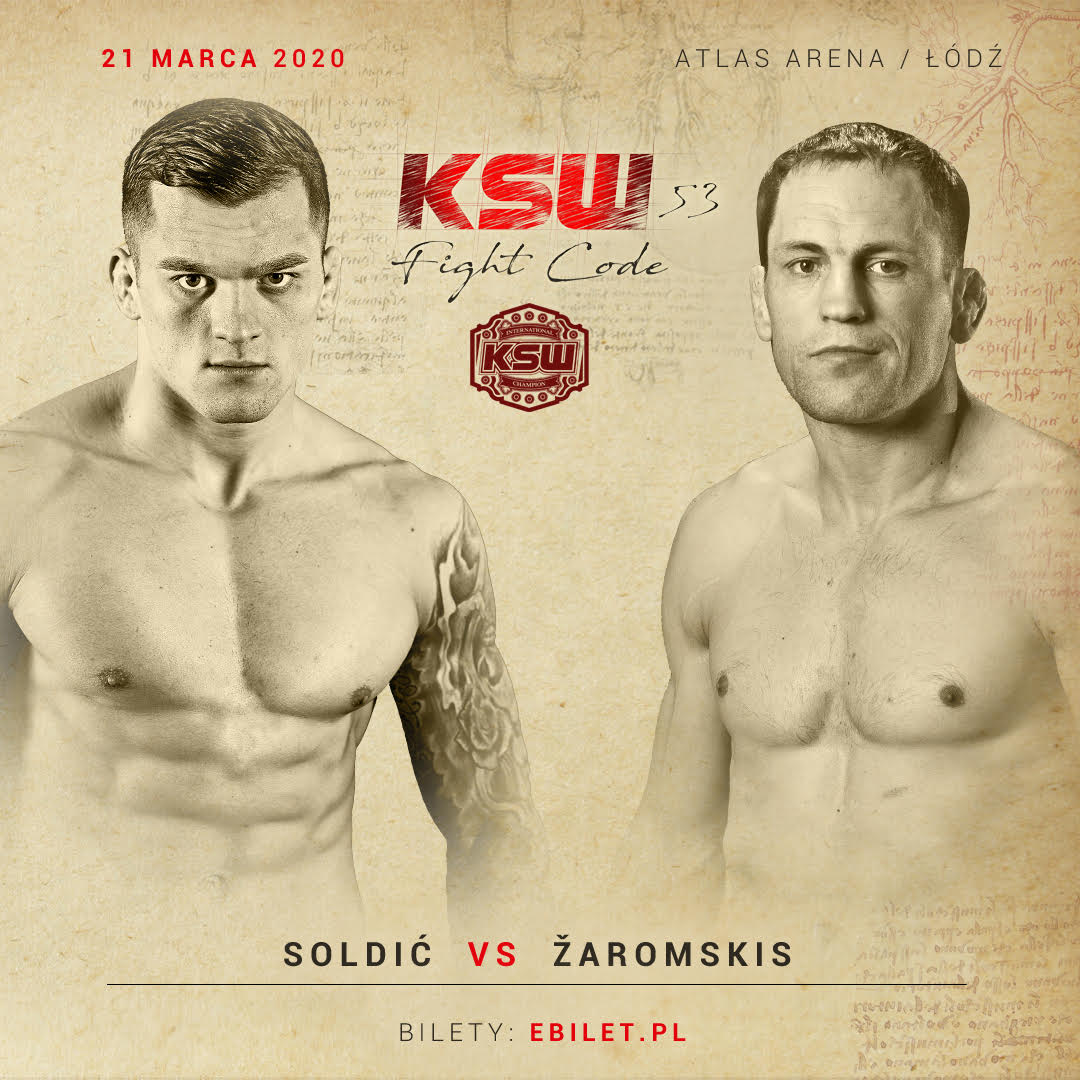 It’s old-school versus the new-school as MMA legend Marius Zaromskis (22-9) will challenge welterweight champion Roberto Soldic (17-3) at KSW 53: Fight Code on March 21 at the Atlas Arena in Lodz, Poland.

A former DREAM champion and a veteran of Bellator, Cage Rage, & Strikeforce, 39-year-old Zaromskis comes into KSW for the very first time with the hopes of adding the KSW welterweight title to his legacy in the sport. The Lithuanian hold career wins over the likes of Sakuraba, Hayato Sakurai, Nordine Taleb, and is known for his extremely wild style of attacks and unpredictability.
Champion Roberto Soldic has emerged as one of the top prospects in the entire sport ever since making his debut at KSW 41 in 2017. The Croatian, still just 25-years-old, has had a number of devastating finishes in the promotion including knockout wins over Dricus Du Plessis and the previously undefeated Krystian Kaszubowski. A fight with Zaromskis will present Soldic with his highest profile international fight to date.
KSW 53: Fight Code will be available to watch live around the world on www.KSWTV.com.
KSW 53 Fight Card
Main Event
Heavyweight
Mariusz Pudzianowski (13-7) vs. Quentin Domingos (5-1)
Co-Main Event
Welterweight Title
Champion Roberto Soldic (17-3) vs. Marius Zaromskis (22-9)
Middleweight
Michal Materla (27-7) vs. Patrik Kincl (22-9)
Heavyweight
Michal Wlodarek (8-2) vs. Denis Stojnic (13-3)
Light Heavyweight
Stjepan Bekavac (19-10) vs. Przemysław Mysiala (23-10-1)
Welterweight
Kamil Szymuszowski (17-6) vs. Albert Odzimkowski (11-4)
Lightweight
Gracjan Szadzinski (8-3) vs. Bartlomiej Kopera (9-5)
More Fights TBA

Previous articleJANET TODD STUNS STAMP FAIRTEX TO WIN ONE ATOMWEIGHT KICKBOXING WORLD TITLE BY SPLIT DECISION
Next articleARES 2 SET FOR BELGIUM WITH TALEB VS. WOUTERS AND MORAGA VS. SANDOVAL