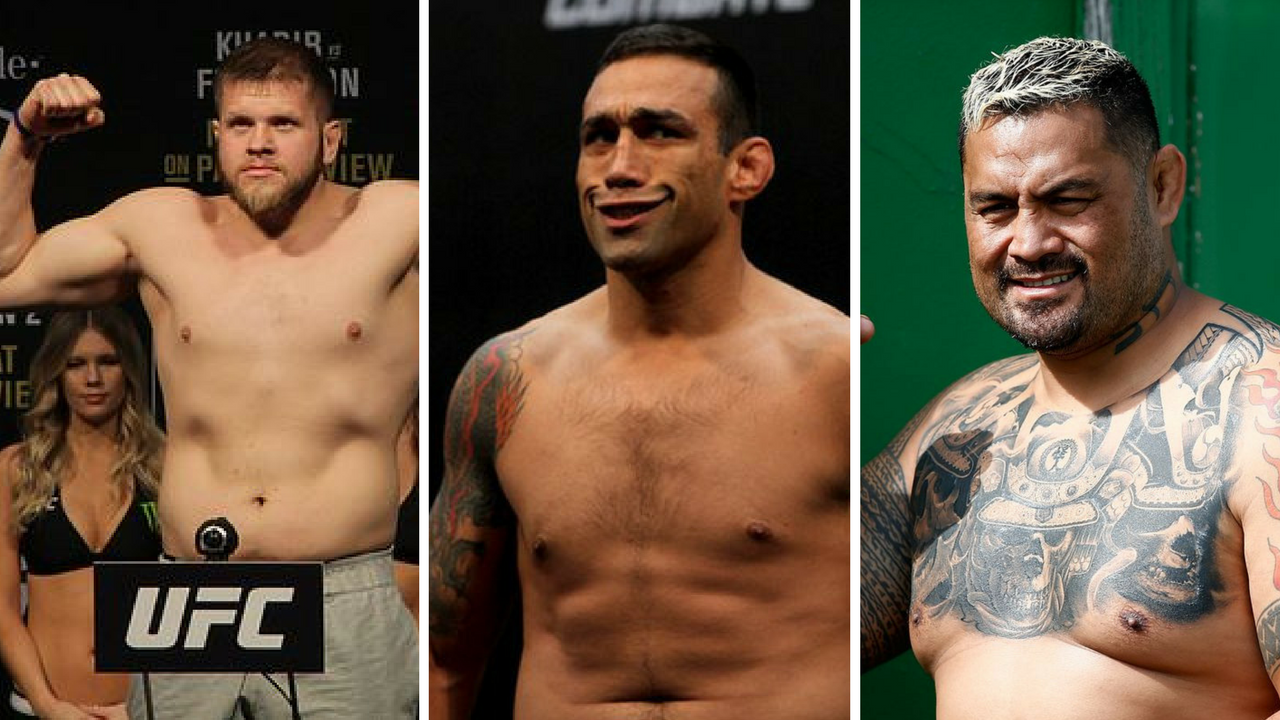 Mark Hunt is not a happy man suffice it to say…because the UFC feels he has issues…medical issues which are apparently related to the mental issues he spoke about recently…so the UFC took him off his upcoming fight against Marcin Tybura at UFC Sydney on Nov 19th.

So Mark Hunt let his displeasure be known in no uncertain terms in a instagram post which…let’s say….was mildly abusive and also threatened another lawsuit …saying he had already spent $100,000 on his camp and that the UFC should have got a medical test done on him rather than just rely on a interview in which he was taken out of context. 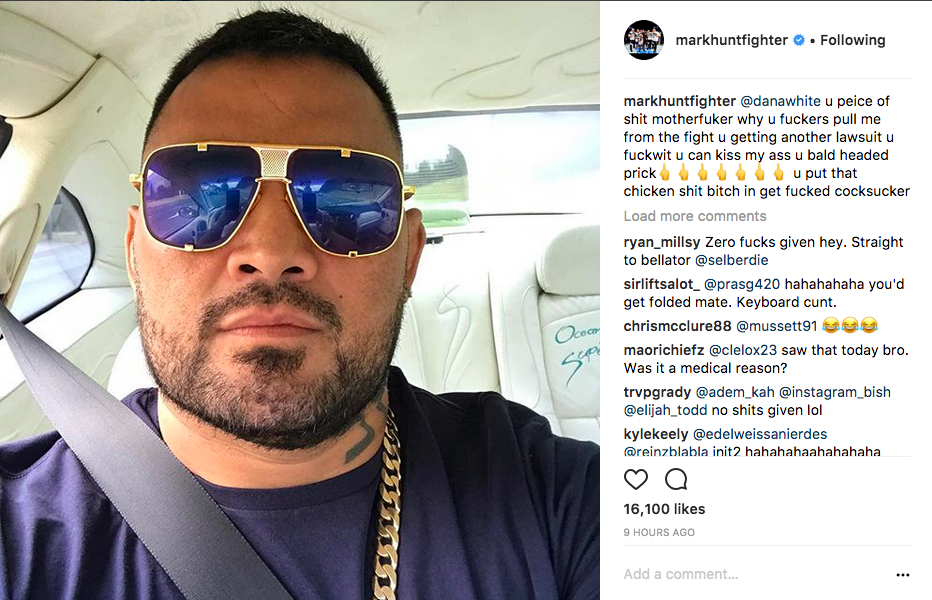 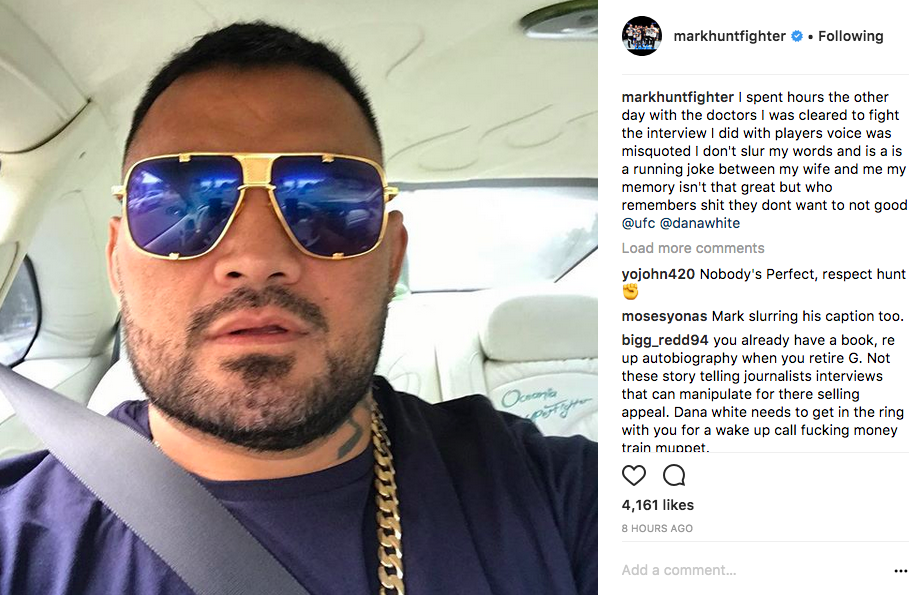 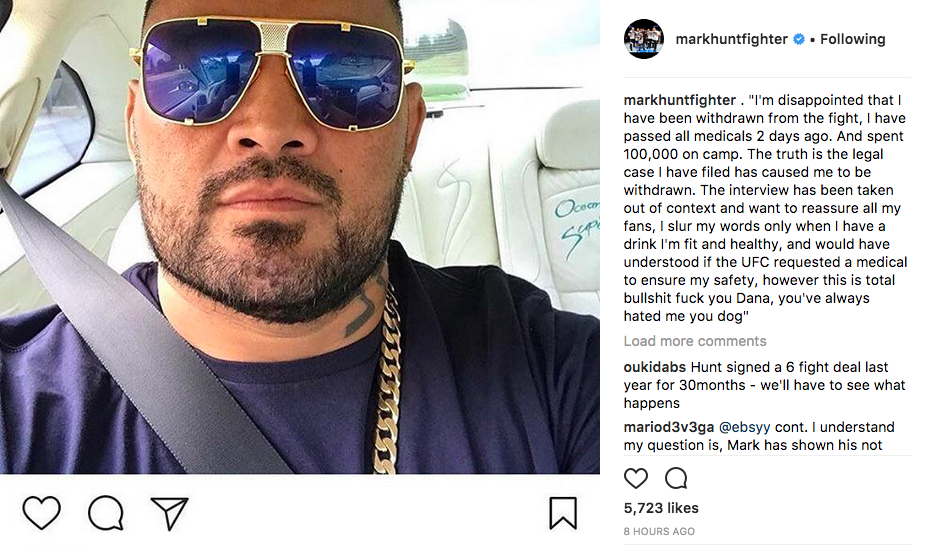 Mark Hunt recently TKO’d Derrick Lewis at UFC Auckland and Fabricio Werdum was supposed to fight Derrick at UFC 216 but as everyone knows,that fell through and he ended up fighting and beating Walt Harris. Marcin Tybura’s last fight was a winning effort against Andrei Arlovski at UFC Singapore.

Let’s see if Fabricio Werdum can be as big a pull for the Australian audience as Mark Hunt is. 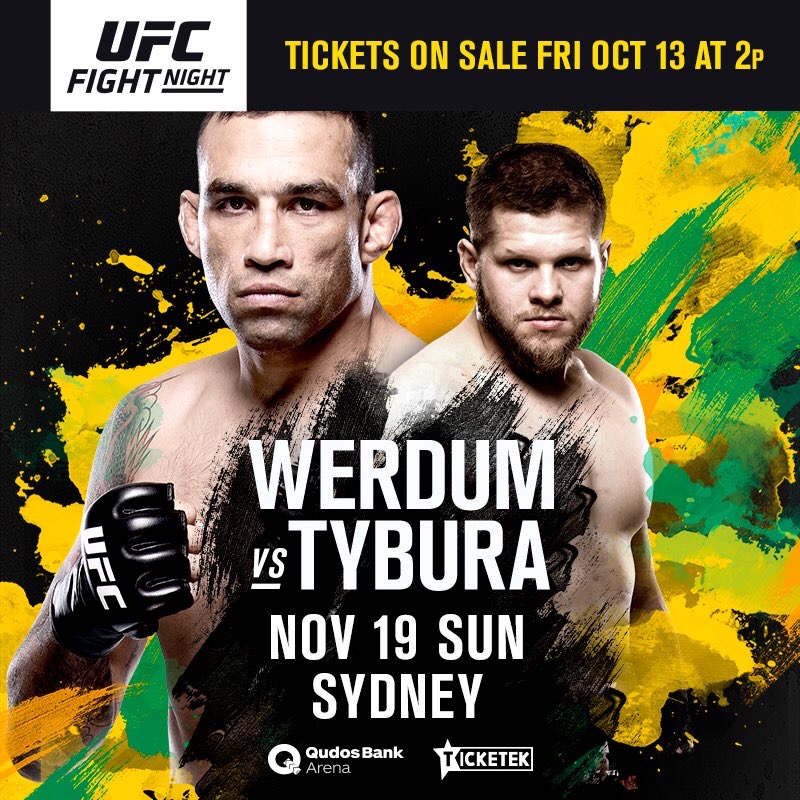