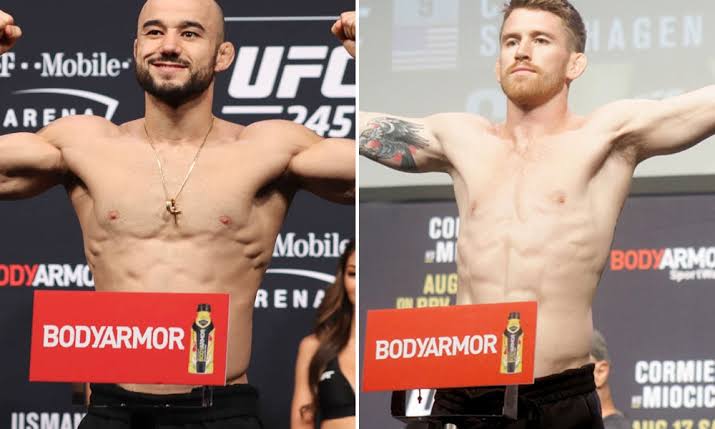 A bantamweight barn burner is headed our way as former title challenger Marlon Moraes will take on young prospect Cory Sandhagen for an event in October.

The news was reported by BJPENN.com. The venue for the event hasn’t been announced yet however it expected to be either Fight Island in Abu Dhabi or UFC Apex in Las Vegas given the conditions.

The fight will be a pivotal bout in the bantamweight title picture. A win will have either of the two, a step towards the title. 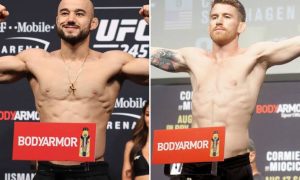 Moraes on the cusp of a title shot!

Moraes fought former flyweight champion Henry Cejudo for the vacant bantamweight title at UFC 238 back in June last year. He showcased brutal kicks in the first round and had Cejudo in a world of trouble. However, he ran out of gas as Cejudo was able to use his wrestling to take a TKO win.

Moraes, however, got things back on track with a huge win over former featherweight champ Jose Aldo at UFC 235 in December last year. Many people thought Aldo had done enough to have won the decision. A win over a young contender like Sandhagen would erase all doubts against him and take him a step towards the title. He stands as the #1 ranked contender in the division.

Sandhagen looking to get things back on track!

That earned him probably a virtual title eliminator against Aljamain Sterling at UFC 250 in June. Sandhagen faced a first round submission defeat against Sterling, thus halting his title rise for a while. However, a win over a #1 contender like Moraes, will have him right in contention for the title.

The UFC bantamweight division is the most stacked than it has ever been. Especially with newly crowned champions Petr Yan, calls for more interesting match ups. Currently, Aljamain Sterling is expected to be the front runner to fight for the belt.