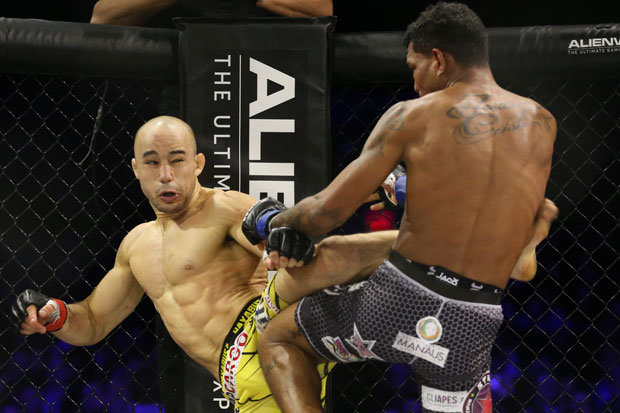 Former WSOF champion and #4 ranked UFC bantamweight Marlon ‘Magic’ Moraes (21-5-1 MMA, 3-1 UFC) is on a three-fight win streak. With back-to-back lethal finishes of top 10 fighters in Aljamain Sterling and Jimmie Rivera respectively, Moraes is now the top contender to challenge for the title.

However, he knocked out Jimmy Rivera in 33 seconds back in June and it’s been four months since and he is still waiting for a chance to fight for the title. 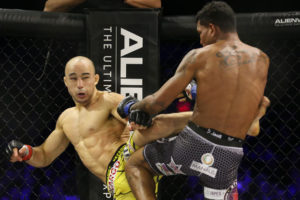 However, it doesn’t look like Moraes is getting a shot at Dillashaw anytime soon as there have been talks about him fighting Henry Cejudo. But Moraes isn’t very happy about it and has said that Dillashaw doesn’t want to fight top competition.

“I feel like [Dillashaw] doesn’t want to test himself,” Moraes told MMA Fighting. “He wants to fight the fights that he can win. I think stylistically if he fights Cejudo, it’s an easier matchup for him. That’s a no-risk fight. What’s Cejudo gonna do to him? Cejudo is gonna take him down, but he’s gonna get up. He’s a way better striker than Cejudo. I see him with the edge. I don’t think it makes sense.”

He also believes that Demetrius Johnson should get an immediate rematch against Henry Cejudo, who he lost to in August in a very close fight, thereby ending Mighty Mouses’ UFC record of 11 straight title defenses.

“I think automatically Demetrius should get it any time he wants,” Moraes said. “That was the GOAT of the division and the UFC. Give that guy some respect. He deserves that shot. That’s no way to talk about the GOAT of all the divisions when you still didn’t fight that guy again.”

“If Dillashaw wants to have two belts, fight me,” Moraes said. “I’m still champion. I still carry the championship belt. I’m still the World Series of Fighting champion. He wants big fights, he wants to fight champions? I’m a big fight, too.

“I’m a risky fight. He knows. If I don’t take this now, I’m gonna keep coming and one day I’m gonna get this.”

Previous articleAli Abdelaziz retorts with his own round by round analysis of the UFC 229 fight….and it isn’t polite
Next articleSean O’Malley out for 4 months with hip surgery while USADA situation unravels