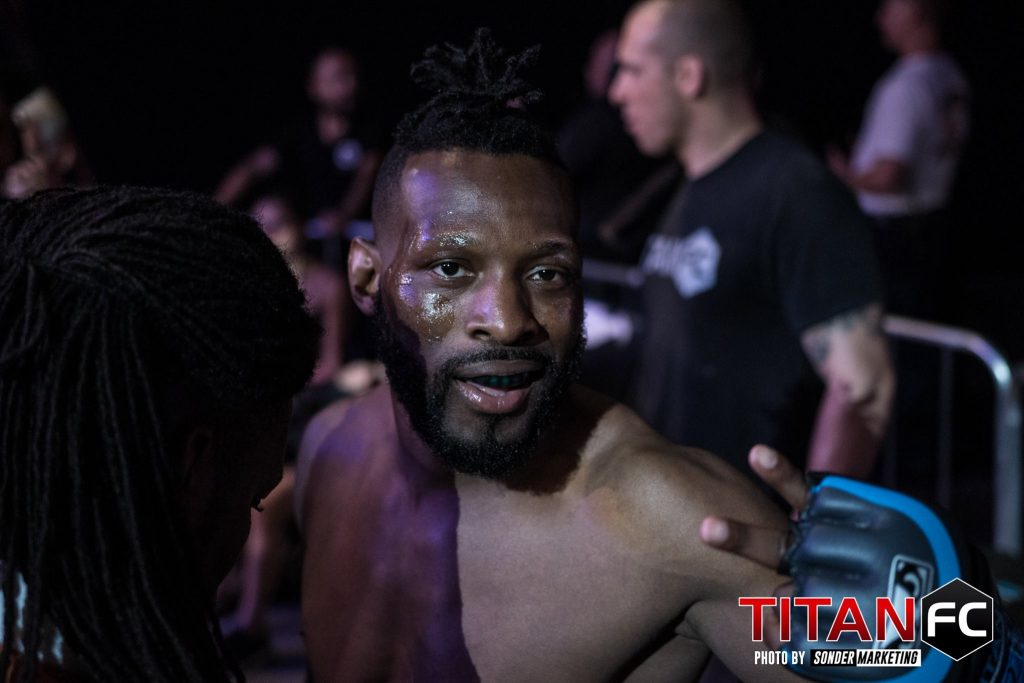 Martin Brown, the Titan FC lightweight champion, came in one pound too heavy for his scheduled October 19, five-round affair with the Dominican Republic’s own Johnasser Paulino. As a result of Brown not being able to make the required championship weight of 155-pounds, Titan FC officials have stripped him of the belt.

“It was a heartbreaking decision,” said Titan FC COO Lex McMahon.  “It’s heartbreaking but at the same time it is protocol and it had to be done.  Champions must come in on the mark during a title defense, and because Martin Brown came in at 156 pounds, we have to follow the rules and take the belt from him.”

McMahon said that the fight will go on as scheduled but now only Paulino has an opportunity to win the title.

“If Johansser Paulino wins the fight tomorrow night, he will be the new Titan FC lightweight champion.  If Brown wins, he wins, but he does not go home with the belt,” McMahon said.