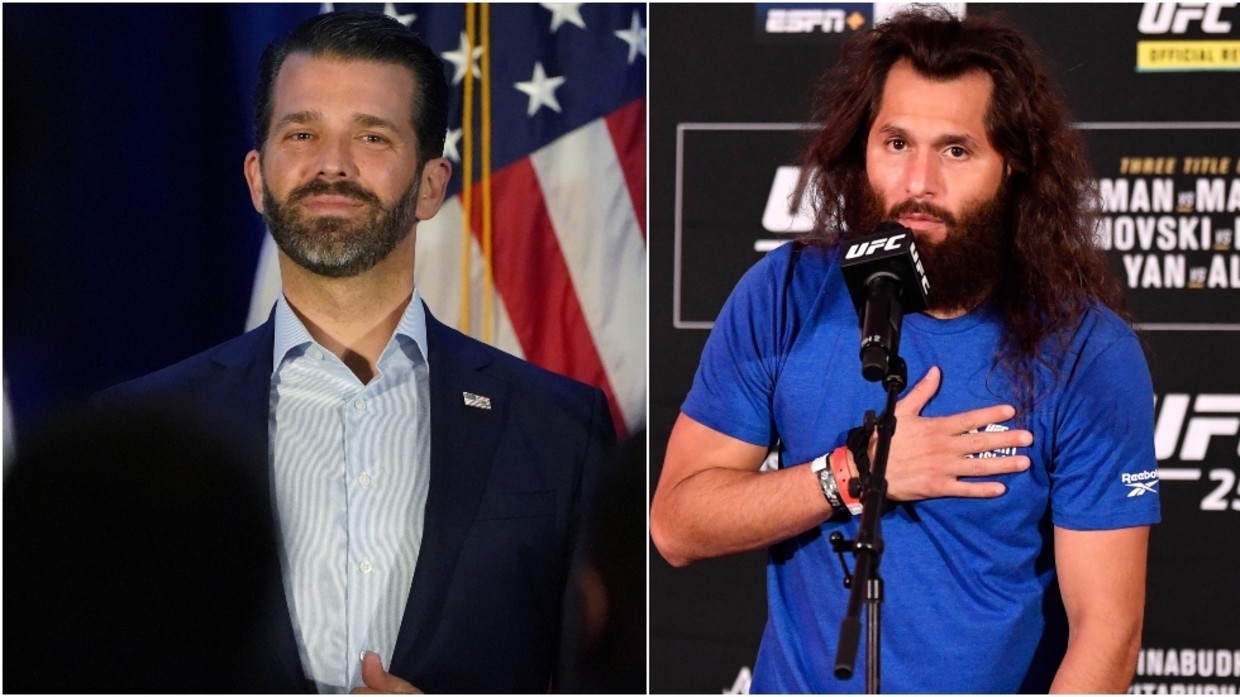 Star UFC fighter Jorge Masvidal will join Donald Trump Jr. on the campaign trail for a series of events in the key battleground state of Florida this weekend ahead of the 2020 presidential election, according to a report Tuesday. 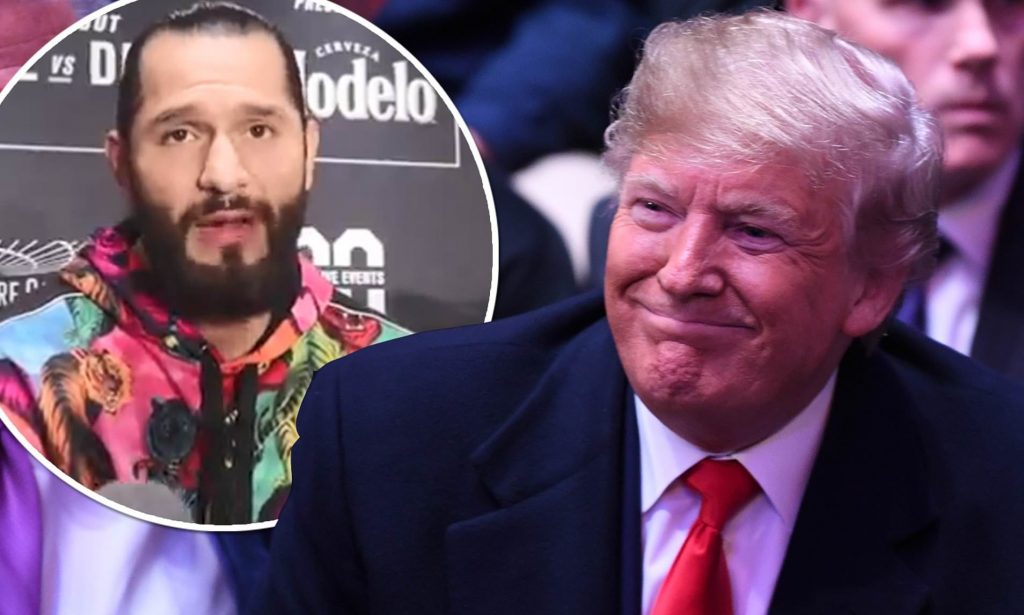 Masvidal and Trump Jr. will participate in a “Fighters Against Socialism” bus tour on Saturday, ESPN’s Ariel Helwani reported. The duo will hold rallies in Tampa, Orlando and Miami with “numerous fighters” expected to participate, though it’s unclear who else plans to join Masvidal.

“The anti communism bus tour will be arriving at a city near you,” Masvidal tweeted.

The anti communism bus tour will be arriving at a city near you #supernecessary https://t.co/p8RDrmdKrW

Jorge’s father defected from Cuba as a teenager to escape the Castro regime, according to TMZ. Earlier this month, Masvidal was in attendance at a “Latinos For Trump” event at Trump National Golf Club in Doral, where the president praised his record-setting knockout victory over Ben Askren in July 2019.

“That was the fastest [knockout],” Trump said at the event. “What was it? About a second? Two seconds? You ran across the ring and the guy was gone and that was the end of it. Did they have to pay you for that evening or not? Because one second… that’s a good return. Great to have you, man. I’m a big fan.”

Masvidal: The next mascot of Trump in UFC ?

Trump has developed a sizable following among UFC fighters since entering the political sphere. UFC President Dana White is a prominent Trump donor and spoke on his behalf at both the 2016 and 2020 Republican National Conventions.

Trump was also present during Masvidal’s victory against Nate Diaz in New York City back in November 2019. It was the first time that a sitting U.S. president attended a live MMA event. 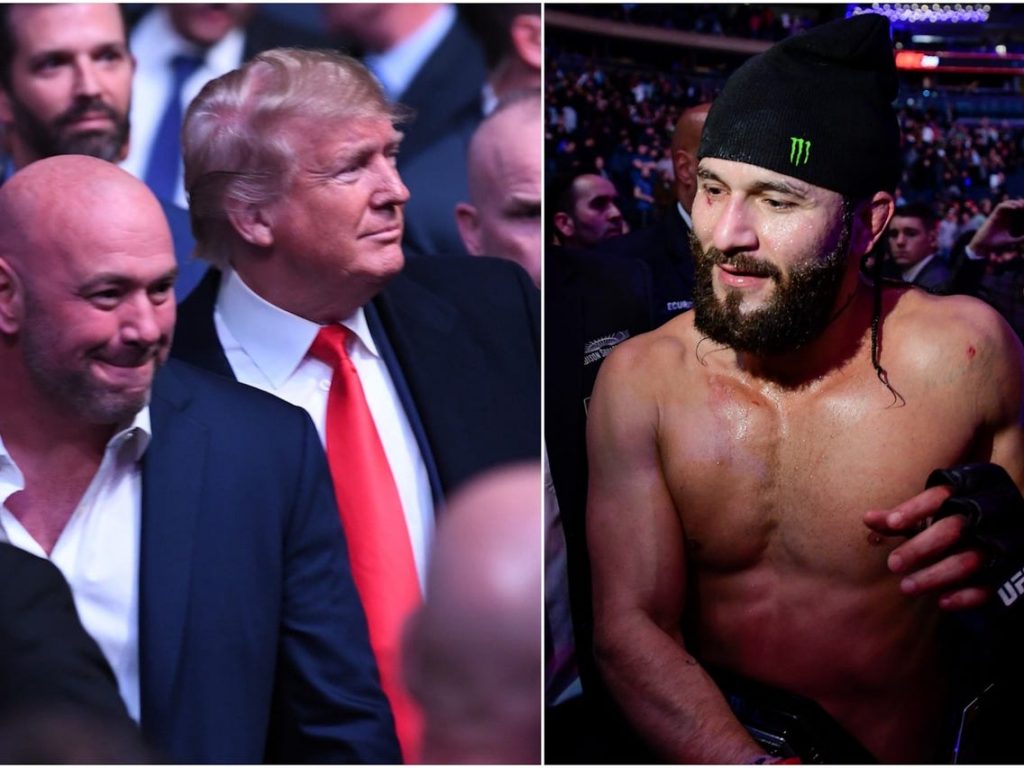 The UFC welterweight has long been vocal about his disdain for socialism. During a recent interview, Jorge Masvidal — who is of Cuban-American heritage — explained that he “stands against communism, socialism, even democratic socialism — anything that’s flying under that flag that’s saying, ‘We’re going to do all these great things for you, we’re going to give you all these free benefits here and free benefits there, but we’re going to take your freedom away.’ I’m against that.”