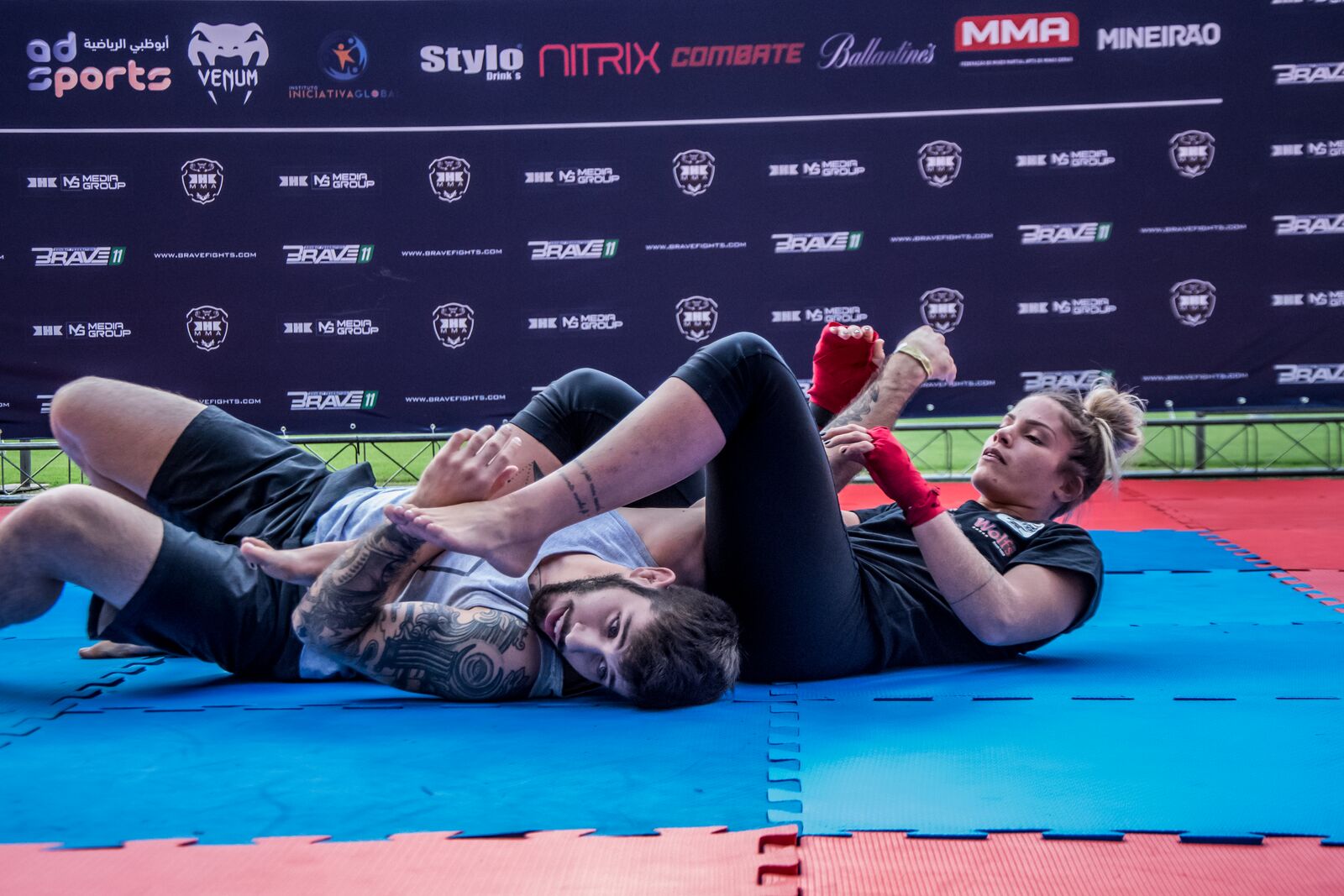 Our Friday Fighter this week is the 22-year old Thoisana Singh who hails from Thoubal village in Manipur and has a professional record of...
Read more
Fight Calendar

Our Friday Fighter of this week is rising Indian MMA Star Roshan Mainam Luwang. He holds a professional MMA record of 5-2-0 with his last...
Read more
Fight Calendar

UFC on ESPN: Holm vs. Aldana

Pretty much every professional athlete will mention his family members, close friends, and partners as their main motivation and source of support, in order to deal with the tough routine of the sport and the pressure for results.

These close people, especially the partners, end up quite often giving up their time with the athletes, due to their intense training, traveling, and competition routine. 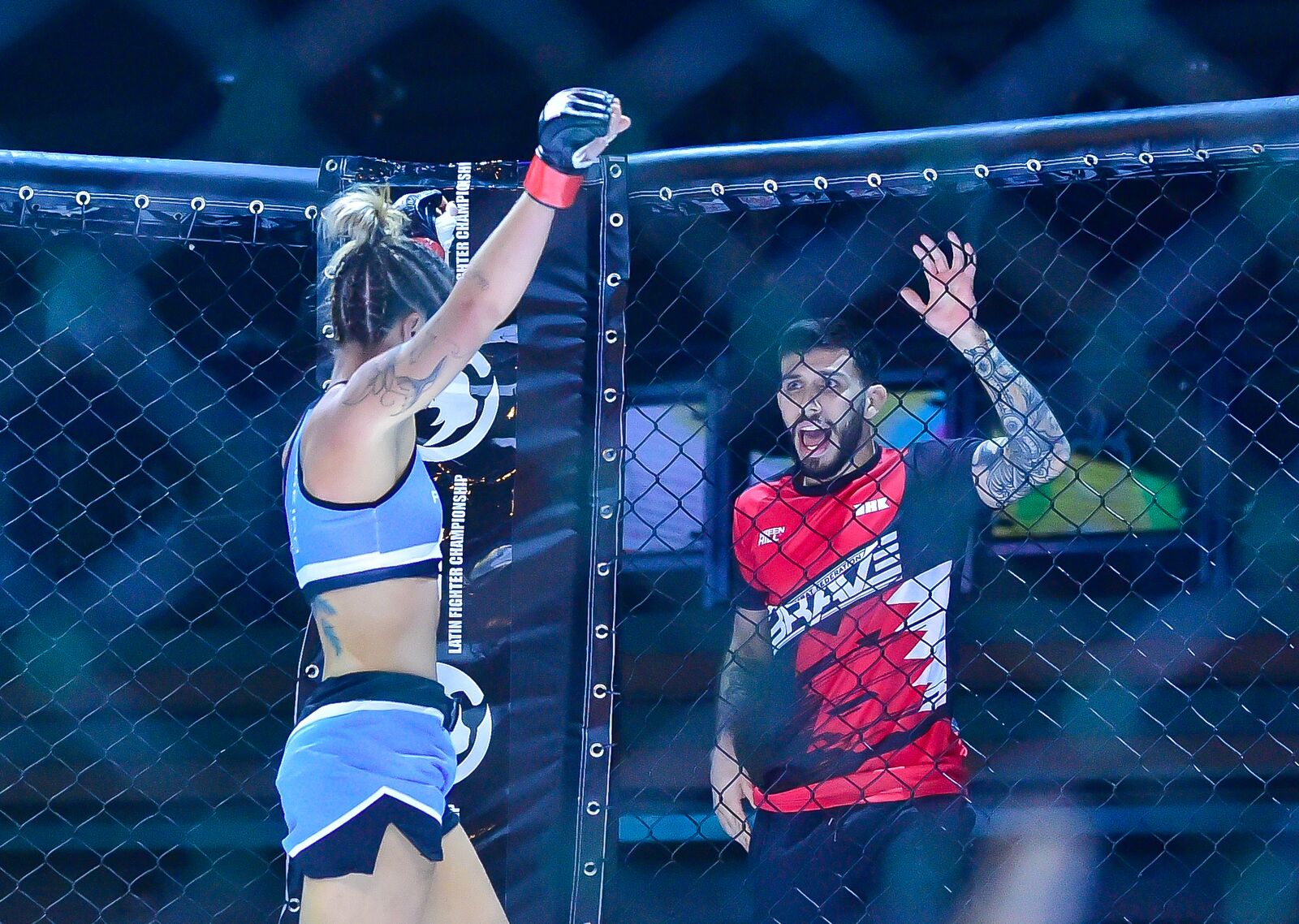 But if your partner is also a professional in the same sport? And more, if you both compete for the same organization? That dream scenario is the reality for Brazil’s Matheus Nicolau and Luana Pinheiro at BRAVE Combat Federation.

Originally a judo athlete, Luana left her home state of Paraíba, in the Northeast of Brazil, and moved to Belo Horizonte, roughly 2,000 km away, in order to join the Minas Tênis Clube team, one of Brazil’s most prominent multisport teams. In her new town, she met her current boyfriend Matheus Nicolau, also a martial arts practitioner himself.

While Matheus garnered national and international experience in Mixed Martial Arts, Luana made her MMA debut later, following the boyfriend’s steps. But, if Nicolau was the first to reach the sport, Luana was the first one to sign with BRAVE Combat Federation.

The judo specialist’s debut under the Bahrain-based promotion banner took place in April 2018, when she beat her fellow countrywoman Elaine Pinheiro via submission. Around one year later, Matheus Nicolau finally signed his agreement and joined Luana at BRAVE CF’s roster.

Matheus’ first test at BRAVE CF took place at home, in Belo Horizonte, where he faced Felipe Efrain. In a tough contest, Nicolau was the winner and secured his victorious debut, while having Luana, already in an advanced stage of her weight cut process, on his corner.

The reason why Luana was cutting weight in Matheus’ corner is that she was scheduled to make her BRAVE CF comeback only a week later, in Bogota, Colombia, against Venezuela’s Yasmeli Araque.

Matheus barely had time to celebrate his first BRAVE CF win and boarded alongside Luana to the Colombian capital, where Luana once again showed her grappling skills and submitted her rival. Before 2019 was over, Luana reached her third consecutive BRAVE CF win, this time via knockout, against Helen Harper.

UFC Heavyweight Francis Ngannou took to Twitter and vehemently voiced his displeasure about the current landscape of the heavyweight division. ‘The Predator’ has been...
Read more
Articles

Mike Perry and his ex-wife had a lot of things going on between them. Recently Perry's ex-wife made domestic abuse allegations against him which...
Read more
Articles

The fight between UFC lightweights Islam Makhachev and Rafael dos Anjos which was originally going to take place at UFC 254 now has been...
Read more
- Advertisement -