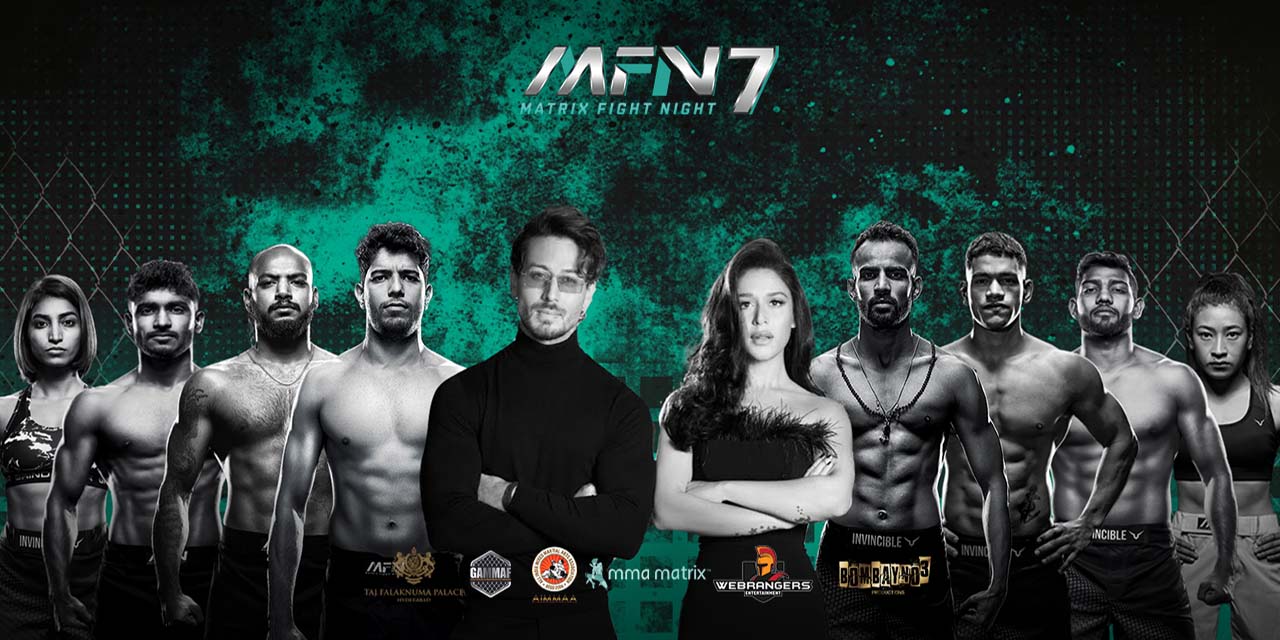 Great news for the mixed martial arts fans in India as Matrix Fight Night (MFN), the country’s first-ever MMA promotion is returning with their upcoming event Matrix Fight Night 7, set to take place on 10th December at the Taj Falaknuma Palace in Hyderabad.

MFN 6 had taken place in Dubai in September, which makes MFN 7 the first Matrix Fight Night event taking place in India in the last two years, heading for the Telangana capital next month.

The main event of MFN 7 will feature a featherweight bout between Abdul Azim Badakhshi (11-3-0 MMA) vs. Marcelo Guarilha (16-8-0 MMA). Badakhshi, aka “The Afghan Lion”, hails from Kabul, the capital of Afghanistan, while Guarilha, aka “Guara”, is from the Brazilian municipality of São Cristóvão.

How to watch MFN 7 from India

If you are an avid mixed martial arts fan who belongs from India, you will be excited to catch the Indian MMA promotion’s event as Matrix Fight Night 7 goes live from 7 pm IST onwards on 10th December.

To watch MFN 7, head over to BookMyShow to purchase the pay-pew-view for ₹99.

Previous article
Ritu Phogat Fires Away At Stamp: She Has No Answer To My Wrestling
Next article
Dustin Poirier says he will move up to welterweight after he defeats Charles Oliveira at UFC 269