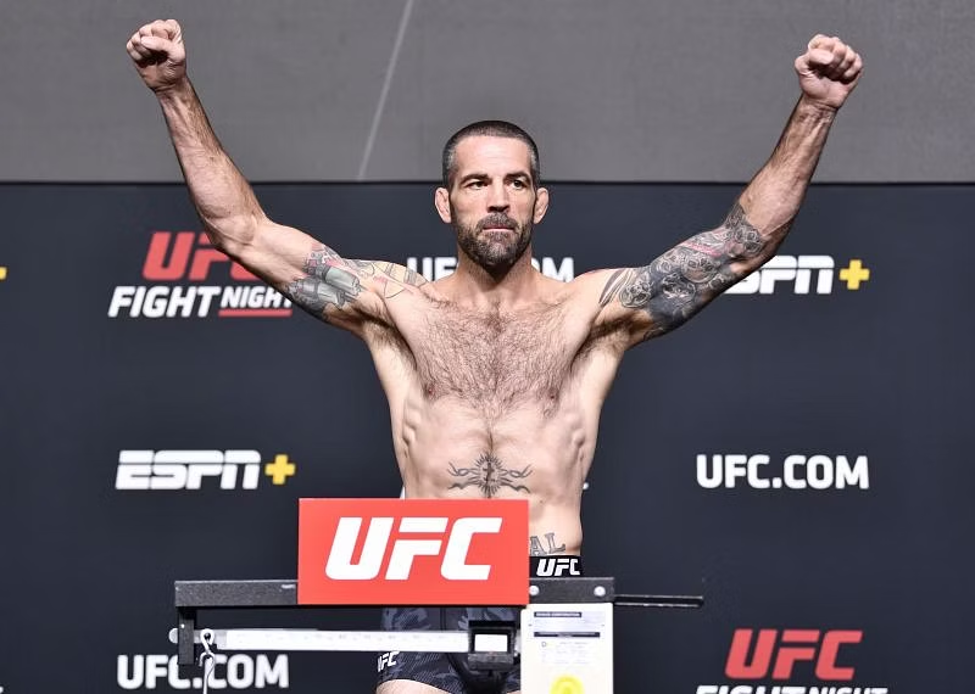 How To Enjoy Playing On Live Casino Sites

Did you know that Matt Brown holds the UFC record for most knockouts of all time in his category? This is not a small achievement for the Jamestown, Ohio-born UFC fighter. Matt was born on January 10, 1981, and this Middleweight or Welterweight fighter could have taken a different path had he followed his family’s line.

Various articles have described Matt’s father as “borderline” abusive. Matt grew up in a “uber-conservative” family, and he was expected to be a machinist and take over his father’s shop after he grew up. Even though he could build different things from a tender age, Matt felt that he was meant to achieve even more.

Matt had a normal life growing up but struggled with the normal challenges faced by many teenagers. He struggled to fit in high school as he attended Greeneview High School. He would later live in a small town where he worked as a machinist. However, this town had a limited amount to offer in terms of growth. Matt ended up in the den of drugs and alcohol out of frustration and boredom.

Matt was known for meth use in this era; he also used cocaine and heroin. The nickname “The Immortal” was born after Matt survived a heroin overdose in his early twenties. He got into many street fights during this era, spent time in prison, and was even homeless for some time.

During his drinking days, Matt could experiment with MMA submissions with his friends, drawing inspiration from the VHS tapes he bought. His first fight was during one of his cocaine-fueled trips, where he had gone to support and watch a friend fight. He ended up signing up for a fight a few hours to the deadline. He bought a mouthpiece in a local store and was ready for his first competitive fight. As luck would have it, Matt won this fight even though he was not formally trained. Charged up by the day’s activities, Matt signed up for another fight that night. However, he was beaten badly, and lost a decision.

His major turning point was when he landed a role on The Ultimate Fighter, a reality TV series that recruited thirty-two fighters. Matt gained his entry into this six-figure UFC contract after winning against Josh Hall in the preliminary round through a TKO. His first opponent was Jeremy May, who he defeated in the first round through a head kick KO. Matt was very determined but was eliminated in the quarter-finals by Amir Sadollah through a triangle choke.

He held a 2-0 record as an amateur fighter and was now ready for a bigger challenge. In 2007, Matt defeated Douglas Lima in the International Sport Combat Federation (ISCF) East Coast Welterweight Championship. The referee stopped this fight as Matt landed uncountable blows on his opponent at 2:50 of the second round. Seems like that win was a great motivation, as Matt Brown has since been tossing opponents in the UFC ring since then.

“When I walked into that gym for the first time, I said to myself that this is what I want to do for the rest of my life”, Matt said in a past interview. “I tell everyone that I am married to MMA and I am a committed husband”. 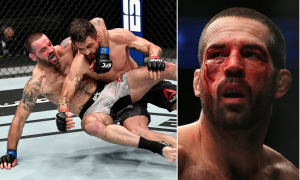 Matt has a great following in the UFC space due to his high-spirited fights. Many sports betting fans have shown their love for this fighter by placing various bets in his favor. Matt has recorded 23 wins and 19 losses in his professional career.

There are many betting options for a fighter with such a record. Matt fans can bet on a general win or a win through TKO on Caesars Ohio Mobile App available in both Apple App Store and Google Play Store. However, Matt’s odds of winning will depend on factors such as his recent form and the stats of the player he will be facing. Matt has proved over the years to be a worthy fighter to watch as he always brings a hell of a fight and hits really hard, irrespective of whether he wins or not.

As of this writing, Matt’s most recent fight was at UFC Columbus against Bryan Barberena in March. Matt had a bad day in office as he lost this fight to Bryan through a split decision.  “I definitely thought that I won. I believe the common consensus was that I won, but these judges…” Matt expressed his dissatisfaction with the judges’ decision.

Michael Bell and Eric Colon, two of the judges, gave Matt 28, while Bryan got 29 overall.  According to Bell and Colon, Matt won the first round, while Barberena won the second and third rounds. Andrew Adkins, the third judge, scored the fight 29-28 in favor of Matt Brown. He gave Bryan the second round and gave the rest to Matt.

Matt Brown outside of MMA

It is okay to have some perceptions of our favorite celebrities that we always see on TV screens. Even though Matt Brown is ruthless in the ring fighting his opponents, he is a cool guy in the outside world. Matt is brilliant, explaining why he is at the top of his career.

Matt is the co-founder and co-owner of Immortal Coffee and also the owner of Immortal Martial Arts Center. Matt Brown was a personal trainer before becoming a professional fighter. Brown appears on The Great MMA Debate podcast with Jeremy Loper, Mark Coleman, and Damon Martin.

People who have interacted with him at a personal level know him as a friendly and approachable guy. Matt is the kind of person who will never forget where he has come from and how privileged he is to be where he is today. Matt sometimes surfs in Costa Rica during his free time. He is also a good teacher who is always willing to share training tips and techniques for his professional sport with upcoming and aspiring athletes.