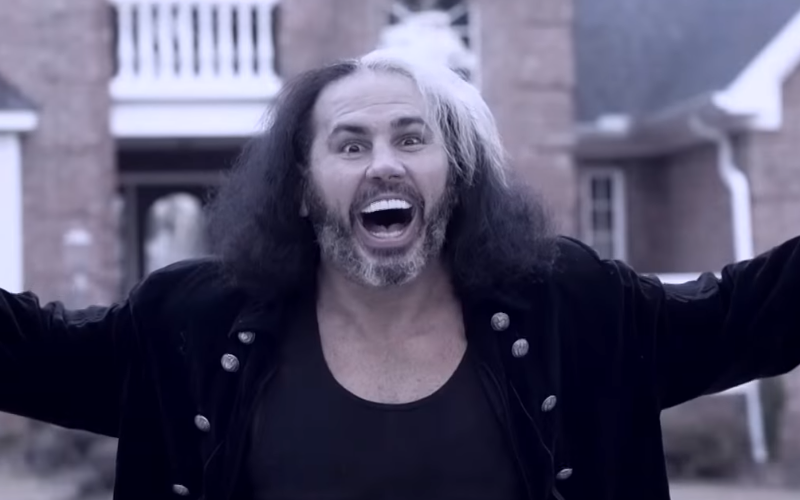 As seen on last night’s episode of Monday Night RAW, Matt Hardy “deleted” Bray Wyatt in the Ultimate Deletion match at the Hardy Compound. All the original members of the Broken Universe made their debuts in the WWE, much to the delight of the WWE Universe.

The match itself was a huge success amongst the fans and even became the No.1 Trending topic Worldwide on Twitter for almost 2 hours. It also received a lot of praise from numerous wrestlers and fans alike.

After the match, Hardy took to Twitter to thank his “Loyal Soldiers” for their support and addressed the success of the Ultimate Deletion:

Tonight was much more than just a professional victory on #RAW for me..

It was an ENORMOUS PERSONAL VICTORY.

I couldn't have done it without YOU, my LOYAL #WOKENWarriors..#UltimateDELETION has been the #1 WORLDWIDE TREND for OVAH an hour now..

Also, commentator Michael Cole received a lot of heat from the WWE Universe for “burying” the segment by saying, “We’re sorry for what you’re about to see” before the match started. Hardy took notice of this and claimed that he’d like to DELETE Cole:

YEEAAAAAASSSSS, #WOKENWarrior.. I've learned of the BLASPHEMY that the OBSOLETE MULE @MichaelCole SPEWED from his MUZZLE.. @Vanguard1AAR, put this HERETIC on your SURVEILLANCE schedule. If this continues, he must be DELETED! #UltimateDELETION https://t.co/UmgS0viWNv

RE-TWEET if you DESIRE to see another #UltimateDELETION on #RAW, maybe..

Matt Hardy created and popularized the Woken/Broken Universe and the hilarious and deep lore that comes with it. This is the first time that Hardy showcased the full potential of his Broken gimmick.

If the WWE Universe keep responding in large numbers as they did last night, then maybe a match-up between the “Large Canine” Roman Reigns and the Woken Messiah for the Title of the Universe doesn’t sound too farfetched at all.

Or perhaps an interaction with Hardy’s favourite villain, Vince “MeekMahan” himself? Who knows. One thing’s for sure, Hardy has tapped into his bizarre gimmick completely and whatever he does now is fated to be entertaining as hell.