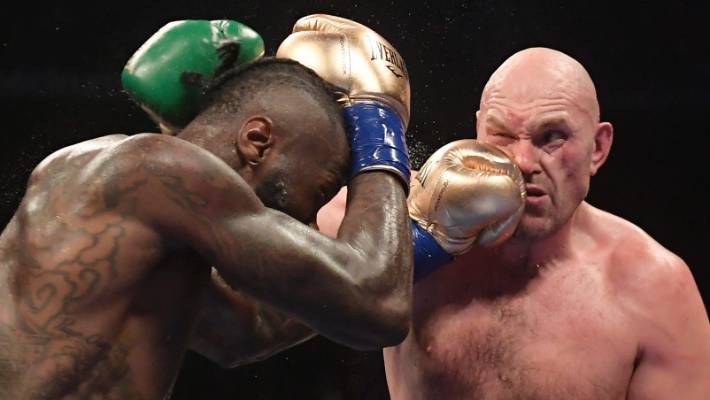 Mauro Ranallo was recently on Ariel Helwani’s MMA Show, where he talked about Tyson Fury’s journey. He also talked about Fury’s battle with mental health problems, something that should worry everyone.

Anyone familiar with Mauro Ranallo knows that the WWE commentator himself suffers from mental health problems. There are very few people who can be as passionate about fight sports as Ranallo, which was evident during the interview.

He talked about Fury’s journey and established that while it mental issues are not an excuse to behave badly, it was impossible not to admire the fighter for his journey.

“Fury ballooned up to 400 pounds upon reaching the apex of the sport, he buried his nose in a mountain of cocaine ala Scarface, he was downing 18 to 19 pints of beer a night, and he was driving his Ferrari at a 190 miles an hour, looking to end his life. Yes, I am getting emotional now, because we live in a world where there is so much negativity. We are all flawed and we all have our idiosyncracies.”

I love @mauroranallo. No one is more passionate about what he does than him.

Case in point: listen to him get emotional talking about @Tyson_Fury. It’s incredible.

Ranallo went on to talk about how Fury had made a lot of mistakes for which he should be held accountable. But he said that it was also important to note what he had done to put his life back on track. He finished off by talking about how admirable it was for Fury to willingly take all of the sufferings of those people with mental health problems on his back.