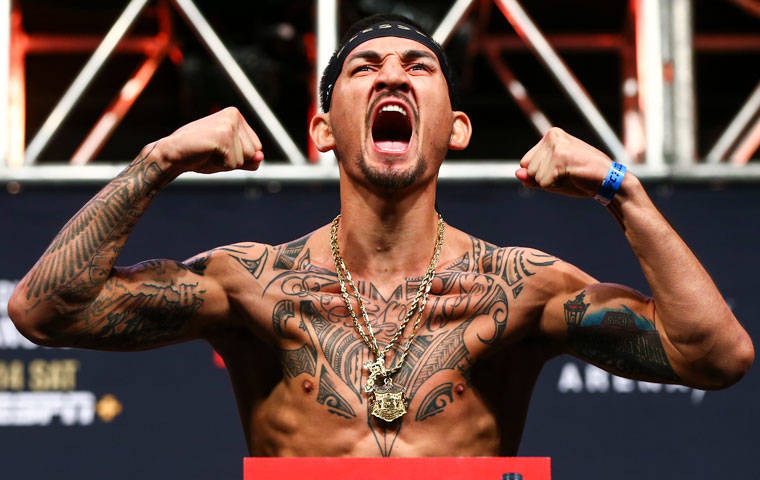 Former UFC featherweight champion Max Holloway is all set to return to the cage this week at UFC’s Fight Night on ABC against rising contender Calvin Kattar at the Fight Island in Abu Dhabi.

Max Holloway is coming off of a two-fight losing streak having lost in championship fights against Australia’s Alexander Volkanovksi at UFC 245 and UFC 251 respectively. Holloway will step inside the ring this Sunday in hopes of avoiding a three-fight losing streak against a surging contender in Calvin Kattar. 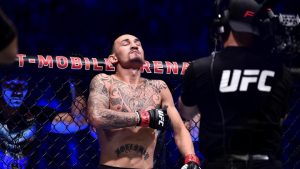 Calvin Kattar is on a two-fight winning streak having beaten Dan Ige via decision at UFC on ESPN 7 and prior to that, he defeated Jeremy Stephens at UFC 249 via KO.

Ahead of his fight this weekend, Max Holloway spoke about his opponent in an interview with Yahoo Sports.

“Calvin is a dangerous dude, and we know he is dangerous because he will be standing across from me, and I’m excited for it. He’s from Boston. People like to talk about his boxing and people like to talk about my boxing, so the fun thing is… Calvin was saying something like I’m overlooking him, this and that. I can’t. How can I overlook you?” Max Holloway said (via MMAJunkie). “He made it here. I’ve got to respect that. At the end of the day, I just can’t wait to fight him. I can’t wait to go in there and see what he has to offer.”

Max Holloway also stated that he was going to do anything to get into title contention even if it means riding on a 10-fight winning streak.

“There’s no talk. There’s no regrets. We did what we did,” Holloway said. “The past is called ‘the past’ for a reason. You move on. You get on with the day, and I’m going to do hard work. This ain’t my first rodeo. I’ve told a lot of people, ‘If I’ve got to go out and get another 10-win streak, that’s what I’ve got to do.’”