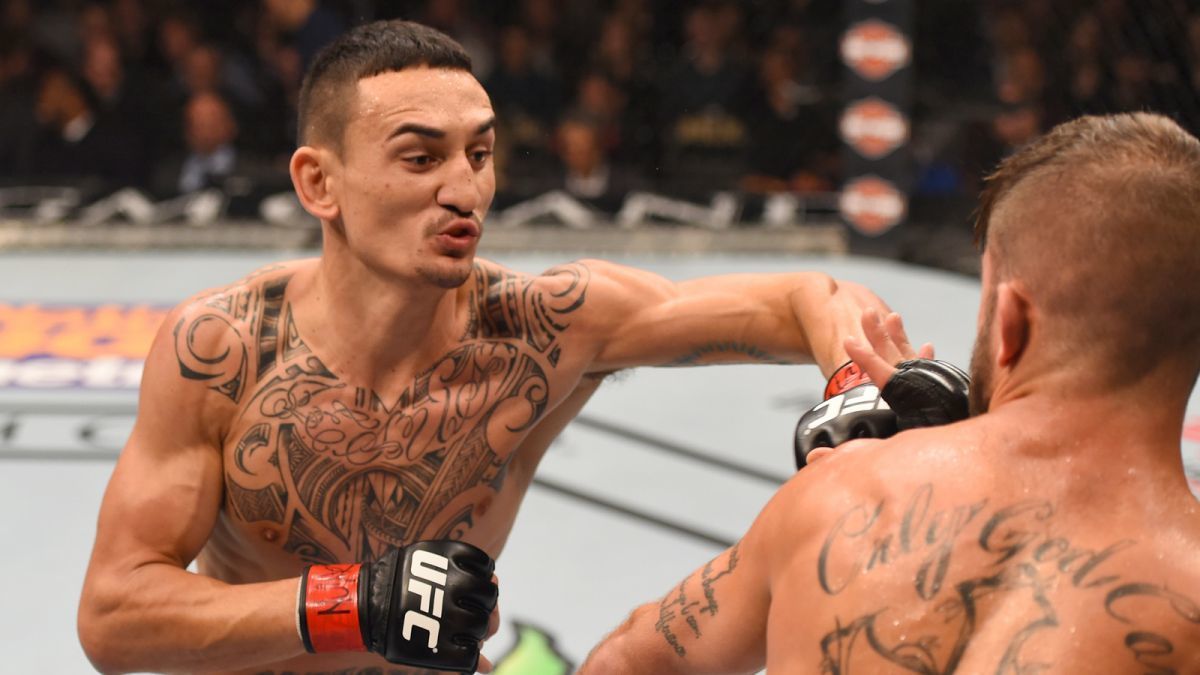 The UFC featherweight champion Max Holloway and lightweight champion Conor McGregor have been trading banter on social media. The pair have constantly been involved in a heated social media war and often throw verbal barbs at each other. “Blessed” has now come out and revealed his side of the story. On a recent edition of MMA Fighting’s, The MMA Hour, Holloway claimed that McGregor is a bully and that he is just standing up to him.

The pair have fought each other before. McGregor had got the better of a really young and inexperienced Holloway back then. However, the Hawaiian has improved leaps and bounds since then. Here’s what Holloway told Ariel Helwani on The MMA Hour:

The guy keeps jabbing at me and jabbing at me, or whatever, and every time I reply they’re like, ‘Why are you doing this? Why are you replying?’ I’m like, ‘Did you guys ever get picked on? You guys like getting picked on? Stand up for your damn self.’ Then the one time I finally — this guy goes and throws a juicy underhand pitch, I take a swing at it and hit it out of the park, and everybody’s all salty. They’re like, ‘Aw, you’re looking for a money [fight].

I ain’t looking for a money fight. This guy’s been trying to bully me the whole time. He’s enjoying his retired life, talking about all this kind of wild stuff, and then the one time I attack him, you guys get on me. Get out of here with that stuff. I know what’s on the timetable, and the timetable right now is (Brian) Ortega, so that’s my full focus.

If that guy (McGregor) wants to fight, I would see a contract. That guy tells Dana [White] what he wants to do and Dana usually does it. So if that’s what you want to do, you want to do it, so be it, but I know Ortega’s up next and I’m focused. I’m focused on him 100 percent.

A lot of people like talking, Until we see a contract, until we see something actually in motion, then I’ll believe it. But right now, talk is talk, and talk is cheap. So I’m not too worried about it.

WWE: AJ Styles says he’s not the best wrestler in the world