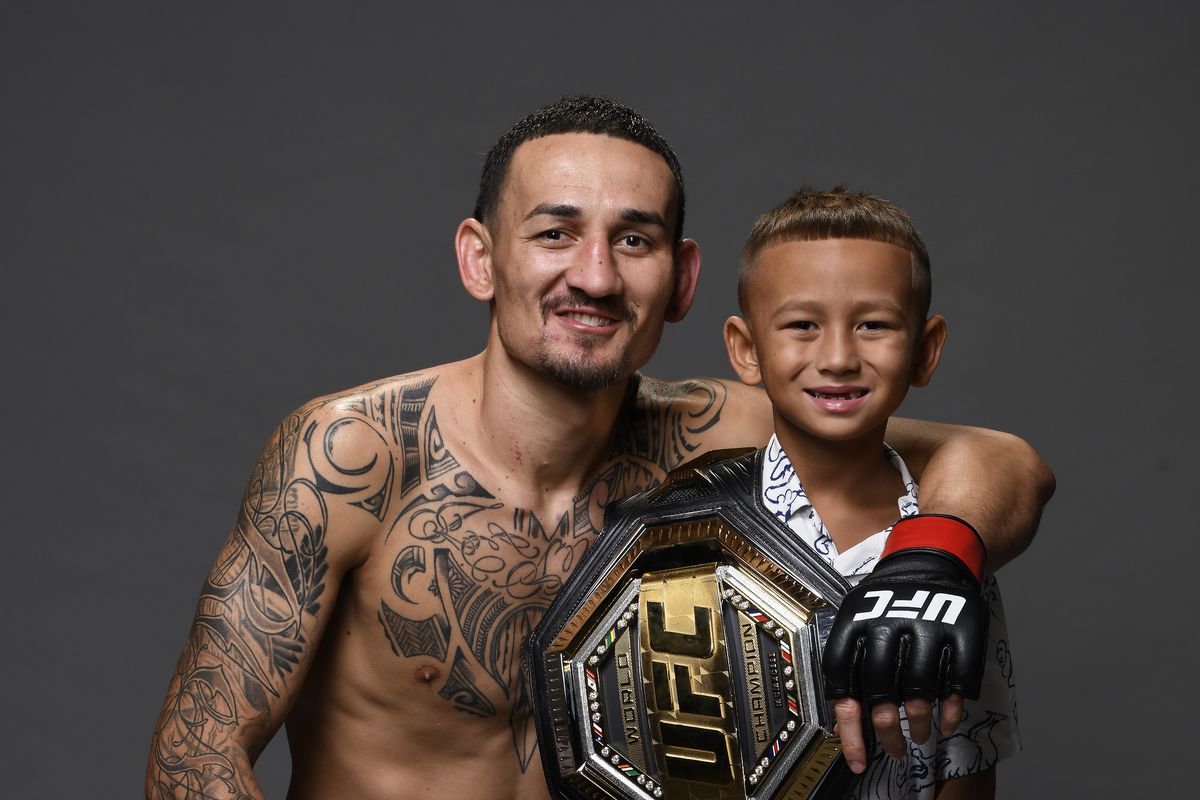 Max Holloway is scheduled to fight UFC featherweight champion Alexander Volkanovski in a rematch at Yas Islands in Abu Dhabi. 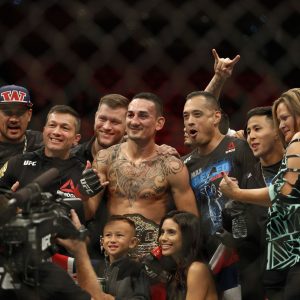 This training camp has been different for Holloway because of the ongoing pandemic. He revealed that he didn’t have a proper training camp and he had Zoom training sessions.

And top of that Max Holloway won’t have his son Rush Holloway aka Mini Blessed in the corner or cage-side like his previous fights. During the media day, he stated that he was trying to get his son into his corner for UFC Fight Island, but age restrictions prevented him from doing so.

.@BlessedMMA says an "age restriction" kept "Mini Blessed" out of his corner at #UFC251:

"That man is my hype man… But he understands how serious this is."

“I tried to get Mini Blessed in my corner, but I think age restrictions stopped that,” Max Holloway said. “Somebody told me that Mike Perry didn’t spar either in his camp and also that he had his girl [in the corner] and I was trying to follow that

“But age restrictions stopped it. He was disappointed, but he is at his home and understands how crazy this is and I got to spend a lot of time with him because of the pandemic,” Max Holloway said.

For the first time in many years, Max Holloway won’t have a title to defend, but instead, he will be fighting to get his title back. However, he insists that he is ready for the challenge.

“I still feel like the champion, to be honest with you,” Max Holloway said. “I mean, everywhere I go, people still call me ‘Champ.’ My mental state is like I’m the champion. I danced the night away after that fight. He kicked me a lot, but I had the edge and outstruck him everywhere else. The only edge he had was in leg kicks.

“He couldn’t take me down. He didn’t hurt me. I had the edge in strikes to the head and strikes to the body. He had the edge in leg kicks, but I’ve been kicked by a lot of guys. Jose Aldo was kicking me in the leg and you know about his kicks, but I lived to talk about it. I’m not worried. I feel like I’m ready. I want to get out there and fight this dude.” (H/T – Yahoo Sports)

Watch: The UFC 251 Cold Open will give you goosebumps!