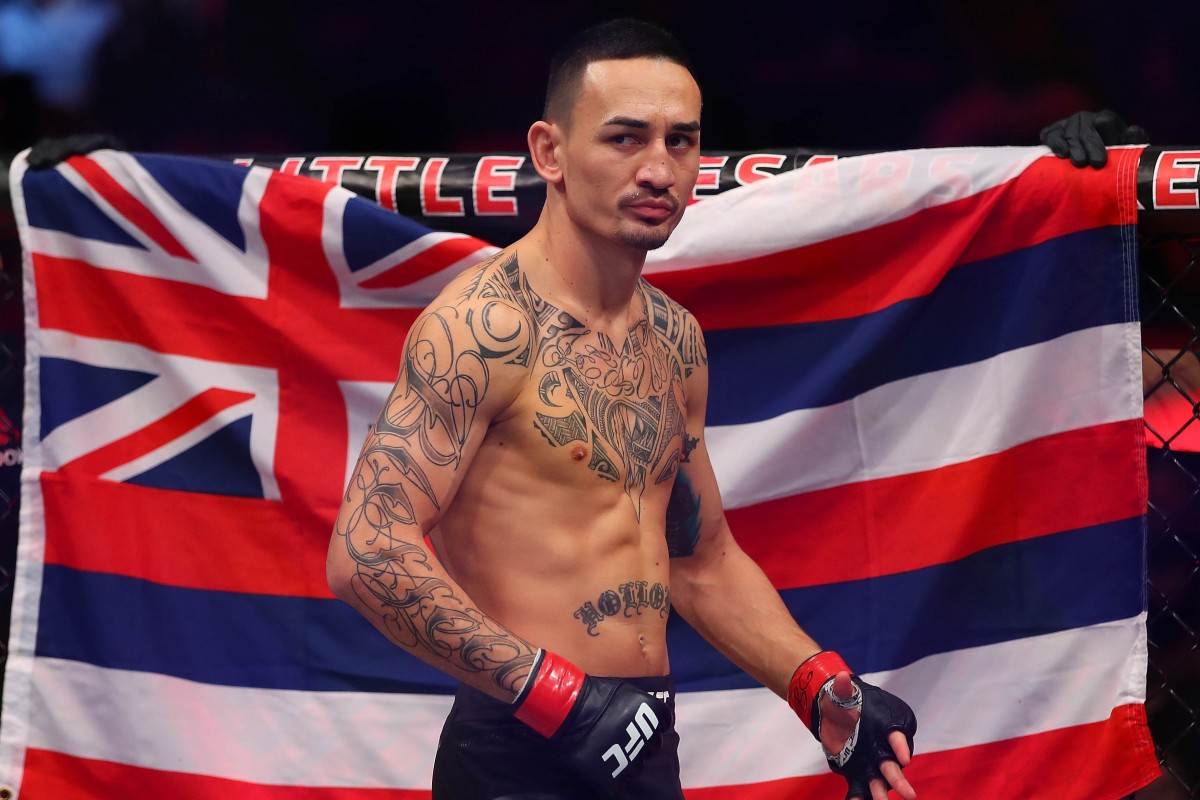 Who is Max Holloway?

Max Holloway is one of the most adored fighters on UFC’s roster. The former featherweight champion is fighting this weekend at UFC 251.

He lost his UFC featherweight title last December to Alexander Volkanovski at UFC 245. The 28-year old from Hawaii suffered his first loss in the featherweight division in six-years and fourteen fights.

He captured the featherweight title back in 2017 at UFC 212 when he knocked out Jose Aldo. Since then, he has had three successful title defenses.

Where is Max Holloway from?

He was born in Honolulu, Hawaii on December 4, 1991. His full name is Jerome Max Keli’i Holloway. He goes by the alias ‘Blessed’ in the UFC.

Who has Max Holloway lost to?

Holloway has a professional record of 21-5. His first loss in the UFC came against Dustin Poirier in his promotional debut. He was debuting alongside Poirier at UFC 143 and lost via submission in the first round.

His second loss came to Dennis Bermudez at UFC 160. Here he lost via a split decision. In his next fight, he suffered his third career lost to Irish star Conor McGregor at UFC Fight Night 26. 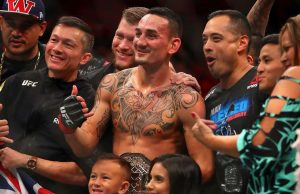 Following this loss, Holloway embarked on a 13-fight winning streak in the UFC and a 14-fight winning streak in the featherweight division. His first loss in nearly six-year came against his former opponent Dustin Poirier at UFC 236 in April of 2019. Both fighters were competing in the lightweight division for the interim title. Poirier managed to beat Holloway via a close unanimous decision in a highly exciting fight.

How many times did Max Holloway defend his title?

Holloway won the UFC featherweight title in 2017 at UFC 212 when he knocked out Jose Aldo. He then defended his title against Jose Aldo in a rematch at UFC 218. He then defeated Brian Ortega via TKO at UFC 231 in December of 2018.

Following his loss against Poirier at lightweight, Holloway defended his title once again against Frankie Edgar at UFC 240.

Holloway will fight this weekend at UFC 251 at Yas Islands in Abu Dhabi. He will be fighting in a rematch against Alexander Volkanovski and will be looking to regain his title.

According to multiple sources, as of 2019, Holloway’s Net Worth is around $2 million dollars.

Holloway is currently divorced. He married Kaimana Pa’aluhi on Valentines Day in 2012. He has a seven-year-old son with Kaimana.

Holloway has a seven-year-old son named Rush Holloway with his ex-wife Kaimana Pa’aluhi.

Holloway has a series of traditional Polynesian tattoos throughout his body. There’s a tattoo with the name ‘Holloway’ inscribed on his stomach and a ‘Jesus’ on his chest.

On his back, there are two wings. One of the angel and the other of a demon. On his arm, there’s the word ‘Blessed’ inscribed on it.

Previous article
Read Paul Felder’s hilarious Twitter interaction with fan who asked him to focus on commentary!
Next article
Kamaru Usman reveals he was about to have his first beer in 10 months when Masvidal fight materialized!
- Advertisement -